I tried to use Twitter a few times last year, but I stopped, but in June of last year Twitter since the death of the late President Roh Moo-hyunIt has been a little over a year since I started in earnest. 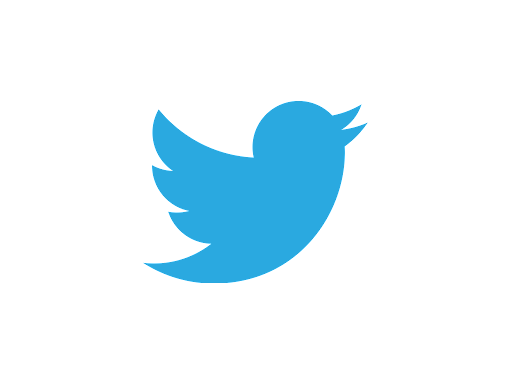 A window to hear the news of the world, search for knowledge

As I was using an RSS reader, I couldn't get into news sites well, and I mostly read the news linked from the blog.

Twitter, which started out of curiosity about when the iPhone will be released, seems to be used as a window to hear the news of the world.

How people are living, what’s the weather like today, what’s social and political news and what’s happening in the IT side, if there’s a parking lot in Seoul Land right now, I’m curious about what it is, I see it this way, what do I think, what’s uncomfortable I've been listening to and talking about what's good and so on from people through Twitter.

This inevitably leads to talk of Google being threatened by Facebook. Not only news sites and blogs, but also commerce and brandos, word of mouth seems to be flowing through social services.

Bulletin boards on the roadside have become bulletin boards on the Internet, and what people are talking about in markets, beauty salons, and bokdeokbang is starting to come through various social services on the Internet. Yonsei people who still go to beauty salons and Bokdeokbang are experiencing this kind of information gap, and maybe this doesn't feel like an information gap.

'Expectations and Concerns about User Experience in the Mobile 2.0 Era' When I was doing art titled ', I mentioned it in the concern part, but I pay attention whenever I see myself tweeting in my hand while meeting people in the real world.

“It’s okay to turn off your smartphone for a while when you’re with good people,” and even a public service advertisement should be put on it.

What I said is my profile

If personal homepage, mini-hompy, and Facebook are like a new avatar or identity on the Internet, Twitter seems to be weaker. Only the tweets that popped up are my profile.

Some people see meXNUMXday as a more private space, while others say that Twitter is more open.

Twitter was inconvenient for me, who was used to bulletin boards with posts and replies and comments. It's hard to know how the story is going. Last year to see the comment thread tweetree.com I wrote pbtweet+ lay down If you don't use these tools, sometimes it's hard to know what you're talking about. Of course, the discussion cannot be very long. Comments are not visible and the number of characters is 140 characters.

But this is getting more comfortable.

No matter who comments, you don't have to feel the burden of replying. I can't even see it on my Twitter home anyway. You talked to me, who was chattering alone in the square, so I try to comment as much as possible.

If someone asks a question or says something on the bulletin board, it still remains, so I think I should reply.

But Twitter can be left alone. Of course, I'm trying to give an answer, and people seem to do it too, but if you can do it right away, you can do it, or you can leave it alone. Then it gets forgotten.

It doesn't have to be your real name

I like this looseness of Twitter compared to minihompy and Facebook, where people show their real names and real faces and talk to people they know well.

In the early years of last year, there were people on Twitter who suggested using their real name and profile picture as a real face, but even if someone like me doesn't like to show their face, they hang a picture of their belly instead of their face, but people follow and talk to each other.

Some people know who I am, but even those who don't know me follow me after seeing my tweets, even if my profile isn't my real face.

View and follow tweets even if you are anonymous. Of course, the identity may be different from the real me.

It's good though. Isn't that what the internet is all about? Just because I stumble in the real world, I can't turn off and on the sluggish computer, and it's difficult to change something like that where I have to come back to life after almost dying. People with disabilities are equal on the Internet.

Of course, it may not end with just the virtual space of the Internet. His real name system tries to control it, but he also meets real people over the internet.

It seems that something loose would suit me in an Internet virtual space where I talk with an unspecified number of people, especially where anyone can see my posts like Twitter.

Cyworld or Facebook, where friend requests and approvals are made, may be a more private space. Knowing who you are can give you approval, and knowing who your friends are or who they are can be a little pretentious.

Twitter can be viewed by anyone and has a lot of personal content, so there is a problem of invasion of privacy. seems to be able to enjoy