I was going to take the airport bus at Incheon International Airport, and I saw a sign telling me to put the QR code on the ticket where the transportation card is.

As I got on the bus, I quickly took out my iPhone and took a picture. 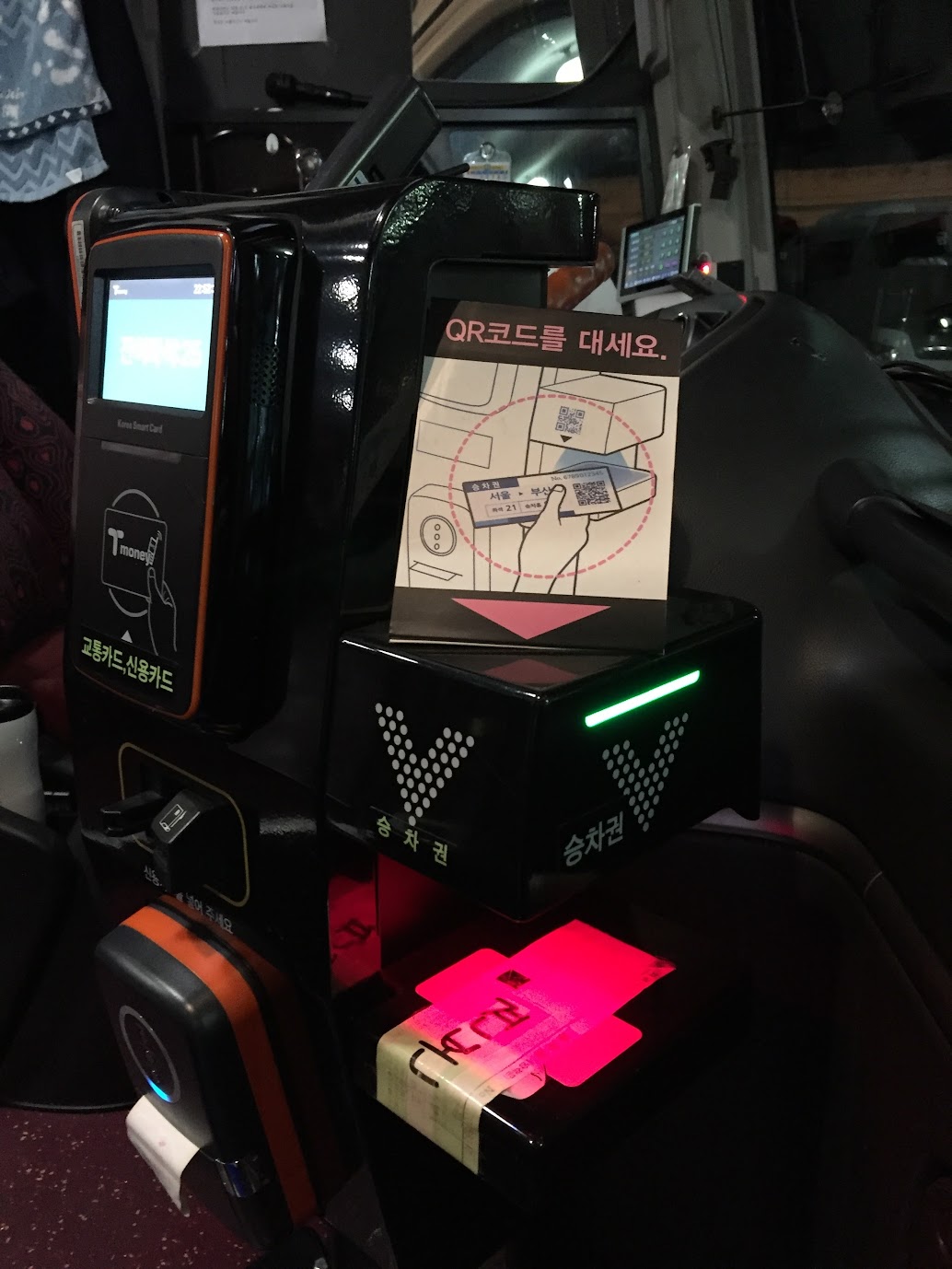 Usually, the bus driver checks the ticket, checks the card, or accepts cash. Such a device seems to allow passengers to check the ride on their own.

It will be possible to reduce the driver's work by allowing passengers to self-check, and electronically checking paper tickets will make it easier to count electronically.

I had the same machine a while ago when I took the highway bus.

They told me to buy an express bus ticket and take a picture of myself when getting on the bus.

In today's express buses, the driver does not take a ticket, and the bus terminal staff receives a ticket at the door and counts and checks it. But there was no such employee.

It was visible at the Gangnam Express Bus Terminal, but not at the target terminal. Maybe it was because it was late at night.

A long time ago, there was a conductor in an express bus. I sat on the passenger sash next to the driver. It looks like a dangerous place, but it seems to have disappeared quickly.

When boarding a city bus, the passenger pays for himself or gives a transportation card. This is a natural situation these days.

I can't remember when it disappeared, but there was a person called a bus guide on the city bus, and when passengers got on the bus, they got paid. 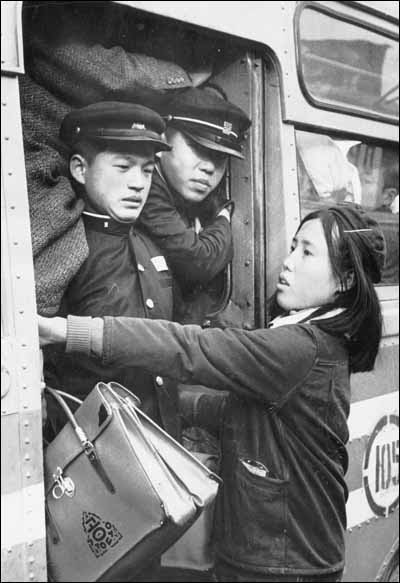 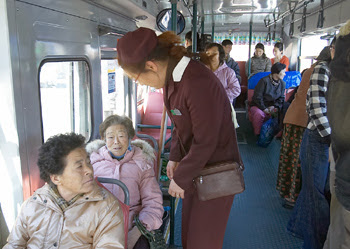 A Chinese teacher in a Chinese class says that there are buses with conductors in China, so they come like ghosts and collect money.

The self-service or DIY (Do It Yourself) trend that customers do themselves seems to pass on the costs of the previous vendors to customers.

Of course, it may be appropriate for the current trend of people who dislike meeting people, or those who want to control everything.

If the customer does it himself, the price should go down that much, but that doesn't seem to be the case in general. Of course, it could be the difference in the standards of how far the price was set, but there is no answer to this.

With the increasing number of machines and artificial intelligence replacing humans, people's technological proficiency and cultural standards are changing.

In the trend of customers having to do it themselves rather than receiving services, shadow laboris increasing, and people who are not familiar with machines or information and communication technologies may be marginalized, and jobs among them seem to be disappearing as well.