I liked using a fire fox, so I used a fire fox logo instead of my face on the messenger.

The designer who designed Mozilla's Firefox and Thunderbird is a British man named Jon Hicks. on his blog firefox logocan see 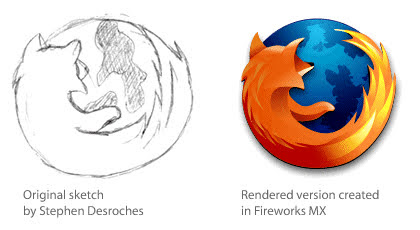 The logo only has the back of the bull fox, but when I went to this site, it also has a face.