There was a talk about trade-in in the opening speech of the radio program <Economics in Your Hands>.

Existing customers pay a price when they bring an electric rice cooker, but in fact, rice cooker companies do not use used rice cookers to recycle. However, the reason for doing this is that it does not give the effect of a price discount to anyone, but only to a clear consumer who is an existing customer who already has a rice cooker.

When buying a new product, if you return the old device, you may pay a certain price for the machine.

Trade-in is a kind of price discount effect and a form of price differentiation strategy.

About trade-in 'Modeling and simulation study on competitive strategy of trade-in sales''A study on trade-in as a price differentiation strategy' The following definition is found in the paper.

According to Kotler (1994), trade-in is defined as 'Trade-in allowances', which is defined as a discount by the value corresponding to the value of a used product when purchasing a new product, and has been frequently used in the automobile industry.

Trade-in is the regular price for new buyers and a discount for existing buyers equal to the compensation price. Thus, the price is differentiated for new and existing customers. 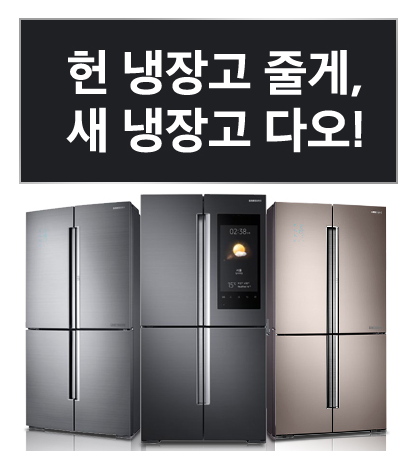 That being said, trade-in seems to have a great meaning as a strategy to keep customers both new and existing customers in the end.

“If you bring an old suitcase, we will give you a 50% discount on your new suitcase”

2. By doing this, however, you can take away not only your own customers, but also those of your competitors.

“When purchasing a new G-Pen, we will compensate you up to 645,000 won for any refrigerator you already have.”

3. Also, if the point of compensation is set to the future, new customers can be retained as existing customers.

“For those who buy a Volvo now, 5% of the car price will be compensated when purchasing a new car in 50 years”

In this way, the replacement cycle of existing products is shortened, and the existing customers are not lost to competitors, and demand for new products of the company is drawn.

[Naver Knowledge Encyclopedia] Trade-in (Hankyung Economic Glossary)Looking at it, it seems that trade-in sales should not be mistaken for a special discount under the Korean Fair Trade Act.

Trade-in sales are, in principle, distinguished from special discount acts under the Fair Trade Act, but are often used as anomalous discount acts.

The Fair Trade Act prohibits advertisements with terms or discount rates and comparative prices that may be mistaken for special discounts beyond the original purpose of trade-in sales for customers who use their own products.

A typical trade-in sale is when mobile telecommunication companies bring an old mobile phone and exchange it for a new one at a certain discount rate.

When thinking about how to retain existing customers and attract new customers, it would be good to consider trade-in sales.