So, in my case, the right option key on the MacBook keyboard is mapped to the key to delete the character on the right side of the cursor and used.

DoubleCommand I was able to do it, but it doesn't work on the latest Mac OS and it doesn't update.

Up to Mac OS X 10.11 CarbineI was using , but it doesn't work on macOS Sierra yet. 홈페이지is being checked frequently and is still under development.

Because the delete button is often used when typing on a MacBook BetterTouchTool I was looking for a way to do it using .

BetterTouchTool does not provide a function to map the right option button to Fn+delete, but I tried using the key sequence function and it worked!

1. BetterTouchTool Downloadable and install it

2. Press 'Change Key Sequence' in Global as shown in the screen below. 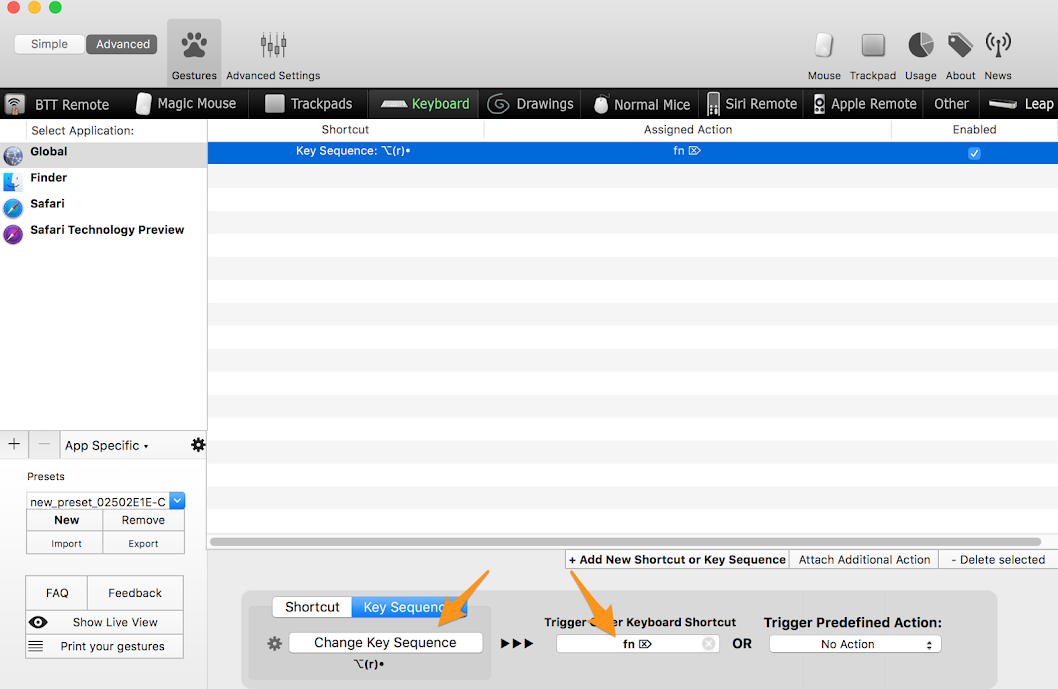 3. On the screen that appears, press 'Start Recording', press the right option key you want to map to, and then press 'Stop Recording'. Then, as shown in the figure below, turn off the required check of Key UP. If the check is not turned off, event 2 occurs when the key is pressed, when it is pressed and when it is released.

4. After closing the window, click 'Trigger Other Keyboard Shortcut' below, and press the delete key while holding down the function key.