I went to the HCI conference held in Phoenix Park in Gangwon-do every February at the Korean HCI Society. It's a conference that the team goes to an annual event every year, but this year, I didn't really want to go, so I decided to go only to those who didn't want to go. But in the end, the team members took it together and decided to just go.

This conference is held every February at Phoenix Park in Gangwon-do. That's why people call it a ski society. In fact, if you register for the conference, you can get a 2% discount on Lyft. 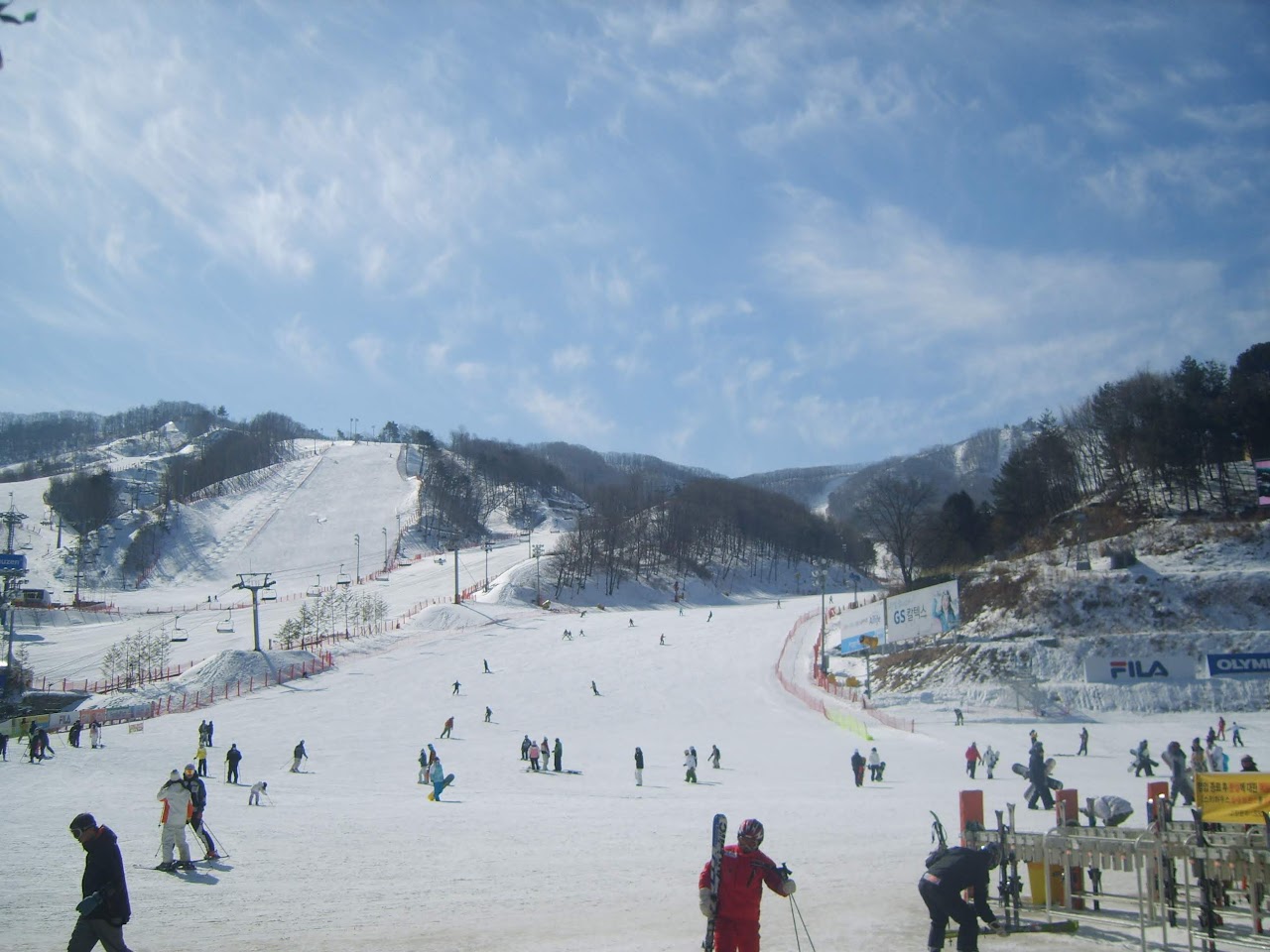 There seem to be fewer people this time than usual. A few years ago, when I was in Daegu, the number of participants was greatly reduced. So, they moved to Phoenix Park again. Still, before, people could have said it was because they went to the ski resort, but this year actually The number of thesis registrations has decreased from about 400 to 321. It may not be the ski resort effect.

Some thought that KAIST and ICU had a big impact on the three-semester system. It is difficult to come to the conference because the academic year is in the middle of the semester. In fact, it is said that there were many papers that did not submit final papers. I wonder if these schools have covered 3/1 of the papers in the meantime.

It seems that the number of people participating in the company has decreased a lot. Some people came from companies I had never seen before, but people in large companies did not come from the first day, but only on the second or third day. I kept coming back and met the first person I came from after changing the company, and there were people who said that this business trip report is important because it determines whether more people can come in the future, but it doesn't seem like that is the case.

There were few papers in which the professor was the first author. In such a case, there must be a professor who does not have a researcher yet or a person who has just come to Korea, or there must be another reason. In fact, when you reach a certain age, professors don't even chair. This conference is the youngest one, but I don't think I've ever seen a professor in his mid-1s chair the conference.

Even if you don't know research like me, if you read a lot of papers, you can see the frame of your research. Even more so, but professors, whose profession is a researcher, 고수would. However, at this conference, master's and doctoral programs are still the first authors, and students also make presentations. Of course, the professors will guide you, but every year you see the same problem over and over again. Can't professors set an example as researchers as first authors of papers?

A person who was listening to a tutorial and a thesis presentation said this with a twisted expression on his face. “Is it really worth coming this far and paying such a high price!”

Just looking at the content, it might be. As for other observation points, there is no better place to train the basic framework. It is to look at the writing and presentation methods of developing one's own research, and to look carefully at the thesis of the questions asked by the audience. Even if you learn what is important research, what is important in research, and what questions to ask, coming to an academic conference is a success. Of course, it doesn't have to be research. It includes all the plans, documents, and meetings he writes.

Should I register to participate?

Student volunteers are not seen very well this year. I don't know if it was because they didn't apply, or if the employees did it as they changed to a corporation. The registration fee is free for student volunteers, but you do not have to register because they do not check in front of the door. Even if you register, a few years ago, they only gave you CDs and no booklets. I had a lunch ticket at the Ski House, and I was given a bag, but a T-shirt came out this year to see where it was sponsored. There is no need for a souvenir, so I would like to give you a paper collection of papers. It is said that the number of registrants decreased this year, so he asked the steering committee members to register as well. In fact, our team requires everyone to register every year. Of course, it is a company expense, but since the expense must also be shared with other expenses, I am also concerned about whether to spend the participation fee for this conference. However, registration is essential for participation, so registration is required.

However, those who have registered or are not registered are entitled to receive CDs, meal tickets, and souvenirs, but are not subject to control over attending conferences and making presentations. I remember checking the necklace at the door when I went to CHI. The Phoenix Park Hotel is not very spacious, so there is no need for it, but I don't know how long it will last for me to just leave it to myself. It is natural to register, but I think it should be possible to distinguish between those who have registered and those who have not.

Inconvenience of using the Internet

An internet cafe is operated by the academic society. You can use Netspot in Phoenix Park, but you must have an ID. In a world where I attend conferences and blog in real time, I can't use the wireless internet on my laptop. If we could get a KT sponsor and use a wireless router other than Netspot, people would be able to use the Internet wirelessly.

I tried to tag this conference as 'khci' and this year's conference as 'khci2008', but I haven't seen any posts with this tag yet. last year too 2007 HCI conference tag, 'khci2007′I was going to do it. Maybe it's because I didn't see the argument of my blog, but there is no announcement from the organizer to share photos or bloggings taken by people who participated in the last academic conference. There are people who just want to be like me. If the organizers made an announcement once, people would be able to tell a lot about the experience of this conference. ACM's SIGCHI 2006 에서는 Officially specify the blog's trackback address and Flickr's tag nameI started encouraging them to share.

Last year I presented in a tutorial When I did, someone was in front of me filming my lecture. It felt bad to shoot without receiving any drops, but I couldn't say anything in the middle of the lecture because the academy didn't make any announcements. It was actually my lecture, but I thought it would be nice to have that file too.

It seems that copyright is not protected at the academic level. People take pictures of presentations and make videos. The Society has no control over this. These days, I take a lot of photos and post them on my blog, which naturally promotes them. No matter how widely read a thesis is, it has copyright. If you want to take a picture of a slide and post it somewhere, I think you will have to get consent in advance. Filming the entire video will also require the presenter's consent.

Anyway, I would like to make an announcement about this at the academic level.

Academic conferences are also a feast for students, but in their own way, masters among domestic professors and practitioners in this field participate. So I thought that it would be good to have a simple interview that is often heard but difficult to answer, or that easily explains the skills of practitioners and researchers. So, on the first day, I made a list of questions about frequently heard issues in research, HCI, and user-centered development. I thought it would be good to take a video of about 5 minutes and post it on the blog.

However, I did not do it formally except to ask some professors or practitioners without a camera. Two and a half days was too short in time, and I didn't meet many people. I'm sorry. If I had thought about it in advance, I would have prepared it. It seems that my enthusiasm was a bit low for improvisation. If you think you want to do it again next time, you should prepare in advance.

In fact, it always thinks about whether data can be obtained, so I even thought about gathering the masters, but it seems that I did not have the ability to put it into practice because I thought so spontaneously. There is a paper written in this way. It is 'A study on the ethics of usability testing - focusing on explanation agreement'. One of the ethical issues that are always troublesome is to try it in the usability test every time. However, compared to the improvised one, the brain couldn't keep up with it, so it was difficult to analyze. This time it didn't even work at all. 🥺

I don't know if the name of the logo is correct, but I really don't like this. I don't know what it is in terms of design, but I thought that the stair phenomenon was lacking or wrong when there was no vector method. If you keep magnifying what has become a bit snake, you will get this shape. For me, who has this fixed point of view, I don't like the picture below for some reason.

Last year I went to the 2007 Korea HCI Conference I realized again that research is intrinsically fun. This year, I seem to have thought about the framework of research while listening to various papers and presentations.
Our team had some sick people and some pregnant, so it was a pity that everyone couldn't participate, but I think it's still a good opportunity to come to the conference to grow hair, meet people, and develop teamwork.

Let's read other people's reviews by tag with khci2008