In the past, there were screensavers that use the screen evenly, saying that the CRT should be burned evenly. It doesn't seem to be the case these days.

I use screensavers not to literally protect my screen, but to show me something when I'm not working. I use it as a digital photo frame at home.

Suddenly, I thought about what it would be like to watch a music video while not working. I was wondering if it would be possible to use the infinite video of the Internet instead of having it on a PC.

I looked it up, and there is a program that lets you use YouTube videos as screensavers. 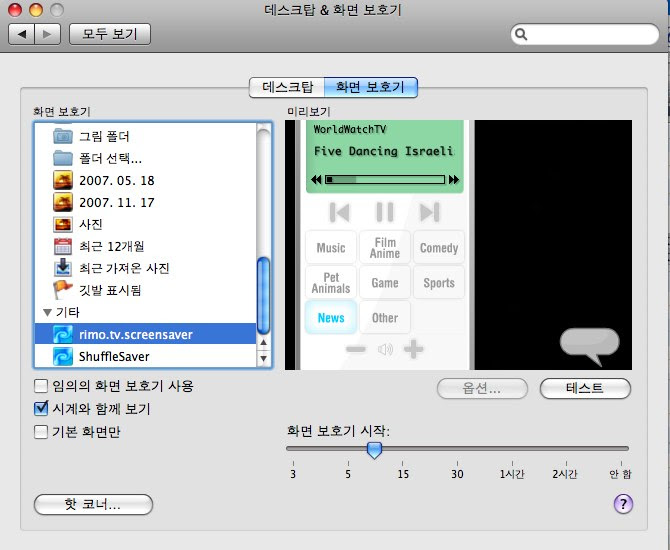 rimo.tv.screensaver found I watch YouTube videos like TV with the Removiewer for Mac, so in my case, I thought it would be okay to display this list as a screensaver video. In the case of Rimo, you can create a list, so you can register your favorite music videos.

There are both for Mac and Windows.

It would be nice to have a screensaver that keeps playing without interrupting the video file corresponding to that keyword on YouTube if you just put a keyword. Of course, it would be better to use the keyword as the name of the band or singer. Then you will be able to watch random music videos, so you can expect what will come out. It would be nice to have a viewer that just keeps playing as well as a screensaver. It can be used as if a music video channel on a cable TV was playing on one side of the wide screen.

Domestic video sites put advertisements at the beginning and end, so it is not suitable to keep playing like Remo TV or to use it as a screensaver. YouTube also seems to have to reconsider when it comes to ads.