Shibuya Don Quijote, JapanI went to the store and stood in line to check out some things, and I was curious about what kind of device was next to the cashier, so I took a picture. 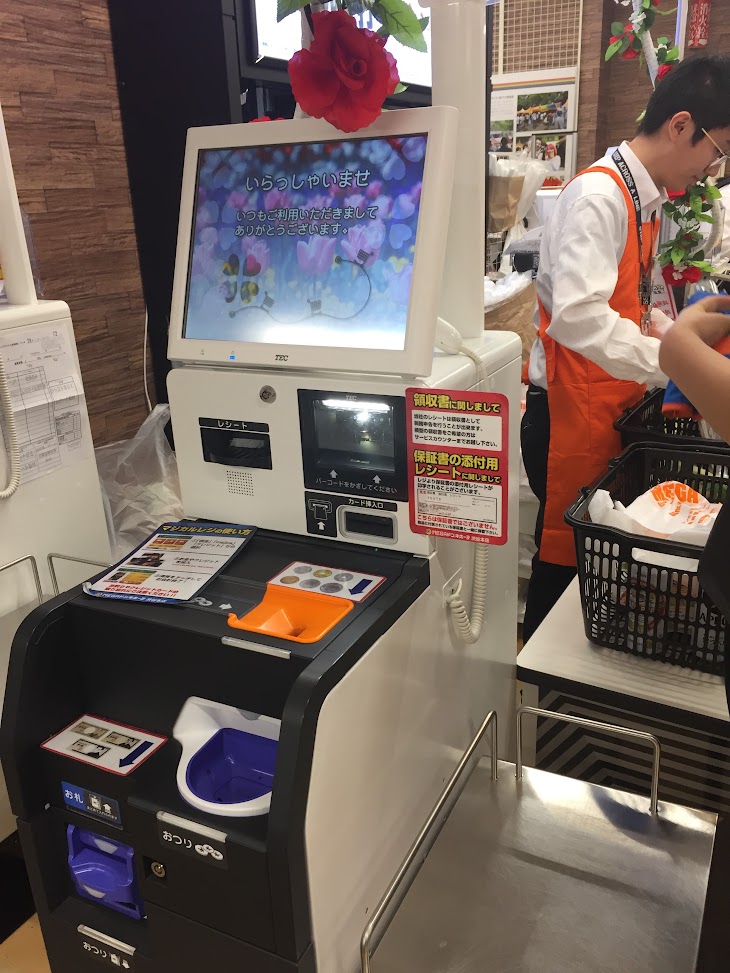 When it's your turn, you scan the barcode, bring it to this machine, and insert the money yourself. After the customer puts in cash, a receipt and change are issued. It's like paying money at a vending machine.

I've seen other people do it too, but not cash, but credit cards as well. 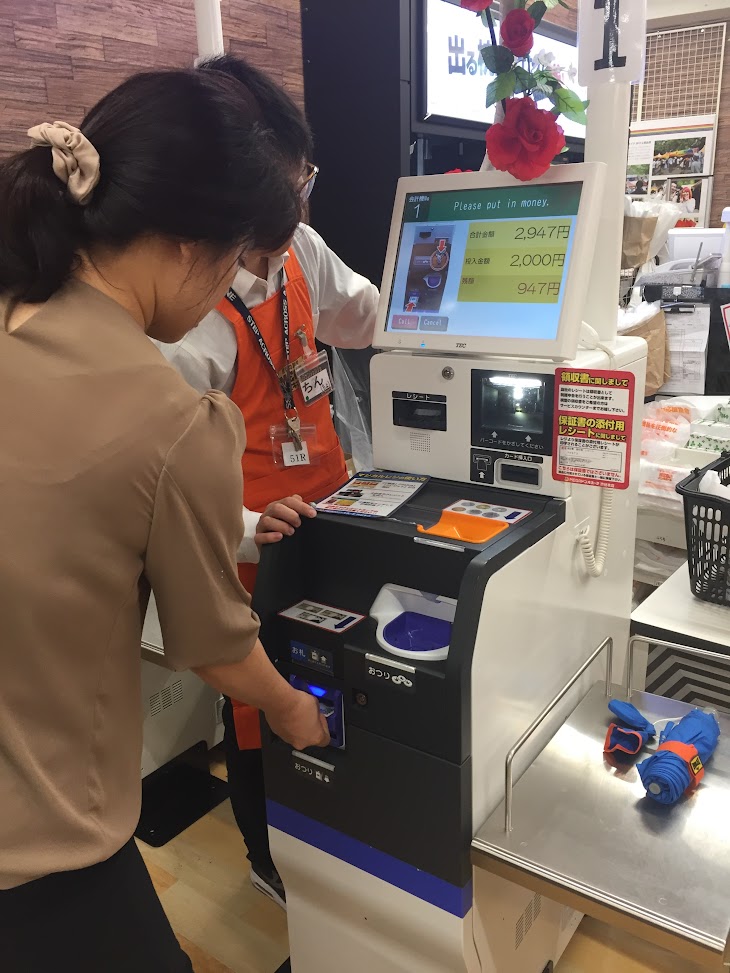 The clerk is a structure that does not touch the money paid by the customer. Customers put money directly into the machine and receive change directly.

If you look at the checkout counters in Korean marts, you can see the cashier taking out what used to be cash in and change out when changing shifts. Of course, you would have specified who the system was up to here.

If you run out of cash due to wrong change of change, the cashier will have to make up for it. That's what bankers say.

The owner is the person who counts 삥땅I'd even be suspicious of hitting it.

This method, in which the customer pays directly, seems to be a win-win solution for both the clerk and the owner.

The owner can reduce the clerk's miscalculation, the clerk can't get such suspicions, and he doesn't have to do so-called settlement when he takes turns with other clerks through time shift. And all of this is done by the customer.

If you go a little further, you can go to Amazon Go, Amazon's cashless store.Amazon Go) would not be entirely impossible. The technology must be secured first, but there is also the Japanese attitude that customers do not receive service while paying for themselves, but rather, clerks do not talk to them.

The burden of these technological developments and changes in social phenomena is gradually borne by the customer from the supplier.