People expect what Steve Jobs will show at Macworld, and Apple makes them look forward to it. They don't tell you what new products they're going to announce until the day of Macworld. This is called Apple's mystic (?) marketing.

In the meantime, ipod and iphone have surprised people every year. That's why Apple's stock price goes up until the day before Macworld opens. This time it fell after the announcement. 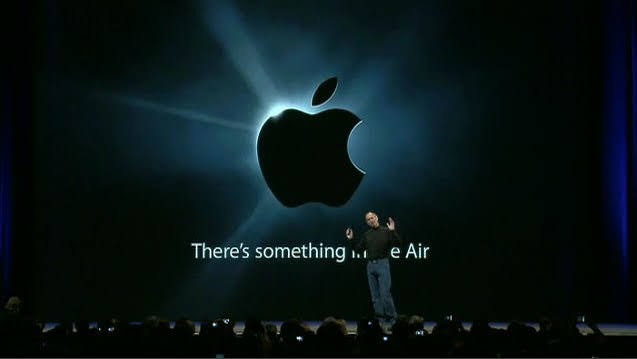 “There's something in the Air”

The day before Macworld opened, when I saw an article that the above banner was hung in the exhibition hall, Rumors of a thin laptopEven though there was an Air, I couldn't guess that it would show a product as light as the air of the MacBook Air, even when I saw the word Air. Just what does Apple do with airlines? Can you show me a Mac that I can use on an airplane? what did you think about this ^^

when introducing a new product

Steve Jobs seems to be working hard to surprise people even when he first shows people his new creations at Macworld. It seems that marketing is showing that this is what it is.

In 2005, Steve Jobs New uses for jeans coin pocketsshowed What is this pocket? Then he took out the iPod nano from the coin pocket. The audience is wow. I was really surprised too. 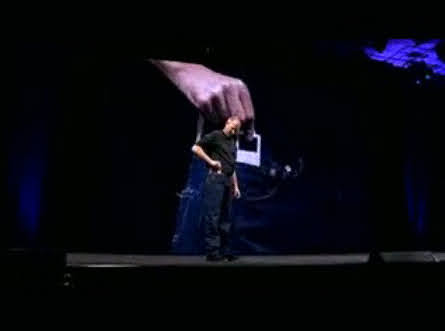 After hiding for a year, new products are shown in the last session at the Macworld keynote, and it seems that the keynote is also researching how to show the product to people for the first time.

This time it's a postal envelope!

this time Macworld 2008 Keynotealso introduces new products. It explains the specifications compared to the Sony laptop, and shows a yellow postal envelope on the screen. 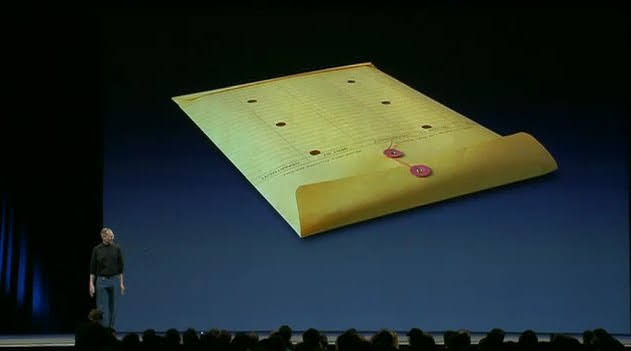 people come Even if you don't show the product, you can tell from the context.
And then he actually comes out with a postal envelope. 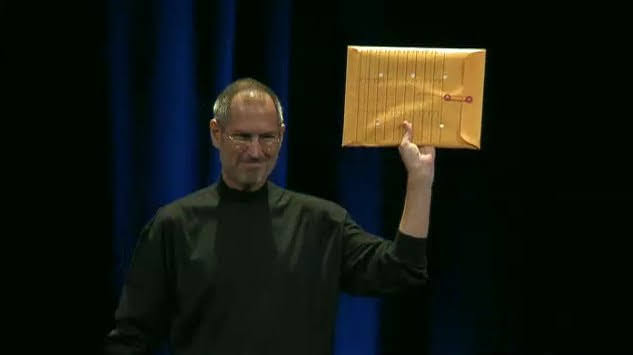 Look at that sly smile on myself.

Then take out the MacBook Air from inside. 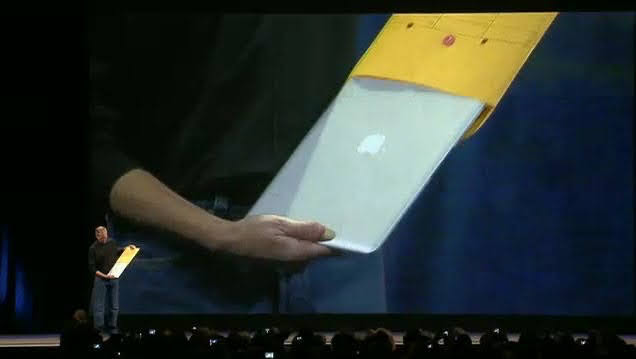 Isn't that a terrific idea? It's thin enough to fit inside a postal envelope. applaud people.

And, it shows how thin it is. Also shows this insidious (?) smile 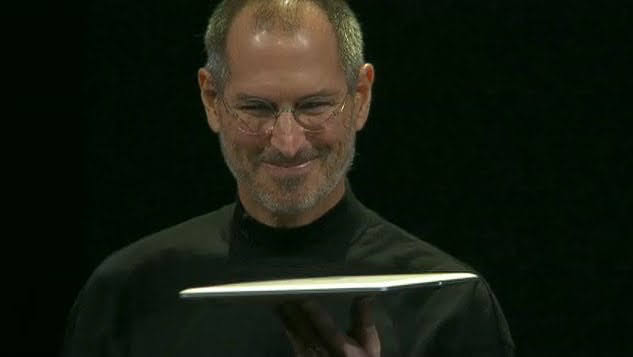 Such an idea seems to be the case when you look at the results, but it is difficult to think of at first.

Thin and light laptops and envelopes…

Perhaps it doesn't come from research that just asks people, and if you use the image association technique that Gerald Zaltman claims, you can come up with an ID like this. Of course, we need not only researchers, but also idea men.

Leaving aside the issue of whether MacBook Air is good or bad as a sub-notebook, if you look at the marketing aspect, Steve Jobs is great. I think of Steve Jobs as a gifted marketer.

When you saw the first released product, was there anything that particularly impressed you, like the example above? Or would it be a way to properly utilize the characteristics of a product by showing it to people in this way?