xiaomi mi bandis a fitness tracker sold by Xiaomi.Huami) was made from 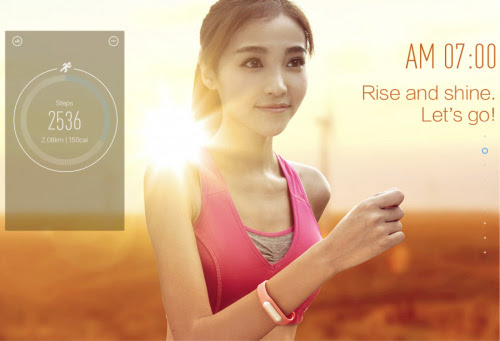 A lot of detailed features come up if you search reviews, so let's summarize the pros and cons while using them.

The biggest advantage of Xiaomi Mi Band is its price.  in the country Currently in the mid-range of 2 won including shipping.이다.

fitbit (fitbit) and jawbone up have been officially imported and sold since last year, and the wrist type is 6 won to 10 won, so Xiaomi's Mi Band is the cheapest.

It's made in China and the price is cheap, so is the function a mess? The form factor looks a little cheap, but after using it, the functionality isn't bad.

Looking at the disassembly of the Mi Band, the hardware seems to be using the latest.

2. Lightweight and comfortable to wear

Compared to Fitbit, Jawbone Up, Misfit, Sony BandTalk, etc., it is light as if it were not cold.

It's made of plastic, but it can be adjusted to fit your wrist, and it's lightweight, so it's comfortable to wear. From the beginning, the main job is 1 sizes S, M, and L for 2 and 3, so you have to decide one of them. therefore How to cut out of paper to make sure it fits your wristthere is also

In case of Sony Band Talk or Jaw Bon Up, when typing on the laptop, the band on the left hand catches the laptop, but it is not so because it is light. In particular, the jawbone up has a button on the bottom and it is hard when typing on a laptop. 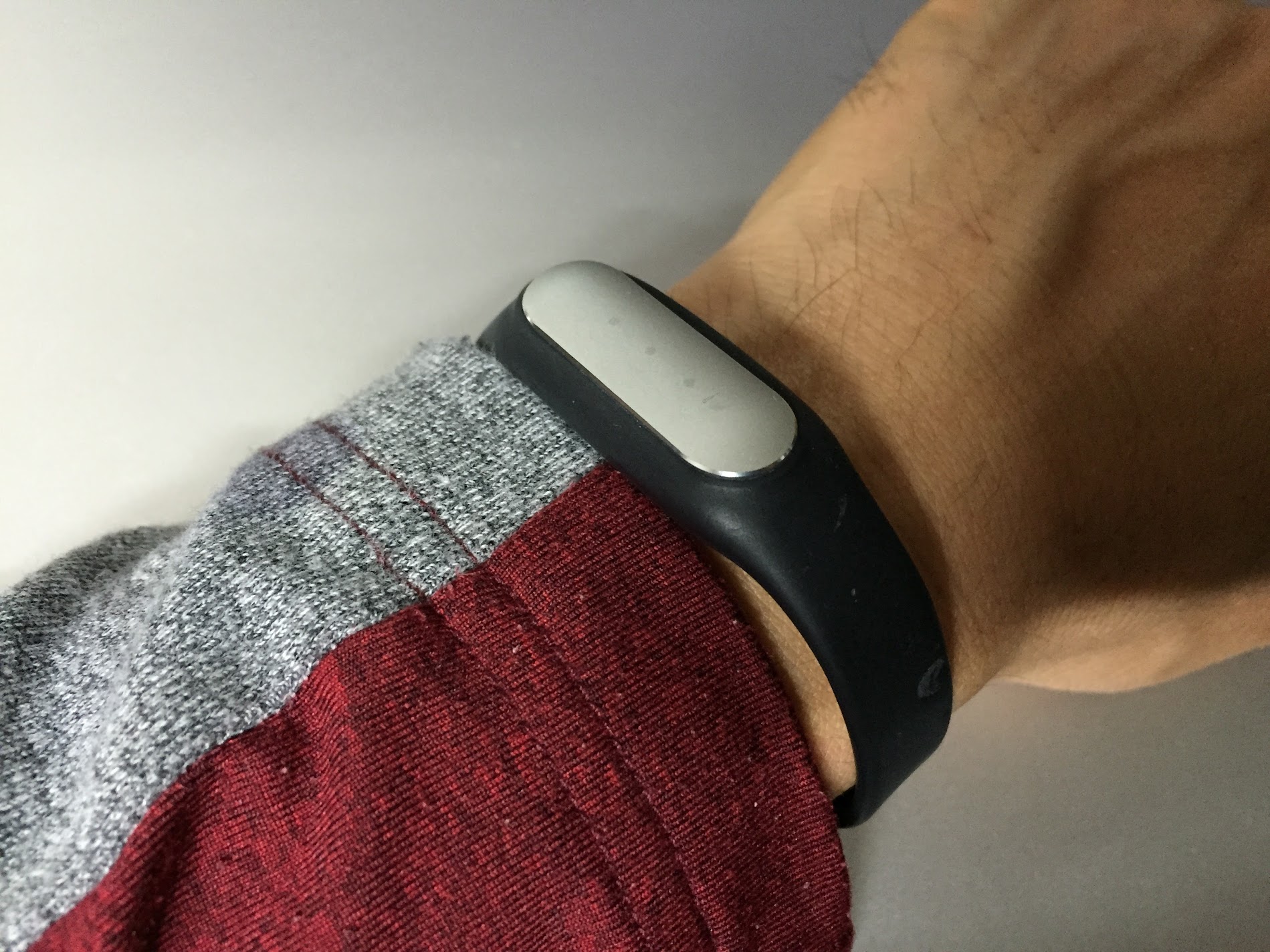 3. Vibration of call or text notifications

In addition to the fitness tracking function, when a call or text comes in, a notification comes to the wearable band. This function was a very new experience compared to Jo Bon Up 2, which I had been wearing since last year, and it seems to be a suitable and useful function in terms of wearables.  Notifications come by vibration, which seems appropriate..

Android can receive notifications from various apps via vibration, which is insane. Even wearables do not want to receive such notifications.

Other fitness trackers say 3 to 7 days, this is 30 days. In reality, it seems to wear out faster than that.

However, it seems that the sleeping time is not very accurate. He took it off for a while in the evening and then put it on, and he said he slept since then, and took a nap on the weekend, but this is not recorded.

Or they say they took it off and slept on it. If you go to sleep in the evening and take a nap, then it should be cut off, but it turns out that you have slept since the night before.

I took off the Mi Band and slept 19 hours. 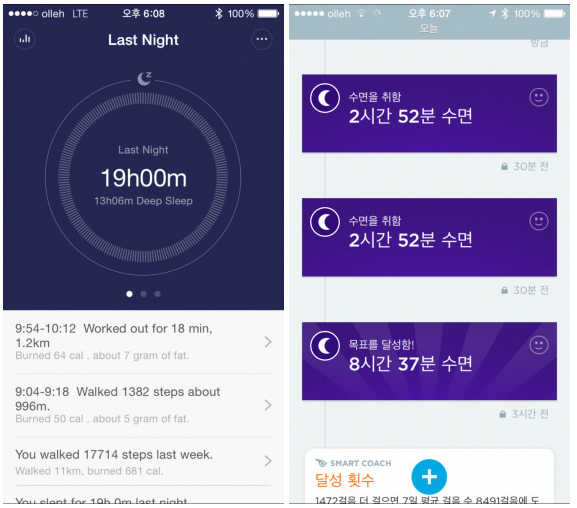 This is a software thing, so I think it will be fixed.

Among the fitness trackers I've used or searched for, it's a feature that is only available in the main job, but I think it's a must have in an office environment.

3. Only graphs, no friends or coaching 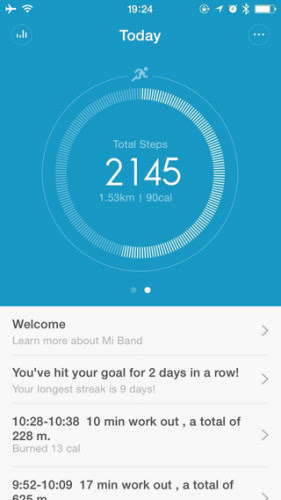 As with other fitness trackers, there is no jobon, no coaching, no friends, just graphs. Log data and show it, so what? It is an early fitness tracker without a . I think there will be more later.

Advantages, but I don't know yet

Maybe it's because it's connected to the iPhone, or it's the iPhone 6's Touch ID, so I didn't feel it was useful.

You only need to buy the strap separately and change the grain. Doesn't seem to be active yet 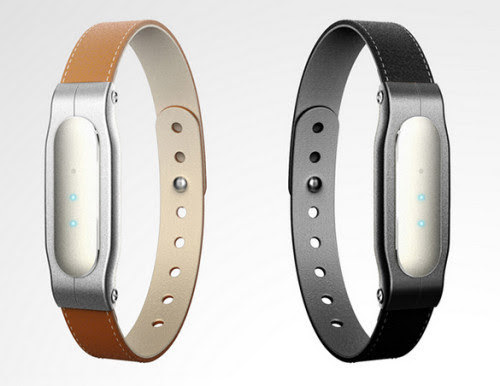 Xiaomi has also introduced a scale. It has not arrived in Korea yet, but the app is ready to be received while updating. 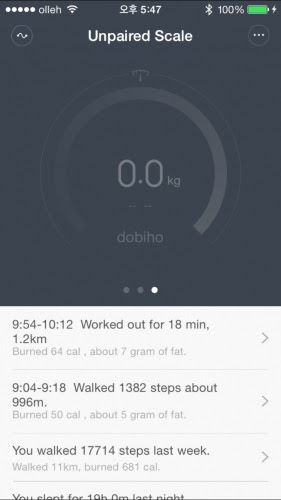 (It's gray because it's not connected yet)

I haven't tried it yet, so I'm putting my judgment on hold, but I think I'll buy it when it comes out. I use a digital scale to enter the inventory app at home, but others say it's inconvenient too. If it's just me and I log it like an activity tracker and bring it when syncing, I think I'll buy a Xiaomi weight scale. Now that I imagine it, I don't feel that feeling or useful, but I guess I have to use it to know.

Mi Band has not yet started officially selling in Korea. Of course, it is because the market is small, but technically, if China, which already has the strength of hardware, enters at a low price, I think that a market may arise. It replaces the pedometer, which only displays the number of steps taken from a few thousand won to 2 won, and absorbs even women who are dieting and men who exercise.