The metaphor of the Mac desktop and Windows desktop is the desk (desktop). (The English term for 'wallpaper' in Windows is desktop, but in Korean Windows, it is written as desktop. Why was that?) 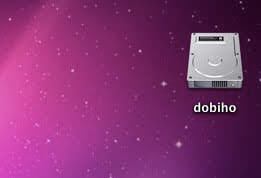 There was a hard disk icon on the desktop of the Mac, so when I was looking for a file on my computer, I used to click on this icon to enter. However, as it changed to Snow Leopard, the default computer icon disappeared. When the external hard drive is connected, the icon is displayed on the desktop as it is.

So I used the finder in the dock every time. A new Finder Open menu was created, which was convenient for opening multiple Finder. But in my case, I don't know if it's because I'm in the habit of clicking the hard disk icon on the desktop, or because it's annoying to double-click the right button on the finder and click Open New Finder again. wanted

The MacBook Pro used in the office had the hard disk icon displayed on the desktop, but I couldn't because I forgot how to do it with the MacBook I bought a while ago. I searched today and found it again. It was very simple.

Open the preferences of Finder and check 'Hard Disk' in 'General' as shown in the picture. 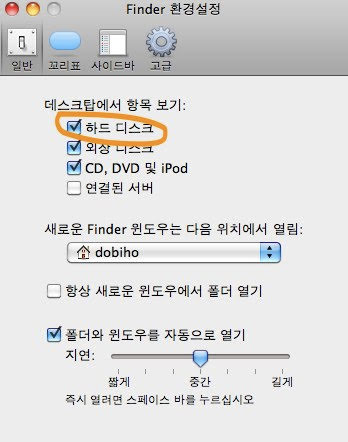 I can't remember if this was an option before. In any case, this option is off by default in Snow Leopard.

Why didn't the hard disk icon appear on the desktop in Snow Leopard? If we were to get rid of the old methods, there would have to be more benefits to changing our habits.

Suddenly, the 'behavioral economics'nudge' When I read a book called ', it reminds me of the story that the default value is quite effective in making people move by tapping people on the shoulder.

Did Apple want to induce users to use the hard disk through the newly created Finder rather than the hard disk icon on the desktop?

In fact, whether or not the hard disk icon is displayed on the desktop is not a very important issue. Still, I couldn't find a way to display the icon again, so I had to search the internet. not found is it my fault? or was something