I have a junior who takes his laptop to Starbucks alone after work or on weekends to use the internet wirelessly. I teased her for not being a miso, and she said it was better than going to a game room. You have to bring a laptop and the battery is inconvenient, but it's good nonetheless. They said they were trying to get a seat with an electrical outlet because of the battery.

Starbox is famous as an example of a place that sells user experiences. Starbucks seems to mean selling places rather than making coffee. I've also seen Starbox say thanks to Starbox at the beginning of some of the foreign books I've read recently.

In 1998 or 1999, when I was receiving financial aid from the IMF, my tennis player immigrated to the United States. In San Jose, which is called Silicon Valley, there is a Starbucks across the street, and it was said that people gathered at Starbucks to form a company. My brother-in-law also met people at Starbox and started a company. Actually, when I went, Starbucks was just across the street like a local beauty salon in Korea.

sell places instead of coffee

One of Starbucks' other nicknames is 'Writers' Paradise'. Even without citing this, it is easy to see that Starbucks has benefited from the new working environment. As the type and quantity of knowledge labor increased, and the spread of computers and the Internet extended the place of work to the outside of the workplace, and the scope of economic activity expanded, the movement of workers also increased frequently.

As a result, people are spending more time in a 'third place' rather than at home and at work, and more and more people, like writers and translators, use coffee shops as their workplaces. Of course, it also provided a place to work for those who came out with work. The unmarried people came to this place because they didn't like a quiet house, and the married people needed a quiet place. Maybe it's an office desk rather than a home veranda that Starbucks has expanded on. 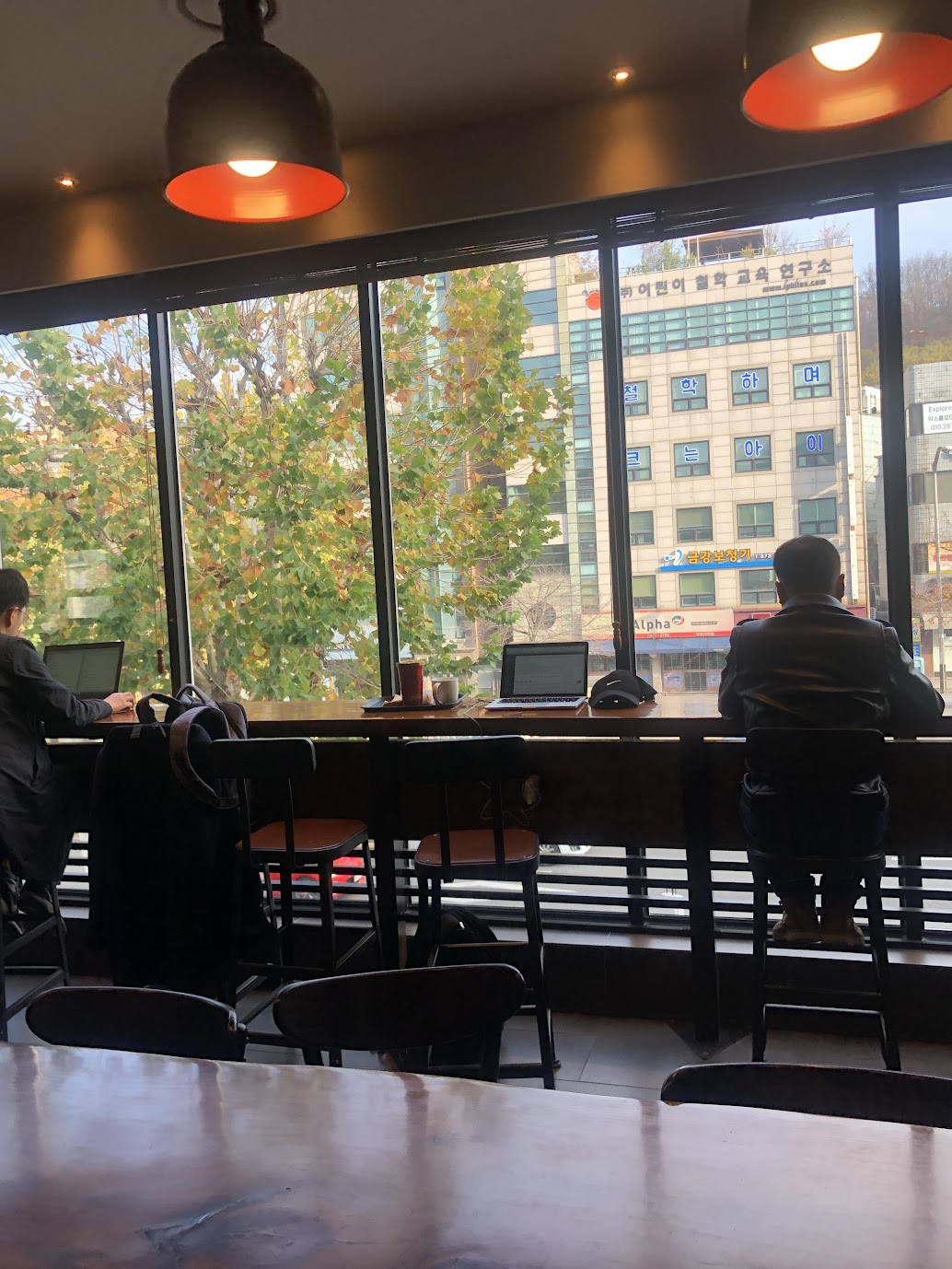 If you sell a place other than coffee, is it a meeting place like our coffee shop? Then I think that it would be inappropriate to work alone like a private office. However, Starbox seems to allow individuals to do their jobs as shown in the article below.

An experiment was conducted with coffee shops. Spend hours looking for a few Starbucks and other Starbucks-style chains and local coffee shops. At the same time, it is to find the place you like the most as the 'third space' and analyze the reason. As someone who almost lives in a coffee shop anyway, this work did not require extra effort and time.

After spending a few weeks here and there, I've found that the most important factor in American coffee shops is 'indifference'. I'm not talking about unkindness. The clerk should be as friendly and courteous as possible. However, after receiving the money and handing over the coffee, communication with the customer must be completely cut off. Customers will go back to doing what they want for as long as they want in that 'kind indifference'.

What is needed for such anonymity is a space structure that is wide enough that the clerks' eyes do not reach, or that adequately blocks the eyes. Although there is no inconvenience to reading, the partial lighting that adequately covers the face was blocking the gaze between customers. Americans stood up silently one after another, doing their jobs in the comfort of paid indifference.

These days, I also have a lot to think about, so I'm thinking about whether I should go to Starbucks alone after work or go to the reading room.

After reading this article today, I thought of going to Starbox instead of reading room. Since it is a MacBook Pro, it can last up to 4 hours if used properly, so I don't think I need a seat with a power outlet. Otherwise, there is no way to prevent the experiment like the one below.