Since Windows 3.1 and Windows 95, each application has a user interface element named “Menu” at the top of the window. It's in the Windows guidelines. talking about the menu New UI and Ribbon beyond the menus and toolbars of MS Office 2007  there are some in

Mac does not have menus in each application's window, but the operating system's window, that is, the menu at the top of the desktop. It's one of the awkward things when someone using Windows 95 or higher uses a Mac. 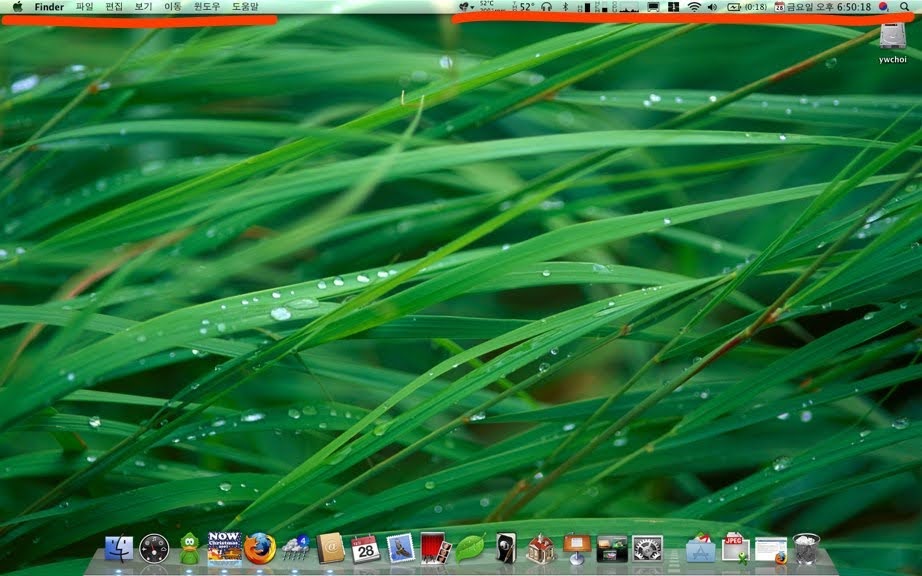 This menu area is shared by all applications, and menu items change when each application is selected.

By the way, in this menu area, not only the items of “Menu” but also the icon menu are raised. Some icon menus also serve as trays next to the Windows taskbar.

In Windows, frequently used applications reside in the tray, but the use seems to be similar in Mac. So, there are applications that allow you to control iTunes directly from the menu.

In my case, things that need systematic monitoring or statuses are placed on the icon bar.
The picture below is the screen of the menu bar of my MacBook.

These icons seem to be the order in which the program runs, but there are times when you want to change the order. System monitoring icons are grouped together, date and time are on the far right, etc.

I was looking for a way to change the icon, so I found it. From the blog of the person who wrote the book about Mac OS Reordering menu icons in Mac OS X found in It's not a story in Leopard, it was written when it was the Tiger version, but it is also applied in Leopard.

The way is simple.

Click and drag the icon you want to move while holding down the command key (apple key).