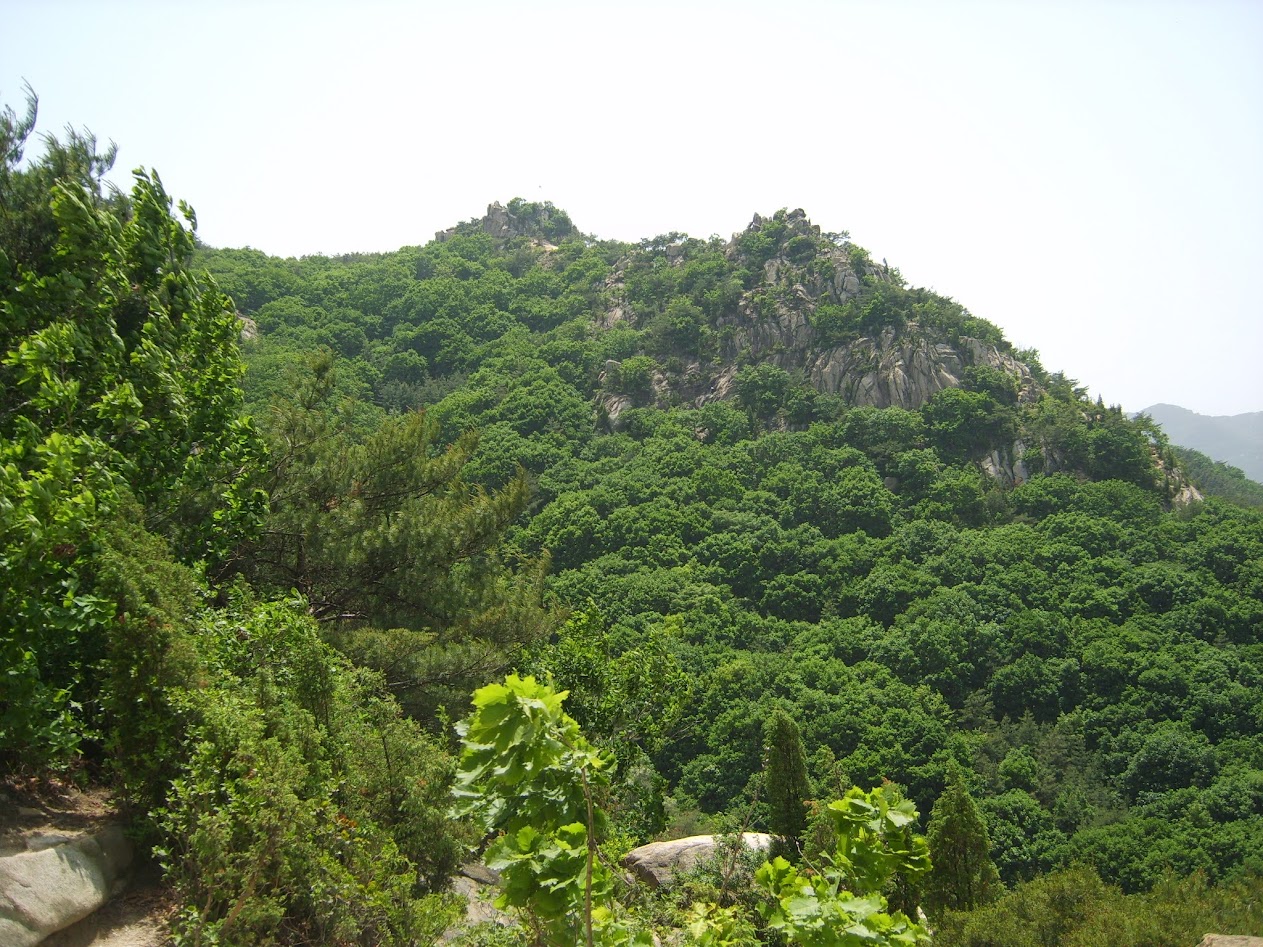 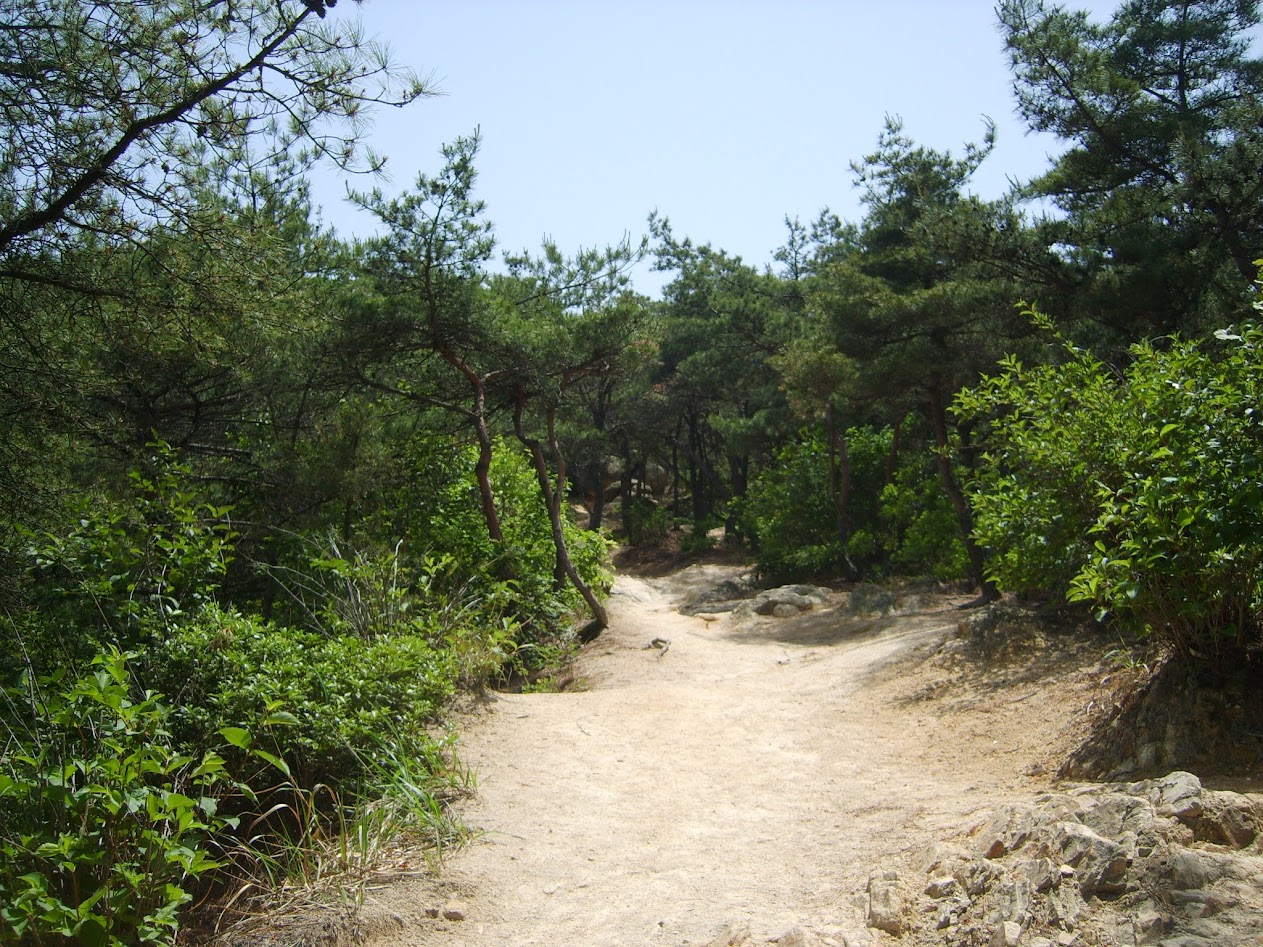 Not long ago, I went up to Gwanaksan on the weekend. I don't think of it as climbing anything, but I feel like I'm climbing the mountain in front of me as if I was going up the back hill. 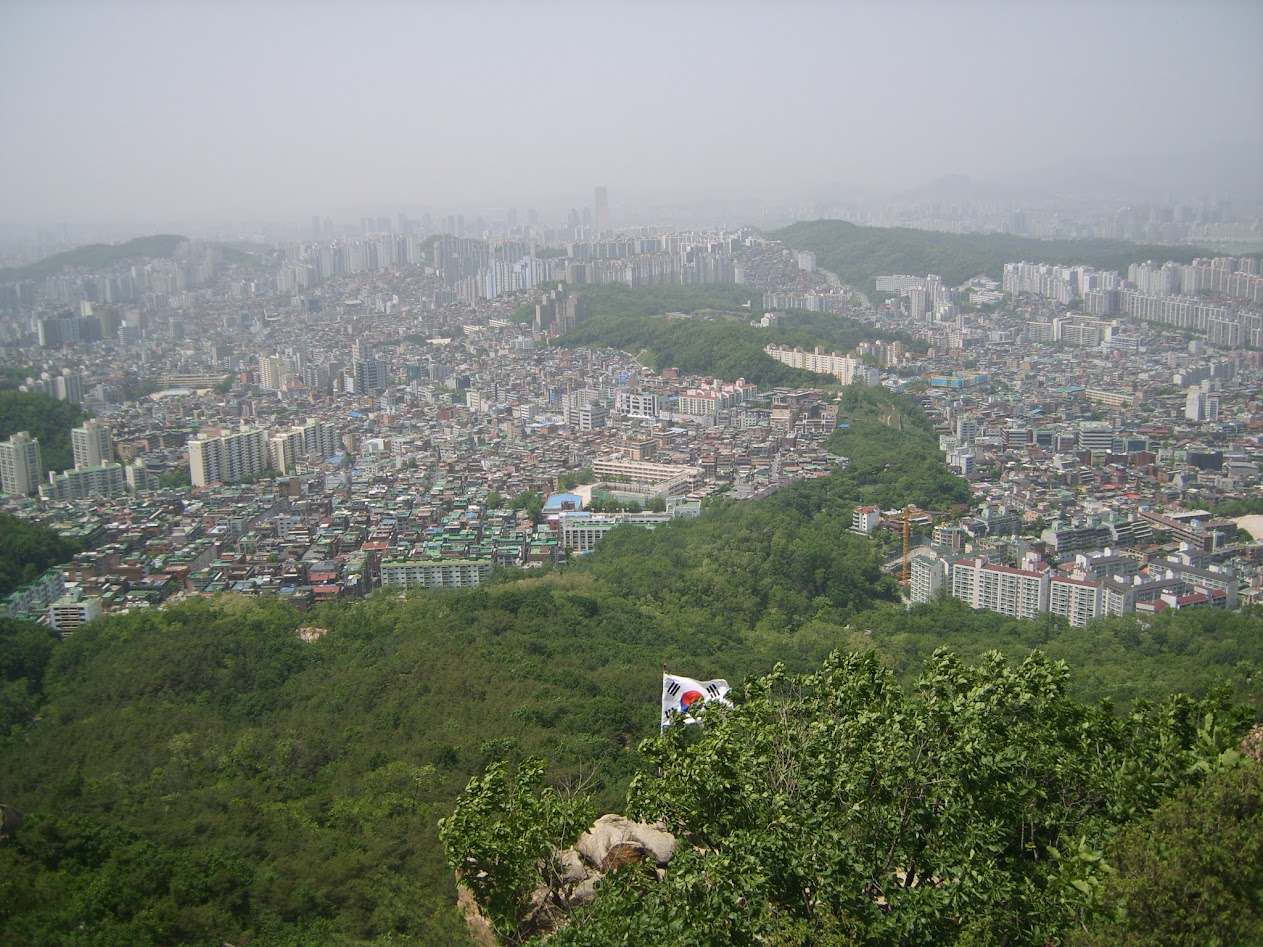 The Nambu Ring Road, which goes from Sadang-dong to Nakseongdae Station, cuts off Kkachisan and the road comes out. A bridge was built on this cut mountain this year. It has been under construction since last year, and now you can see that the bridge is on the top of the mountain from Sadang-dong to Nakseongdae Station. The purpose of this kind of bridge is said to be a passageway for life. 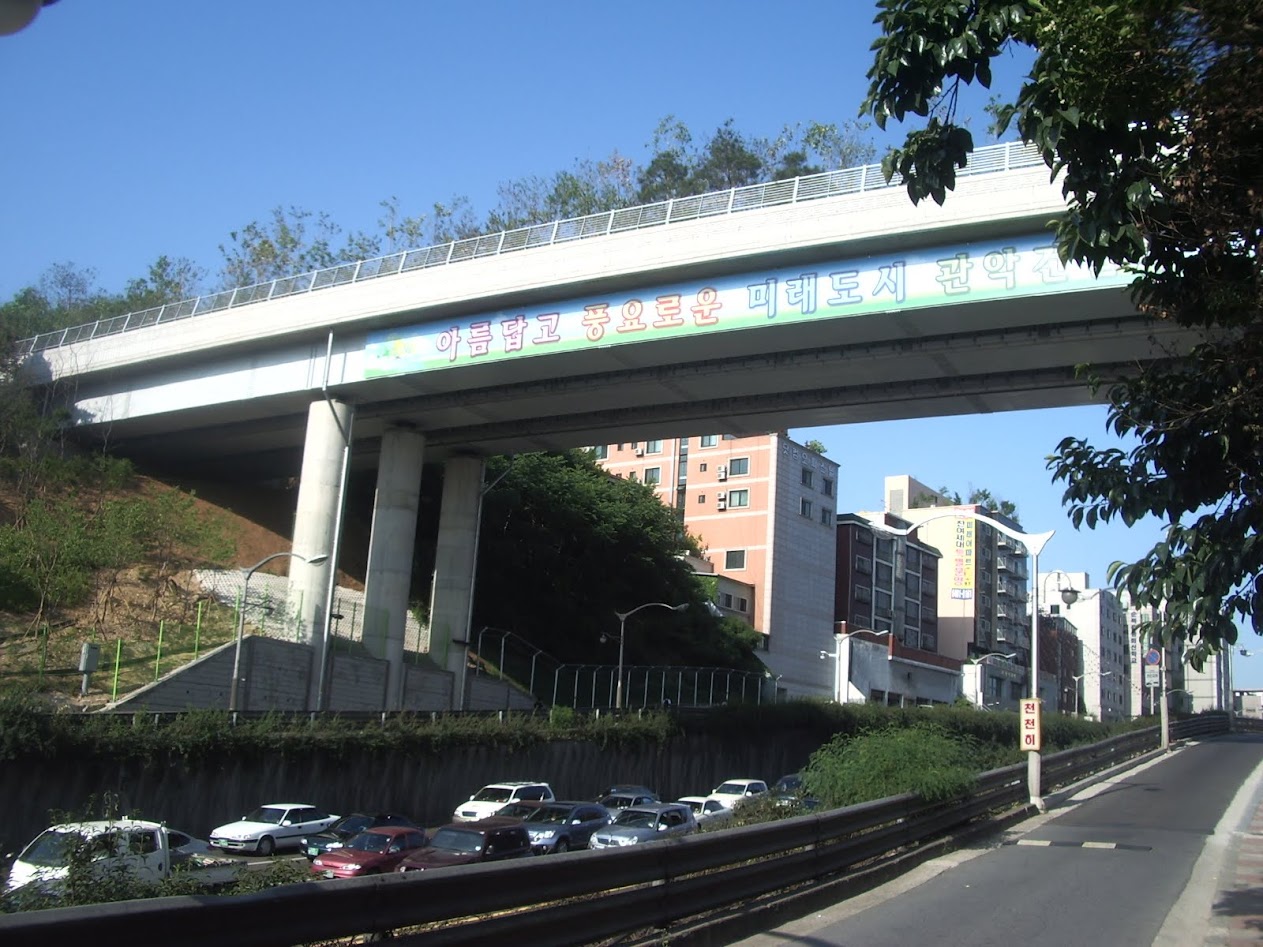 Gwanak-gu and Dongjak-gu are divided by the bridge. Perhaps some politician, such as a member of the National Assembly or the mayor of the ward, may have made a promise.

I used to go to Mt. Kachi in the morning before going to work, but after an hour's walk to the mountain, I found an apartment, so I don't go now. I lived for 10 years with a view of Mt. Gwanak, and I didn't go because it was cumbersome to cross the road even though I could climb it by crossing the road. However, after the creation of a bridge called the Biohazard Passage, I have been going to Gwanaksan Mountain this weekend. 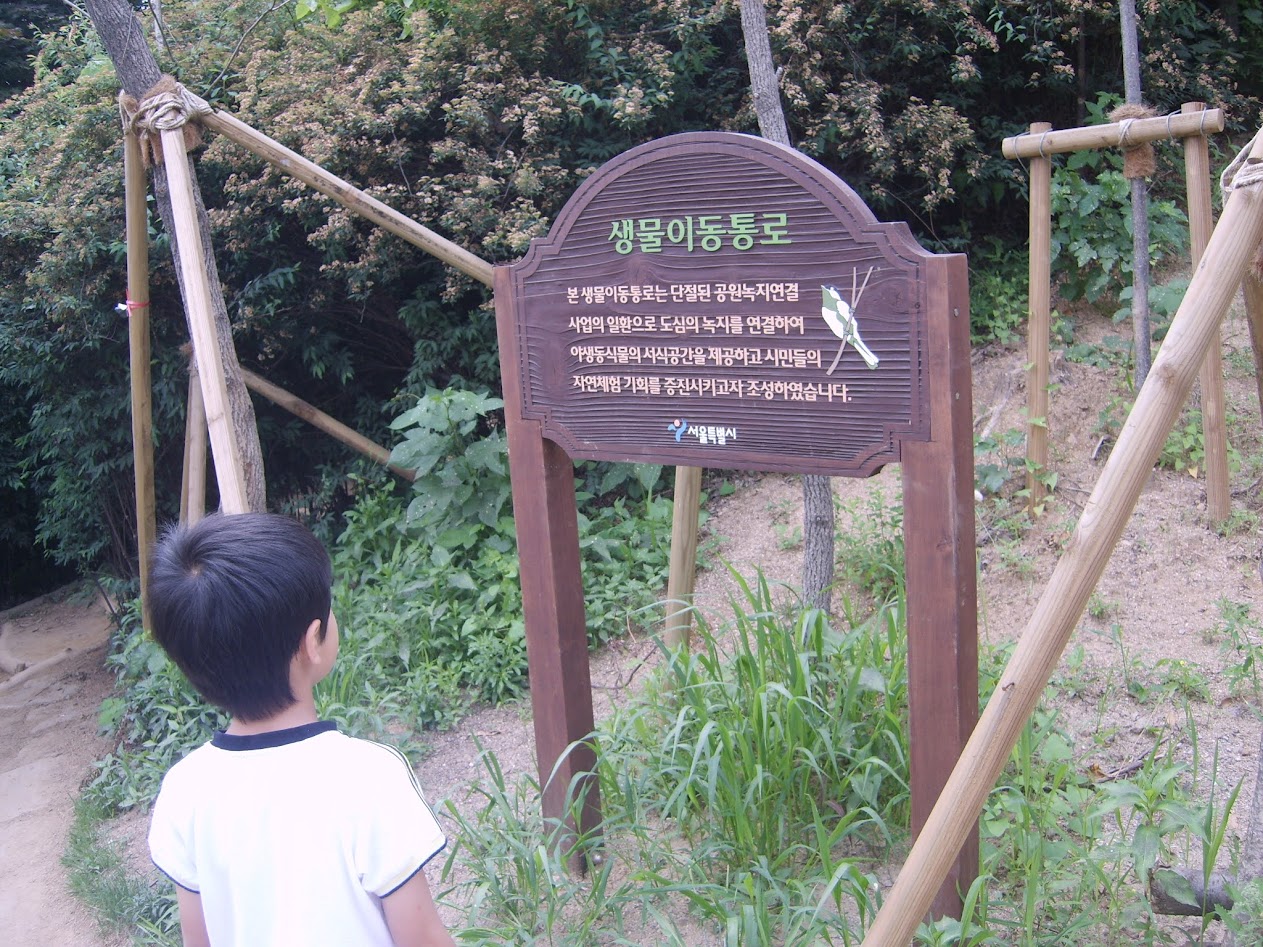 I have never seen animals such as deer (?) or roe deer (?) passing by the bridge called the creature passageway, but I do see people who seem to come out in mountaineering clothes or for sports passing through the bridge that connects the broken mountain. .

There are uncles, aunts, grandmothers, and grandfathers who came out with children. Of course, you can also see climbers of Mt. Gwanak. First of all, hikers are different in their attire. In any case, it seems that a lot of people who were on our side of the mountain go to Gwanaksan Mountain, and those on that side also come to Mt. 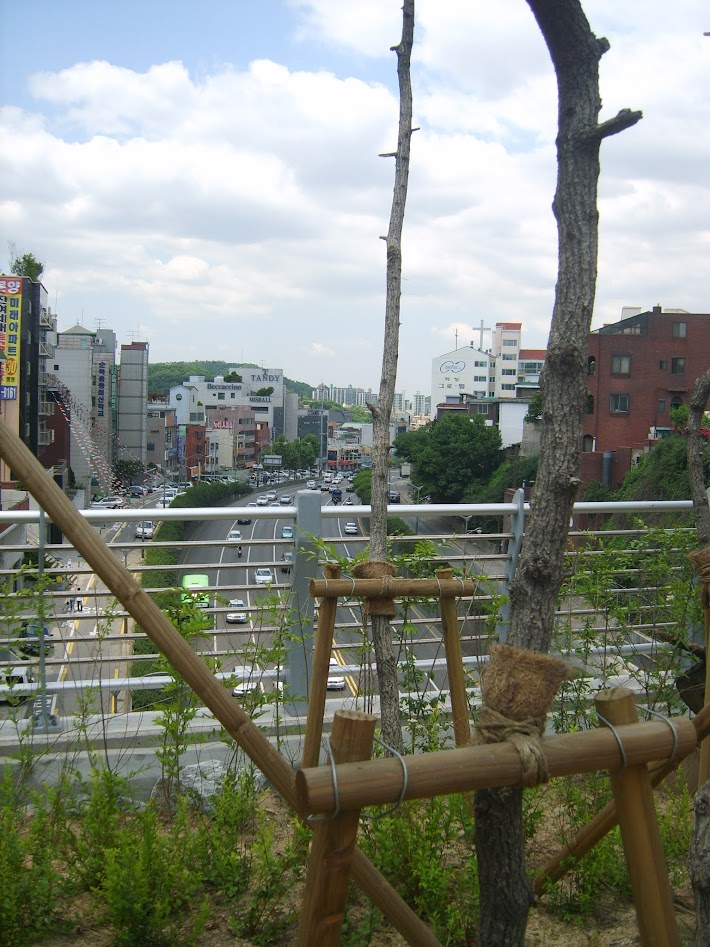 Today, I went to the mountain alone and suddenly climbed Mt. Gwanak while coming down. If I could use the technology acceptance cycle model, where would I belong? I've been thinking about Of course, it is in terms of my attitude to accept Gwanaksan mountain climbing rather than the viewpoint of accommodating technology.

If I wanted to, I could go up by crossing the road, whether it was an overpass or a crosswalk. Even though I lived for over 10 years, I did not go to Mt. Gwanak and only climbed Mt. Kachi. But these days, there is only one bridge, and it just leads to Mt. Gwanak, but I am going up Mt. Gwanak. 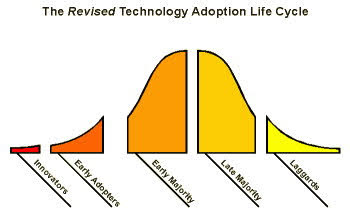 And one of the most important factors that made the transition from an early adapter to a large number of recipients is the ease of use, and it seems that the bridge that made me climb Mt. Gwanak was the bridge that made it easy to start climbing the mountain. It's like climbing Mt. Gwanak, which I didn't go to even though I saw only one bridge on it every day. I may ride the 5-hour or 7-hour course later, but now it seems that Dari Hana started the ride after an hour or two.

In a way, the chasm of the technology adoption cycle model modified by Jeffrey Moore may not have been bridged by the bridge called the biomechanical pathway in my personal climbing Mt. Gwanak. Would that be too absurd?

The technology adoption cycle model is the Purchasing class modelUnlike others, the focus is on consumer attitudes toward technology adoption. Although it is not necessarily a high-tech industry technology, in my case, I think that the bridge was able to cross the chasm from the perspective of people around Mt. Gwanak climbing Mt. Gwanak.