In field research, focus group interviews, surveys, and pre- and post-interviews of usability tests, it is important to researchers how far to trust users.

This is because it is difficult to know the truth from the user's words alone.

this is KTF SHOW advertisementAs seen in , the same 'I love you' also differs depending on the context.

Researchers have to look for the real thing when doing an interview. 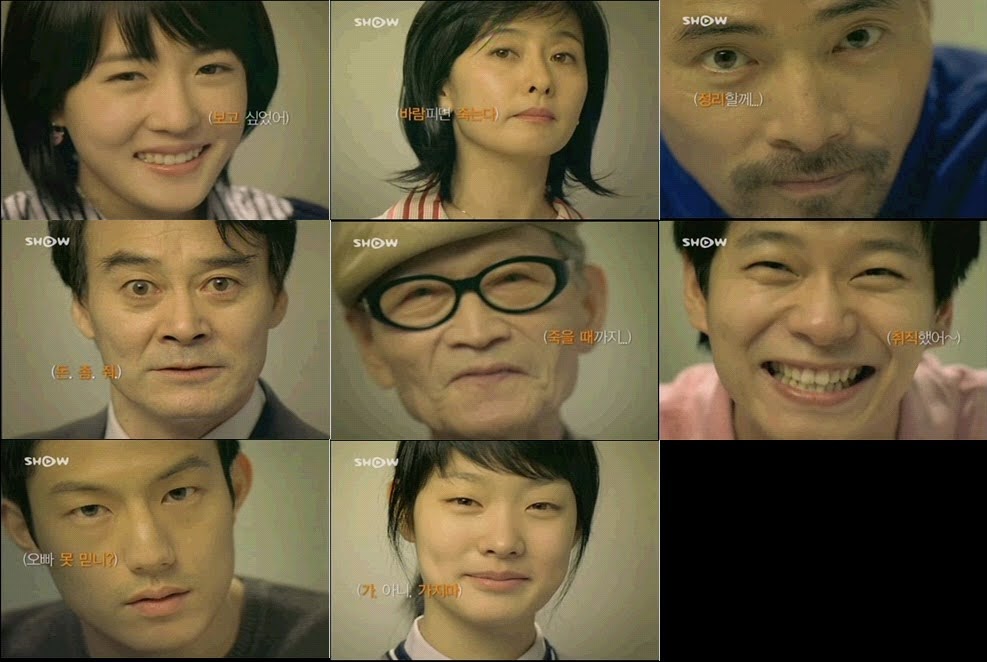 Absolute case pointed out by Mark Kobe나 Steve Jobs said, 'Users don't know what they want'me, Ms. The Story of Raghhubi's Land Rover Car나 The Jet Ski caseIt is very difficult to find out by looking at the interview alone.

In user research, it is important to observe behavior rather than opinions. So, when interviewing to make an action or describe an actionmake it

If, in field research, our informants say they rate our website,

“There is nothing to see here except the news”

If so, is this true?

In fact, this is the story of a participant in today's field research.

If this is from a focus group, it's hard to find out why. Because you keep describing it with words.

An individual interview while using the actual product is a little easier than a group interview.

Main use and secondary use. frequently used and occasionally used. We look at why we use it, when we use it, how we use it, and a mental model of what we think it is. We look at people's lifestyles, attitudes and dispositions toward technologies and tools, personal values, and social values, such as decision-making processes, problem-solving processes, and position in the market acceptance model. And with several interviews, just use it as you normally would and observe it from behind for a while.

There is no basis, but I have written only what I can think of from my experience, but there are a lot of things you need to know.

In conclusion, what this participant said 'I only see news' means 'I only use news' or 'I have no value other than news', rather than making a decision after actually trying out all the other factors.

This person did not make a decision by looking at the various elements of any website. Some people compare and make decisions. These types love to compare prices when shopping.

This participant is not good at trying new things and continues to use the old ones. He did not try new things well first, and showed a tendency to go only when others do it. I was more influenced by the people around me than by the leading choice. Although he was good at hardware technology, he did not use the Internet in various ways. There was a strong tendency to view the site as a time pass. The service I use the most is that type. Behaviors where they are frequently used and behaviors where they are not frequently used were similar. Our experience on the site was only news and comics. I've been probing from different angles, but I've only used similar sites to kill time.

The participant said, “I can only see the news here,” but based on these evidences, it is judged that they were talking about a certain site based on the value they usually put, not the decision after exhaustion.

'The fact that there is nothing to see except news' can be interpreted to mean that in reality, I rarely use anything else, and on this site, which I use occasionally, I only properly use the news as a behavior in the place I used to use it, and I don't pay much attention to other places. There was.

Of course, it is also possible to evaluate each element openly. However, when things go wrong, the reason is questioned, and the participant argues in order to maintain consistency in his words.

If you just ask a question and get an answer, your research will be very easy. The researcher finds the truth through various approaches to interviews and behaviors in time, in relationships, and in context. That's why untrained people don't interview, experiment, or do field research.

But did this informant lie?

The reason is that it does not appear to have been said so while recognizing it.

It is said that people tend to use the least amount of resources when using their brain. So when people judge something, they don't compare well. It's about judging by what you believe. And actions tend to speak out of belief. And if you keep asking a question that evaluates something verbally, the speaker will give you an evaluation, and in some cases, it will be easier to say something. .

These things are very difficult to find out just by interviewing them. Even if you do not observe for a long period of time like in cultural anthropology, it is necessary to spend some time in the interview situation to take action and observe.

Just by looking at the KTF advertisement 'I love you', various circumstances such as facial expressions, the person who said it, and the way of speaking can only be seen in order to know the true meaning of 'I love you'. access is required.

A skilled researcher should be able to determine the authenticity of these statements. Of course, it's a standard of evidence. There seems to be a limit to teaching these skills. People who are quick-witted or savvy seem to learn quickly, and practical experience in various situations seems to be the basis.