Oculus Quest 2 to exerciseI bought this, but I like FPS games, so I tried FPS games, but I couldn't because I got motion sickness a lot when I moved. medal of ownerI bought a , and it's not too bad, but when I run and move quickly, it goes a little far. Population OneI was going to buy this, but I didn't buy it even though the daily discount came out because I had severe motion sickness.

Reasons for motion sickness in VR

I first wore it at CES in Las Vegas before Oculus was acquired by Meta. It was a bit dizzy when I turned my head. Perhaps the software graphics were also worse than they are now, but the hardware performance may not have displayed the graphics quickly. I thought it would be nice to just sit back and watch a movie.

VR can sometimes cause motion sickness. Motion sickness occurs when what you see with your eyes is different from what you experience in the real world.

If the peripheral vision is slow or moving fast as in the real world, hardware or software does not match expectations and causes motion sickness. Therefore, when moving in VR, there are cases in which the surrounding area is blackened so that only the central field of view is visible without looking at the peripheral field of view. If you watch a video of you playing Population One, it makes the surroundings dark like a tunnel when you move, making it invisible.

The best thing is to be able to walk or run with my feet, just like my arms, hands, and head, in a virtual world that I can see visually.

What is lacking in VR devices (headset, controller) is movement

What I hate most about VR is that I can't move directly with my legs.

The VR device recognizes movements of the eyes, arms, hands, and torso, as well as standing up and sitting down. So it recognizes sitting up and down or moving sideways, thinking that there is a gun in the backpack, and pulling out something by stretching the arm behind the nail.

But the problem is movement. Movement is not moved with my feet, but with a joystick like in a console game. Then the screen moves like a console game, which is no problem on PC or TV, but when viewed from a first-person point of view, the movement of the background of the peripheral field of view discussed earlier is different from the real world, causing motion sickness.

What I can see, my arms, and the movement of my body move my real body, and I see it in the virtual world as well, but I can’t go forward or backward after stepping on my feet.

Since the only feedback is sound and console vibration, there must be clothes that give full-body feedback, but what is more desperately needed than that seems to be moving the feet.

I was looking to see if there was anything like that.

I want to run and shoot like this wife and son. 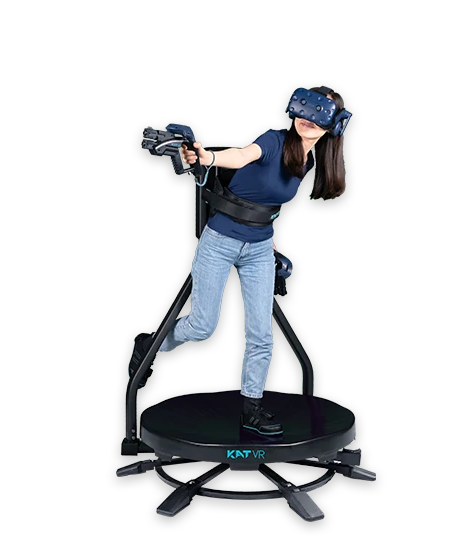 Instead of moving with a joystick, I can move with my feet just like in the real world. I think I need this to move in VR. 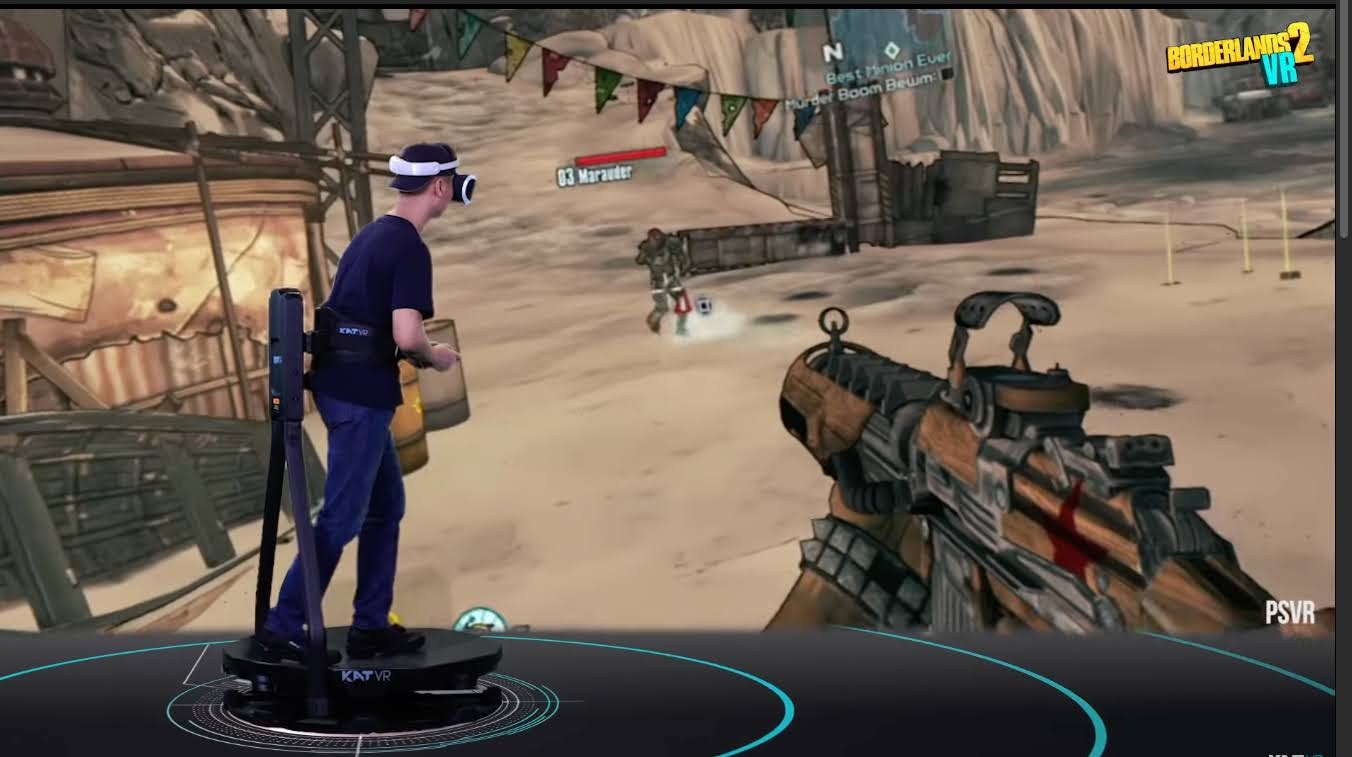 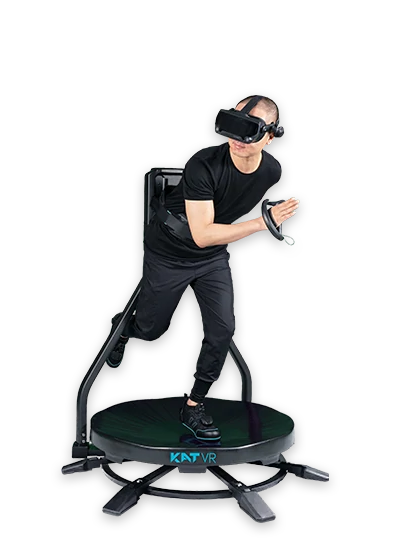 Just like having a treadmill (treadmill) at home, it seems like you should have a walking treadmill for VR. 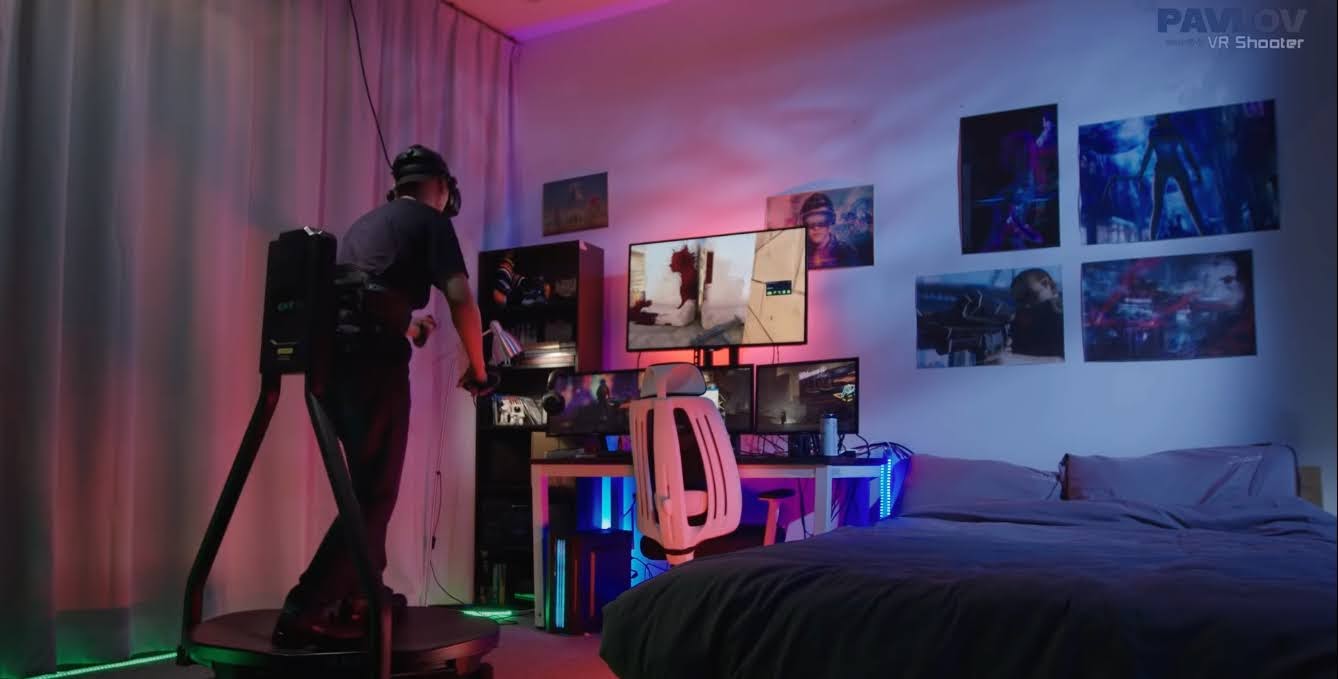 The machine looks like this. You have to tie your back and only walk inside. 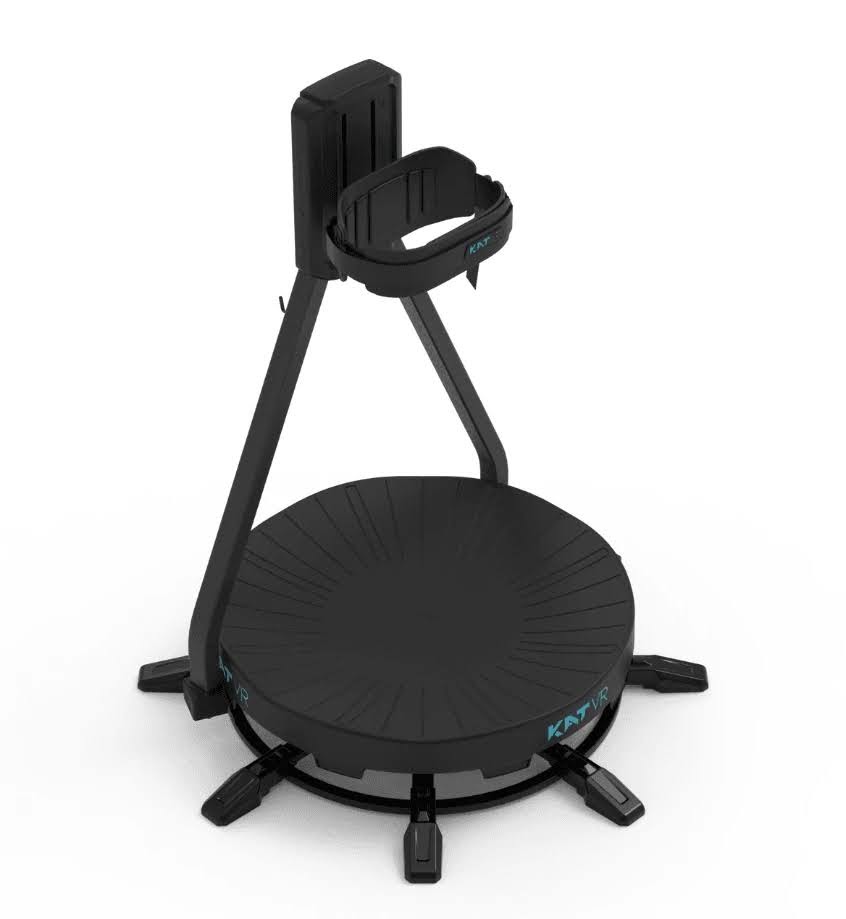 The VR app must also support this device. List of supported gamesThere is this.

There is Man of Owners, there is Population One, but there is no Oculus Quest 2 device.

I think you need a 180 million VR treadmill to properly play VR FPS. 😆