The red dot you see on the quest screen

My acquaintance was using my Oculus Quest 2, and I was mirroring it with a Chrome browser.

An acquaintance said that there is a small red dot in the upper right corner of the screen.

What is this red dot? Maybe it's bad? 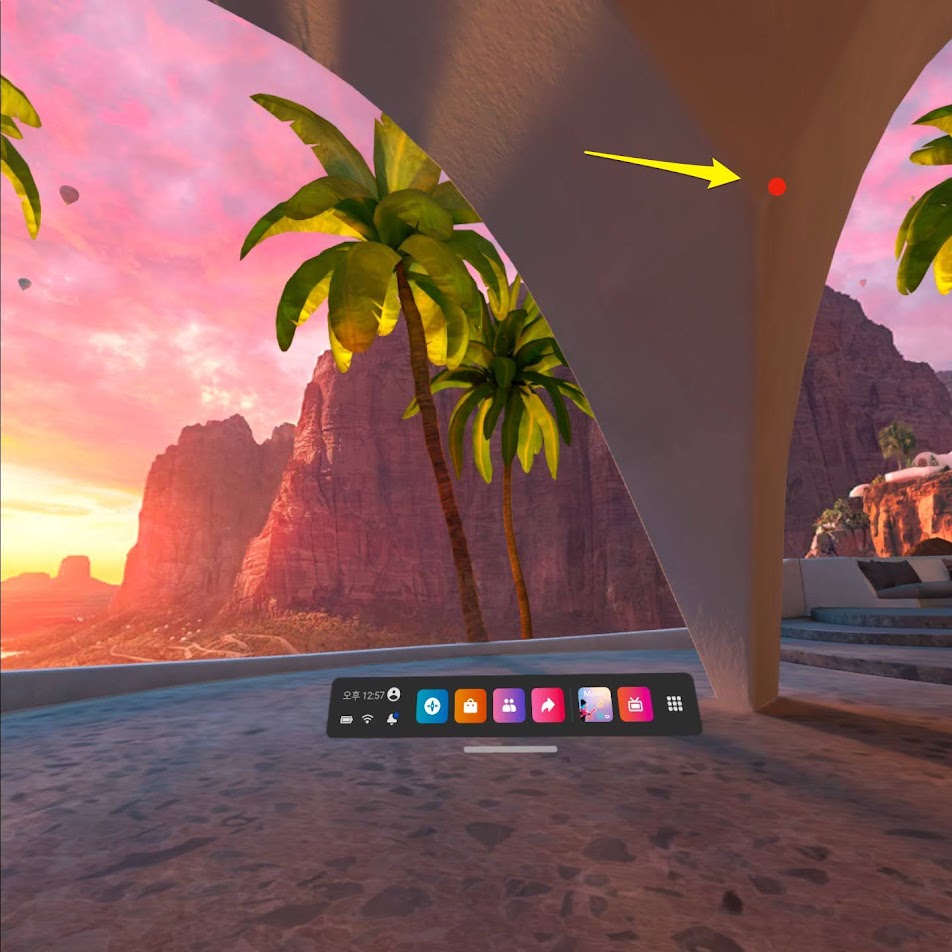 The above image is a red dot on the image because capture or video recording was not possible during mirroring.

The red dot is displayed when mirroring, recording

This red dot is not a defect. It also happens when mirroring, taking pictures, or recording videos.

It cannot be removed by force, and disappears after mirroring or video recording is complete. When you press Take Photo, a red dot appears and then blinks, then disappears after the screen is captured.

The red dot indicates that it is mirroring and recording.

The mirrored screen doesn't have this red dot, it's only visible to the person writing and viewing the quest.

The red dot in VR seems to be a sign that lets me know that other people are also watching what I'm seeing as a quest.