According to the owner of a car battery dealership, you must check the manufacturing date when purchasing a car battery. It is said that automobiles are discharged from the moment they are produced.

2000 articleI saw that car batteries that had been produced for one or two years were being sold.

⊙ Anchor: Discharged car batteries are selling like new ones.
Since the date of manufacture is coded in code, consumers are suffering damage by purchasing these batteries without even knowing that they have been discharged for a long time since they were manufactured.

⊙Reporter: The manufacturing date of this car battery sold at the car center is that the U09 was also produced in October of last year, a year ago.
Batteries that are more than two years old are still being sold as new batteries with unknown markings.
Each company displays it as a password in a different way, so even salespeople can know it by looking at the decryption table.

⊙ Battery Dealership Staff: Unrecognizable, consumers.
Batteries have an expiration date and have a discharge time...

Before 2015, the year and month of automobile battery production was coded like a code for each battery manufacturer. Therefore, it was difficult for ordinary people to know when car batteries were produced.

I've been having this problem since 2015 Indicate the date of production on lead-acid batteries for automobiles as a national standard (KS C 8504)changed to what it should be.

When purchasing online, you must check the date of manufacture.

National standard KS C 8504 lead-acid battery for automobiles (Revision date: July 2015, 07) requires that the following batteries be marked with the date of manufacture.

In the future, when purchasing a KS (National Standard) certified car battery, you will be able to check the manufacturing date immediately.

ㅇ Siheon Seong, director of the National Institute of Technology and Standards at the Ministry of Trade, Industry and Energy, said that he would revise and announce the national standard for lead-acid batteries for automobiles in order to improve this as consumer complaints about not being able to easily know the date of manufacture have been raised due to the increase in self-replacement of automobile batteries.

□ Existing automobile battery manufacturing date is expressed in a combination of English letters and numbers, and the format is different for each manufacturer, so it was difficult for consumers to understand.

ㅇ According to this revision, it is expected that the convenience of the public will be greatly improved by marking the date of manufacture in the order of day-month-year for easy identification on the top of the battery and on the packaging.

Checking the manufacturing date on car batteries after 2015

When I replaced the battery this time, I noticed that the number on the top was written upside down, which is the date of manufacture. 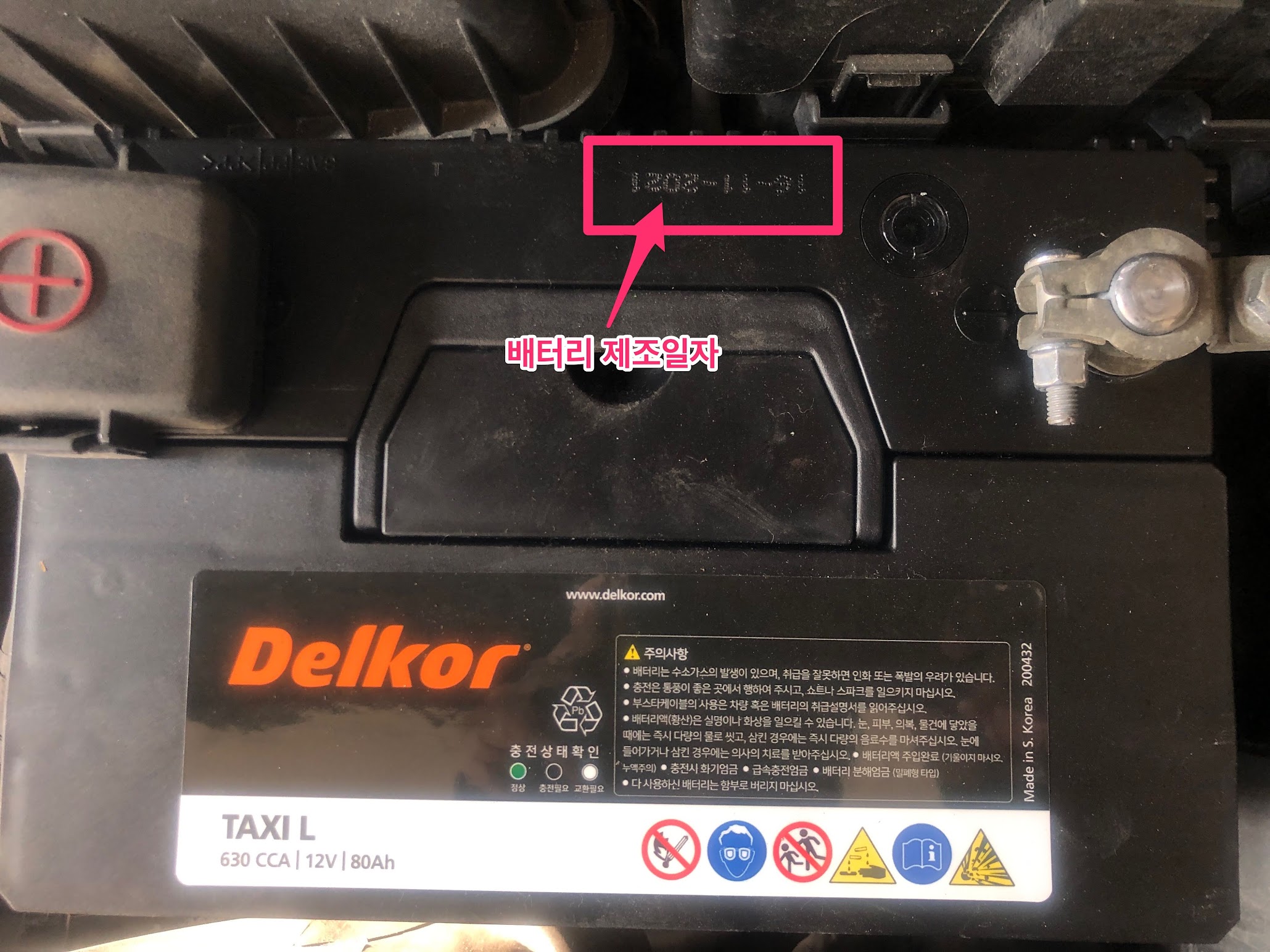 When I turned it over, the manufacturing date was marked in the order of day-month-year.

Replaced with a battery less than a month old. The manager of the battery dealer confirms this date and says that when replacing the battery, it should be replaced with a new one like this. 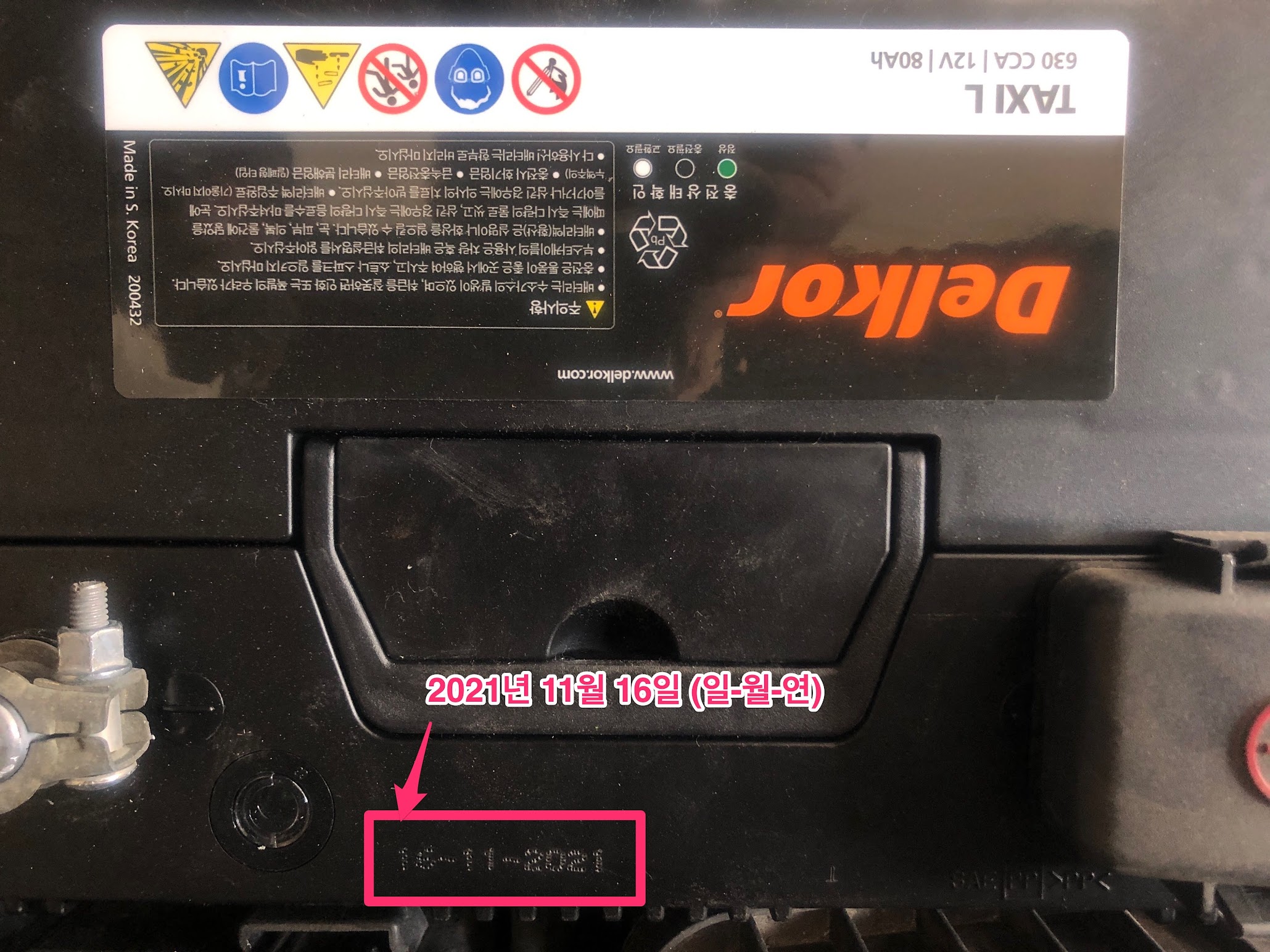 Before the national standard was changed in 2015, each battery manufacturer had its own notation.

This data was found at the National Institute of Standards, but it is difficult for the general public to know the manufacturing date by looking at the battery. 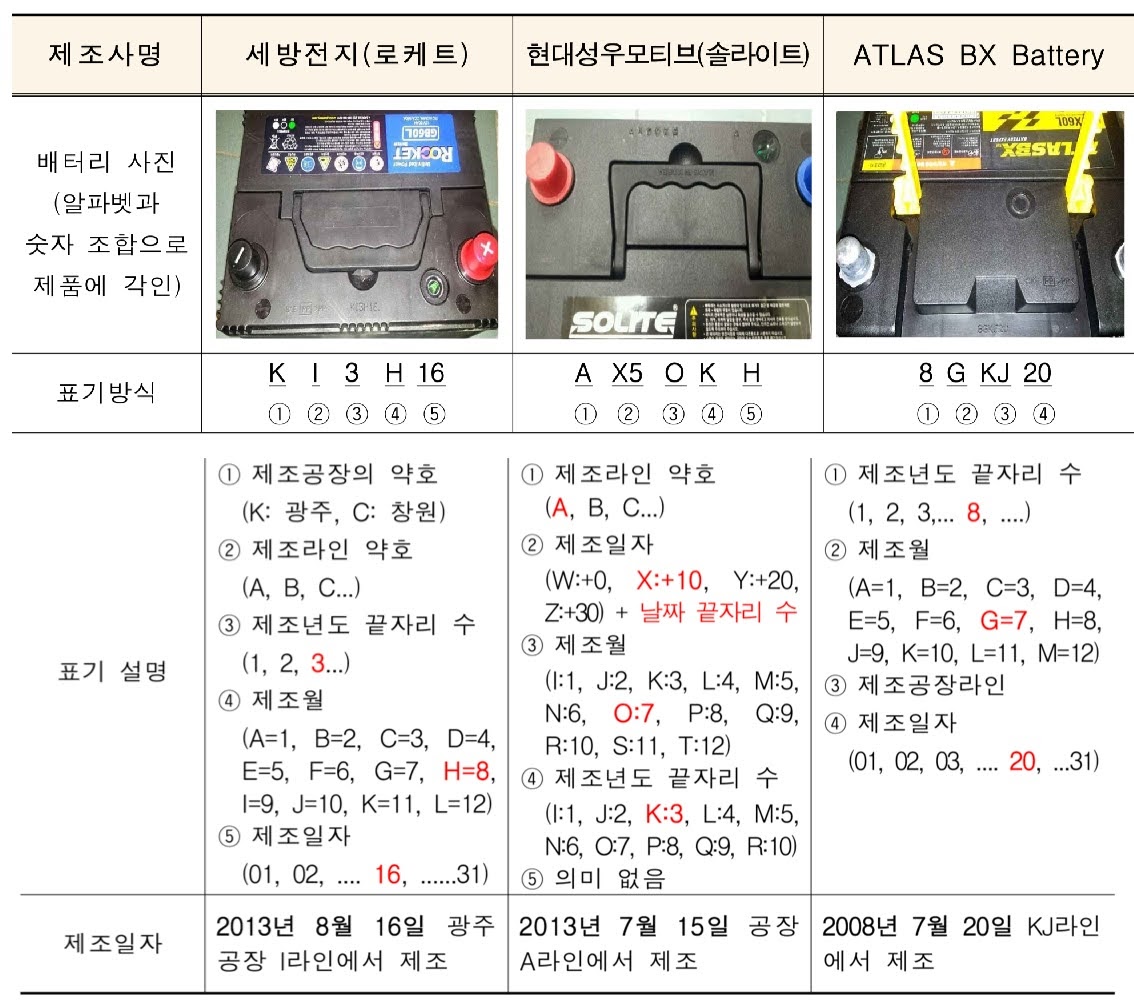 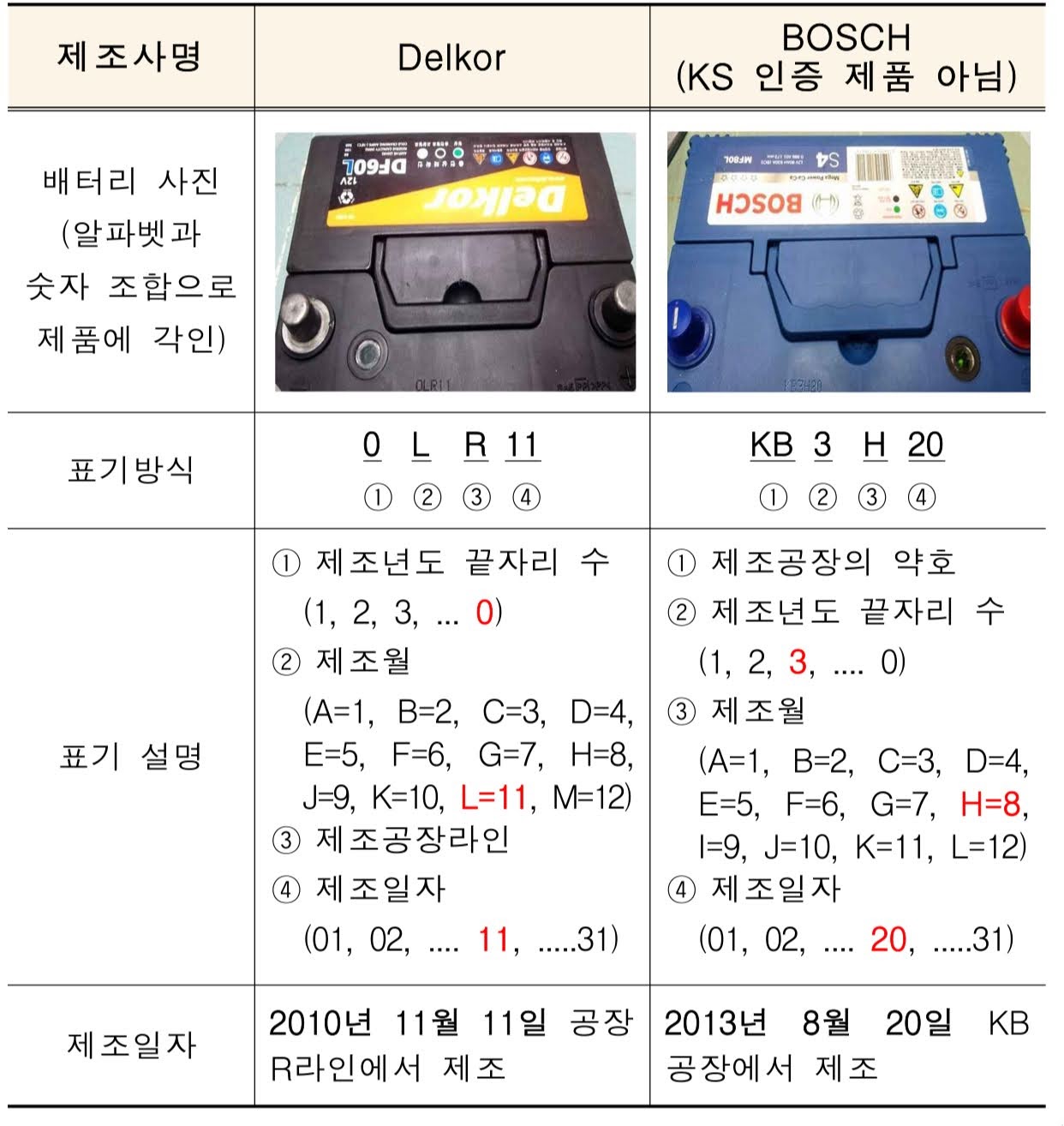 How to check the manufacturing date of your car battery

I had a Delco battery in my car, but the date of manufacture was in code, not day-month-year. The batteries were manufactured before 2015.

A car battery replacement cycle is said to be 3-4 years, but my battery is at least 7 years old. ugh

It absolutely had to be replaced. If the magnetic battery is not marked with the year, month, year, and year, but the code as above, it is manufactured before at least 2015, so it is likely that the battery needs to be replaced.

When the car battery is discharged, it goes to the emergency room and jumps, then re-energizes the voltage. When I checked the voltage to see if the generator is charging the battery well, it said there was nothing wrong, and the battery said it was okay.

It was discharged 6 times this year, but when I asked the six drivers who were dispatched, they said that the battery does not need to be changed yet. If I had only checked the manufacturing date of the battery, it would have been replaced sooner.