Discharge of recyclables by day of the week 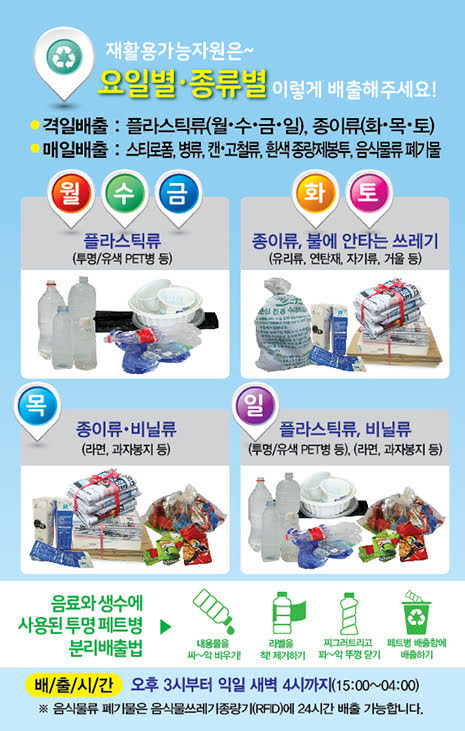 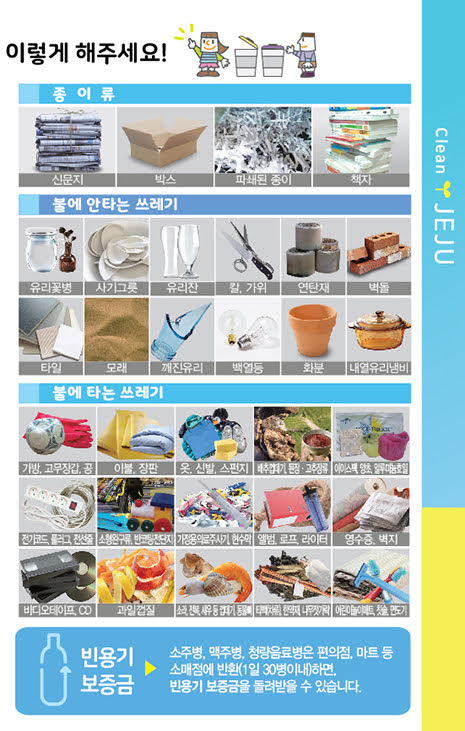 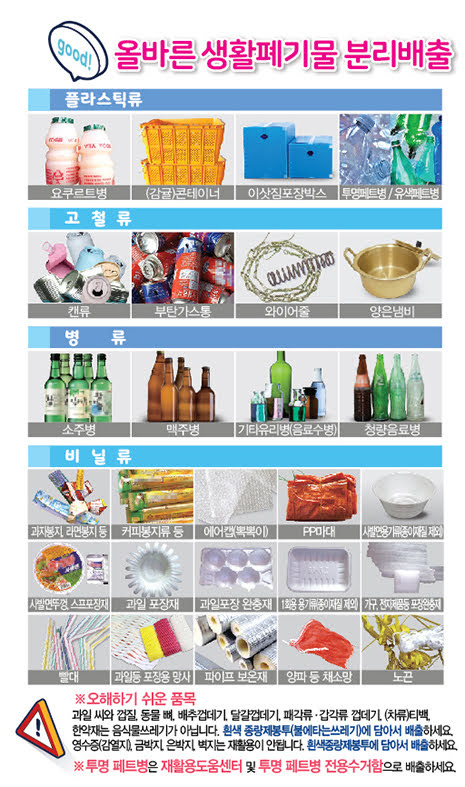 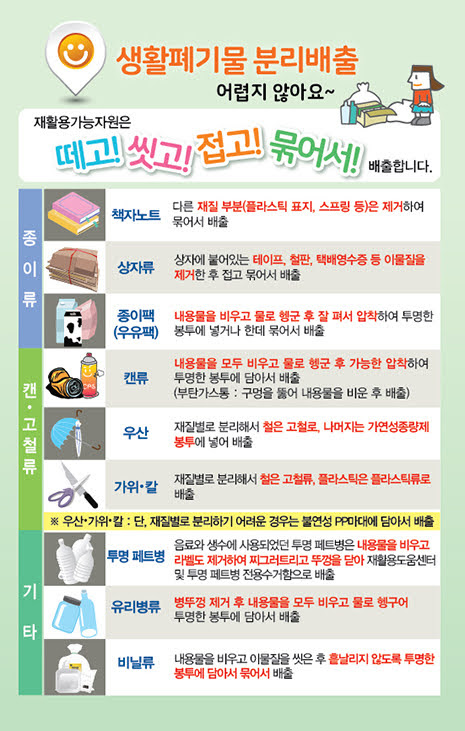 From December 12th, separate disposal for each transparent PET is required. 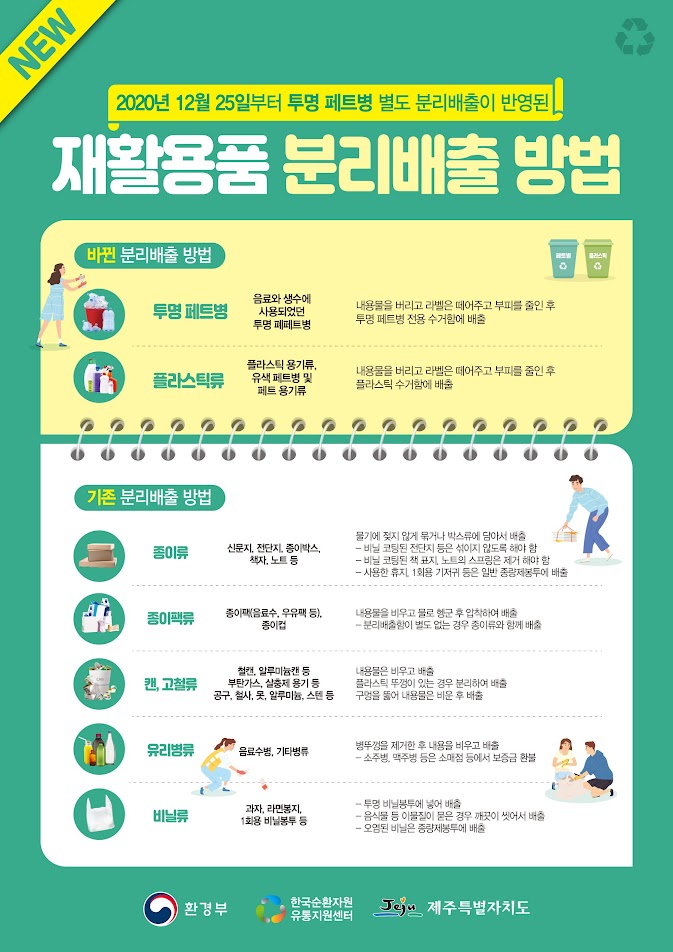 Ordinary garbage can be thrown out every day.

Recycling is done on a different day for each day of the week, but general waste can be thrown out every day. Instead, the time is from 3pm onwards.

Food waste can be thrown away at any time, but not for recycling. Depending on the plastic or paper, the disposal day for each day of the week is different. But even during the day, you have to throw it out only after 3pm. I don't know why.

I don't know if all of them were applied to the clean house, but a barrier was formed around November.

Recycling is not allowed until 3pm on weekdays as this barrier is down. 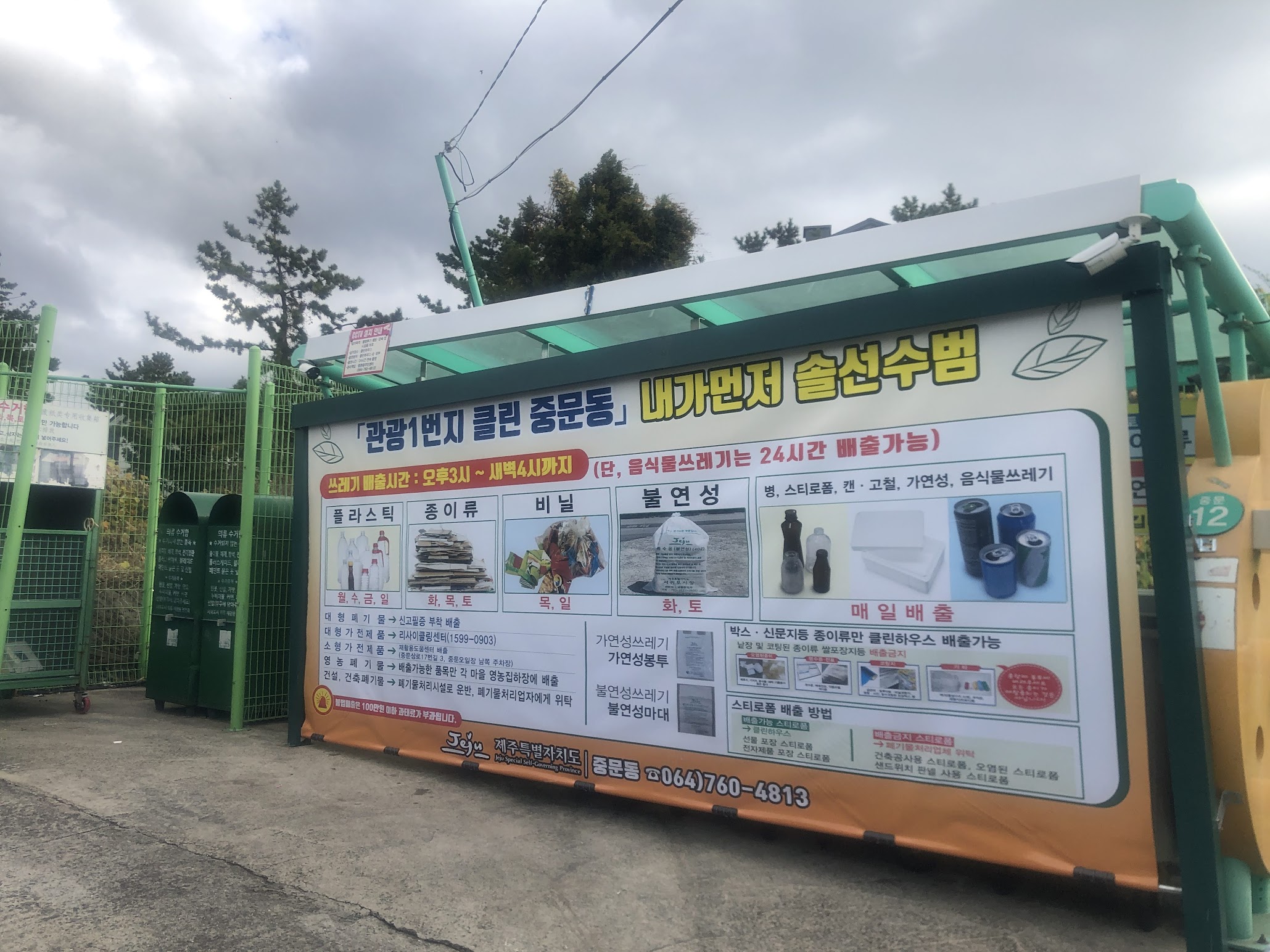 I don't know why and there's no explanation as to why you shouldn't throw it away before 3pm.

Food waste can be thrown away at any time

Only recyclable waste has a set time to dispose of it, and food waste can be thrown out at any time. next to the picture above food waste placethis is separate

Items that should not be thrown away in the clean house 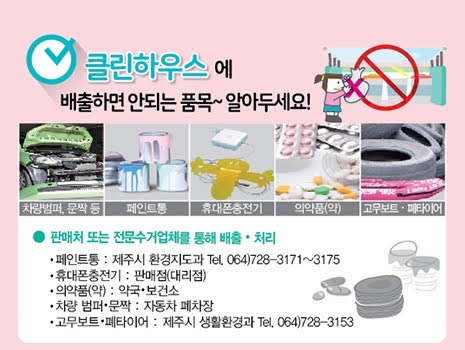 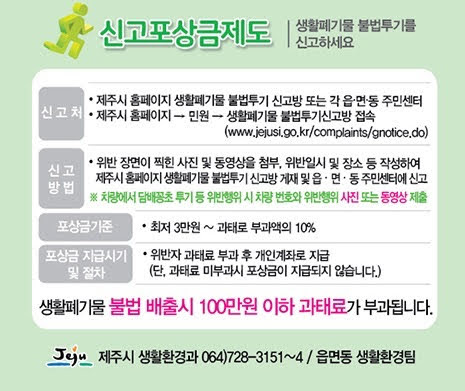 In summary, you can throw out general waste and food waste every day, but the day of recycling differs depending on the type. It must be thrown out after 3pm even during the day. The exception is food waste, which can be thrown out every day or at any time.

I don't know why, and I have no explanation. I don't know if the daily collection is different or if the recycled products collected every day are different.

If we were not citizens of the military regime, and if we could tell you why, I think we would be able to protect it better.