Light comes in from the nose of the VR headset

VR devices make you visually think you are in another world. But when you first use Quest 2, the light comes in through the nose.

What is this? I think I wrote it wrong and try the quest again. Still, it's the same. Maybe I didn't do it well?

I looked it up on the internet and found that all of them are the same, and this is called kobitsem.

Is the headset standard for Westerners?

If you look at the community, there are many sayings that the quest is made based on the nose of a Westerner, so because of the low nose of an Asian, there is a space in the nose and light enters through it.

However, when I searched Reddit or English sites, Westerners also have problems with light leaks. In English, it is called light leakage under nose. 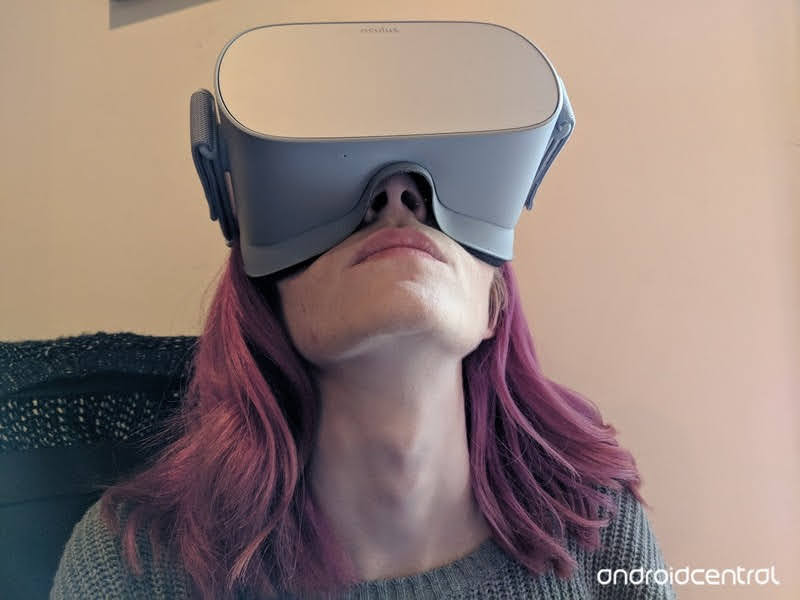 I don't know if the meta (Facebook) was made based on the nose of a westerner, or if the space was created at any height of the nose on purpose.

In fact, the current Quest form factor can't fit everyone's nose height unless you make them adjustable like the nose pads or bridges of glasses.

If I make a VR headset, this part seems to be a concern. I think we should look forward to it as the meta says that it will be made in the form of glasses rather than a headset form factor.

Nasal glands are not a big problem

In the theater, someone opens the door and the light comes in. It is not that light enters through the nasal glands and brightens the inside of the headset.

The problem is that the real world can be seen through the nose. I even thought about buying something to block the nasal glands.

But when I tried it, it wasn't a problem for me. While using it, I did not recognize the nasal light leak.

If you focus on what's in front of you, you can't see the lower part of the nose. You have to close your eyes to see it.

The good thing about the nose area

There were also advantages.

You can see the external situation through the nose space without taking off the quest headset.

There are times when you bump into a table or wall, and if you think it will move a lot, look down with your nose and look outside.

There's a function called pass-through, so you can see the outside a little translucent even with a headset on. It is turned on and off by tapping the headset twice, so it is convenient to put your eyes on it when checking the external real space for a while.

Looking at the community, I think other people are like that too.

“If you watch a video in VR and receive a phone alarm, you can look at the phone under your nose 😆 Reorganized”

Exercise with Oculus Quest 2 When I do, I record my workouts with my Apple Watch. At this time, it is convenient to operate the exercise app with the Apple Watch because it can be seen through the nose. The screen of the Apple Watch is hard to see through pass-through

When I exercise on a quest, I get a lot of heat and sweat, but it's ventilated through the nose, so there's less steam.

People who have a lot of steam or have stuffy noses may change to a fan for ventilation as shown below or a flat foam that can be ventilated. 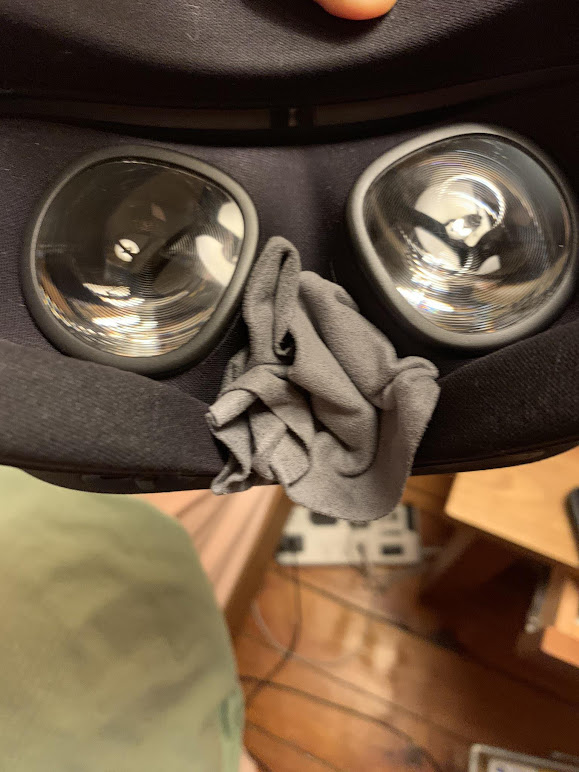 It's completely out of production. There are many accessories in the aftermarket market.

The following products are sold on Ali Express.

There are also domestic shopping malls.