A product or service that is not an art has a functional value of usefulness. However, even if utility is created through the same function, if it is aesthetically beautiful, it is emotionally good and the product competitiveness is good.  beer foam artMy coffee foam art is more than just pretty, it feels art, and beer or coffee is a waste to drink. I call this a dahong skirt pattern (the original meaning is bad, but it has already deteriorated and is commonly used to mean that pretty is better).

Today I found another similar saree. 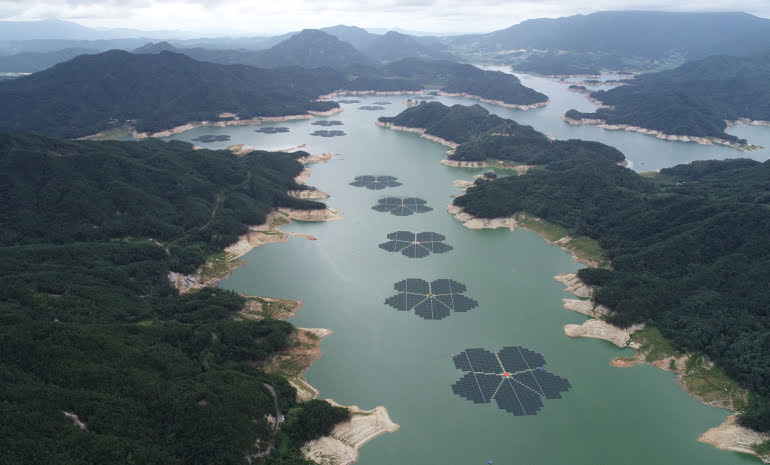 It is a floating solar power plant built at Hapcheon Dam in Hapcheon-gun, Gyeongnam.

The 41MW power generation capacity of the Hapcheon Dam floating solar power plant is capable of supplying 5MWh of electricity per year.

This is not only sufficient for home use by 2021 registered Hapcheon-gun residents (as of October 10), but also enough to be used by up to 4 people per year.

Since electricity is supplied by an eco-friendly renewable energy method, an eco-friendly effect that can reduce 30 tons of fine dust and 2 tons of greenhouse gas generated annually from coal-fired power plants occurs.

Another important meaning of Hapcheon Dam floating solar power is that residents participate in development and share profits, opening up new values ​​for the renewable energy business.

For the first time as a domestic floating solar power project, about 20 residents in 1,400 villages in Bongsan-myeon near the dam will invest about KRW 31 billion through the village community and receive a portion of the power generation revenue every year.

In addition, the equipment used for floating solar power is a product that has been judged to meet the 'sanitary and safety standards for water supply materials', which are more than 10 times stronger than the quality of drinking water. was written

The shape of the floating solar power was constructed in the shape of a plum, the symbol of Hapcheon-gun, in consideration of the waterside scenery of the dam. Floating solar power is expected to establish itself as a new tourist attraction along with Haeinsa Temple in the future, and to help revitalize the local economy by linking with regional representative festivals such as the Hwangmaesan Festival.

In addition to doubling the value through aesthetic elements, it also contains and creates a symbol for the local plum blossom, and the local community is connected to its operation. That is really cool. Whoever came up with this plan is amazing! 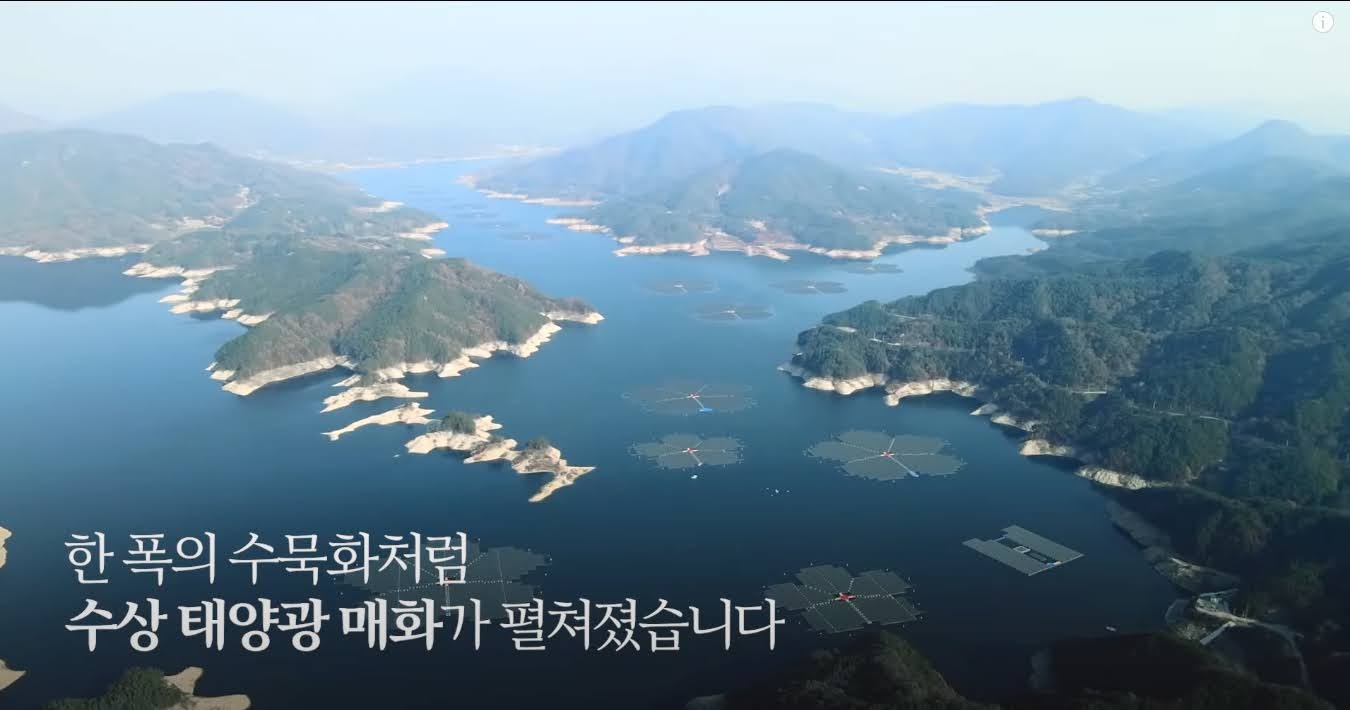 The sunlight seen up close is as follows. 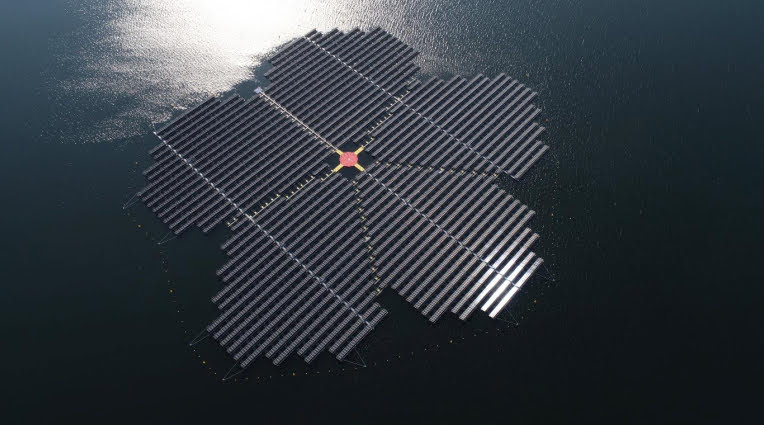 I found Overseas distribution trends and implications of floating solar power (Korea Energy Economics Institute)According to Hapcheon Dam, the floating solar power plant was opened on December 2013, 12. In the picture at that time, it was made of four pieces like a plum, but it seems to have a concept to open this time.

It's the first time I've seen this, so I looked up the existing floating solar power plant.

The photo is of the Boryeong Dam floating solar power plant in 2016, and they are all square. 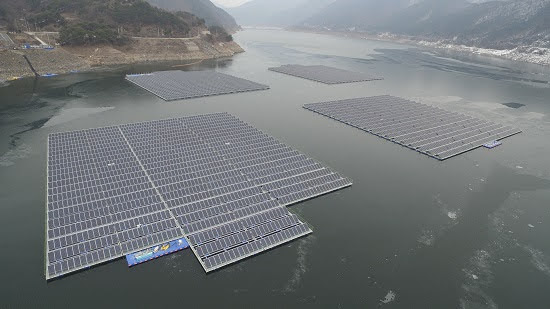 The shape above is usually a square solar panel made with only functionality and efficiency in mind. Like White's <Square Dream>, everything is square.

Looking at the results, you might think that anyone can do this, but this is similar to Columbus's Dalgal. You know when you do it, but you don't think about it until you do it. The biggest hurdle in terms of execution is a square panel, which has a large area, so it must have been for efficiency.

There must have been a strategy in this plan. Efficiency is reduced because of aesthetics. However, if this aesthetic creates issues such as attracting tourists and the president directly coming to the ECG, the cost can be offset. In addition, since private companies are unconditionally interested in profit, it is also possible for the public to have no interest in linking with the region or tourism in the region. Compared to Myung-bak, who is trying to sell KEPCO and the Korea Water Resources Corporation to the private sector, the president is different, so the country's level is also high.

Aesthetics not only enhances the appearance of a product, but also doubles the value of the product itself. This sale seems to provide a glimpse into strategic planning in terms of cost and benefit.

I did a bit of research to try and do something about this project, but there were only a lot of articles and there weren't many, so I decided to look for it later.