Things Cloud synchronization of a to-do management program called public beta(Until some time ago, it was a closed beta that received applications).

There are apps for Mac, iPhone, and iPad, and data between these devices needs to be synchronized.

The advantage of using the cloud is synchronization and backup between devices. When only one device is used, it can be used as a backup. 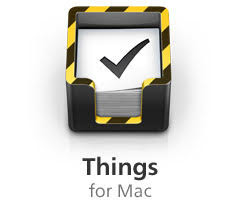 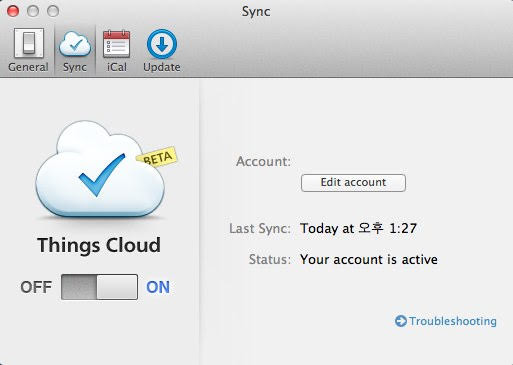 The data entered into the Things Beta is synchronized with the cloud. It doesn't seem very slow.

1. Update to the latest version from the App Store

2. Go to the Settings screen and shake your iOS device (iPhone or iPad). Shake it and you'll see an option to choose beta testing, turn it on and create or enter an account. 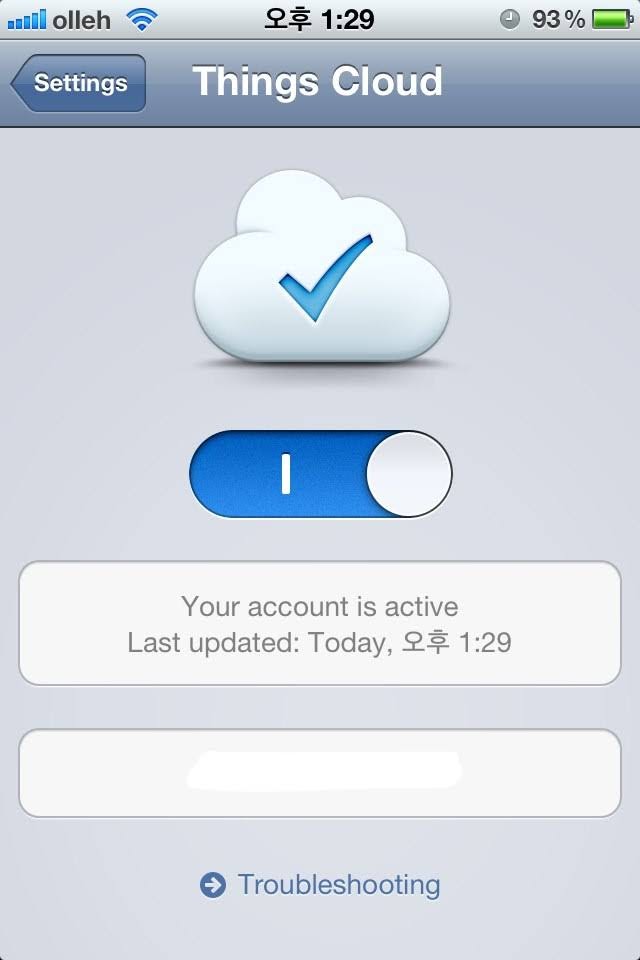 I made a separate app for Mac, but it's difficult for iOS, so it's a way to add and activate a function, but it was fun to shake it out.

It feels a little slower when first turned on than when using it as a standalone because of synchronization, but it doesn't seem to be very slow, but sometimes it dies.

How to import existing data?

It does not yet provide a function to move existing data. During the closed beta, I also sent an e-mail, and I got a reply that there were a lot of people asking for it and that it was being prepared. These guys seem to have taken almost a year to add the cloud function, but I'm so slow I can't believe they'll do it sooner.

As we saw through various examples on my blog, especially Apple's case, if the company doesn't do it, a competent person does it, or does it in a third-party market. Of course you have to be open to doing it.

I don't know who used only iPhones or iPads, but in my case, I was syncing my Mac and iPhone, so I did a search to make AppleScript on Mac, but someone already made it on the forum. hurray!

When I tried, an error occurred in the middle when People were specified. I deleted People and it worked.

When the import function is provided later, I decided to just use the beta, hoping that it would handle it well so that it would not be duplicated.

Now, at work, connect your Mac to a wired connection to sync Things on your Mac and iPhone. wifi sharingYou don't have to do it (I still have Papers synced in my case), and you don't even have to sync with dropbox on your MacBook at home.

Mobile UX Expectations and ConcernsAs mentioned in the announcement, the seamless user experience between devices is now emphasized and enriched between desktop and mobile devices.

Because of cloud synchronization and subtasks, I tried a few times to use Omni Focus, which I had only used on Mac for a year before, but there was no subtask, but it was simple, but I just had to use it in my own way, and it was prettier than Omni Focus, so I had to put up with it.

For a really long time, Thins users have been asking for cloud sync, but the company has been moving really slowly and has had a long closed beta. If you go to the forum, there are a lot of complaints about it, but I'm glad that even now, beta is open.