You can watch VR for free by installing the YouTube app on Oculus Quest 2. If you go to YouTube with Oculus, you will see a menu where you can watch 360-degree videos. 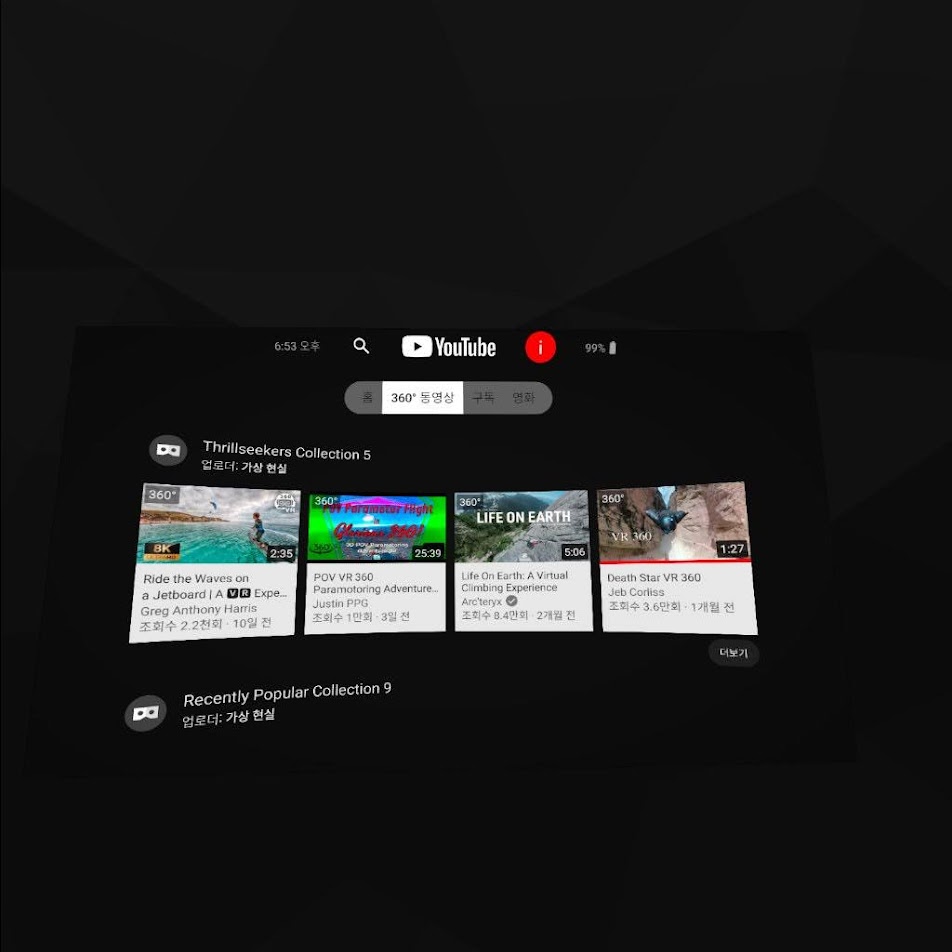 The higher the resolution, the better it was to see, but it was not so clear when watching a YouTube 12-degree video called 360K. Even with the highest quality, there was no difference. 🥺

But when I try to exit the YouTube app, there is no menu to exit.

Other apps have an exit menu as an icon or text, but no matter how much you search, there is no exit menu. So I just turned the power off. It is still the same even after turning it on again, so I rebooted by pressing and holding the power button.^^

I was frustrated, so I searched the internet and found posts asking how to get out of YouTube like me. It wasn't just me. 😆

There is no exit or exit menu on the YouTube screen.

You have to call the exit menu screen by pressing the controller button.

I searched for a way to close the YouTube app in quist, and there are many posts asking about this. Not only in Korean, but also in English.

I wasn't the only one wondering.

If you can't find the Exit App menu in Oculus Quest, press the Oculus button on your controller.

Like the fish in the sea, the app has to play in the OS platform, and some apps, including the YouTube app, don't have an exit menu as if they were everything.

Fortunately, if the app doesn't provide a quit menu, or if the user doesn't find it, the OS-provided hotkey menu can kill the app. I have a bad memory, so I can't memorize the hotkeys, but I have no choice but to memorize the Aculus button.

If you press the Oculus button (referring to the O-shaped button) on the right controller, a system menu pops up and asks if you want to close the app.