My home internet was too slow, so I changed the internet carrier and changed the router. I haven't been in Seoul for a long time, so I was using an ipTIME N100M that only supports 2.4Gz, which I used a long time ago for 604 megabytes.

The speed is between 2MB and 18MB, but when it rains, it doesn't even come up to 2MB. get upset slower than cell phones.

Recently, it was too slow, so I changed to KT Internet which supports synchronization. 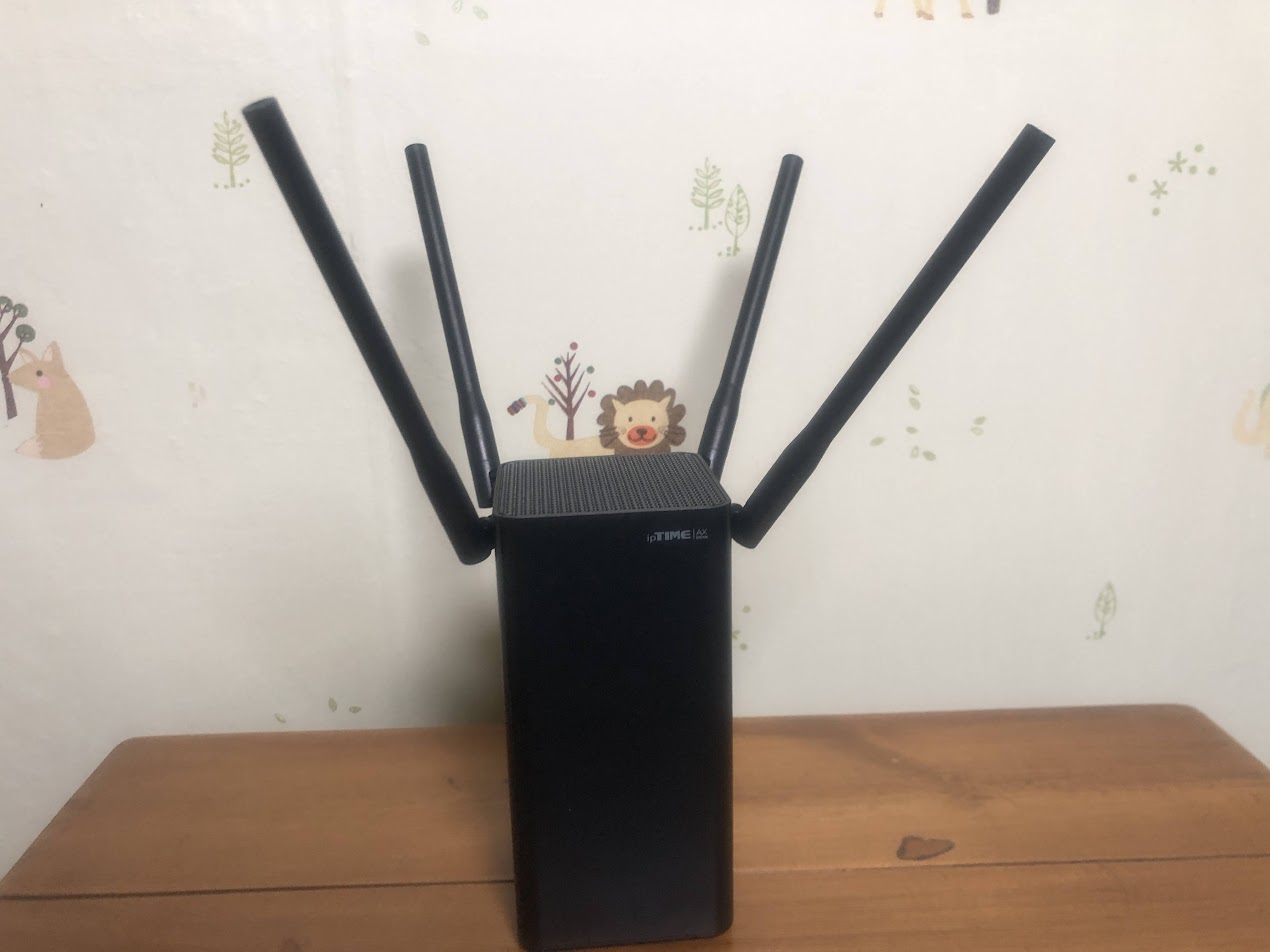 Wi-Fi 6 DescriptionAccording to Wi-Fi, the speed is faster and latency is reduced by up to 5% compared to the 75th generation of Wi-Fi. WiFi 6 handles up to 9.6 Gbps and Wi-Fi 5 handles 3.5 Gbps.

It can distribute well among multiple devices and speed up specific devices.

In general, it is said that a Wi-Fi 500 router is meaningful only when the Internet product is about 1 mega or 6 gigabyte.

I can distinguish the generations behind 802, but I found out for the first time whether it was the 4th generation Wi-Fi in the Seoul house and the 5th generation in the Jeju house.

Because it uses a 100 mega product, it is the 4th generation of Wi-Fi.  ipTIME N604M It is also possible, and if you use a USB external hard drive, the 5th generation  ipTIME A2004MU It seems great enough

However, since my M1 MacBook Air supports Wi-Fi 6, I thought it would be more stable and faster even if it was a 100-sheet product, so I decided to try the cheaper model that supports Wi-Fi 6.

Below is a capture from the video. ipTIME AX2003MThe CPU is weak with MediaTek 880MHz, but the price is good. 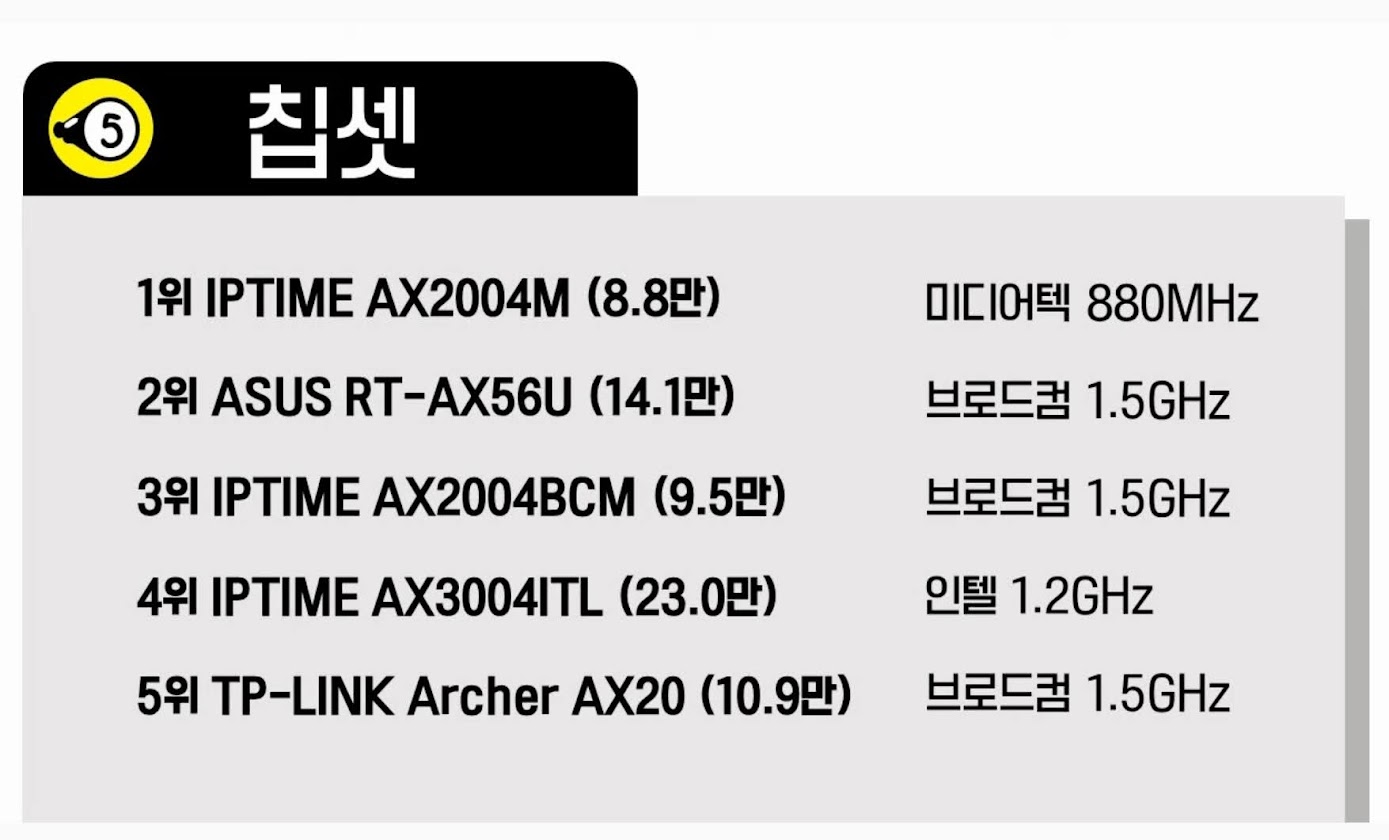 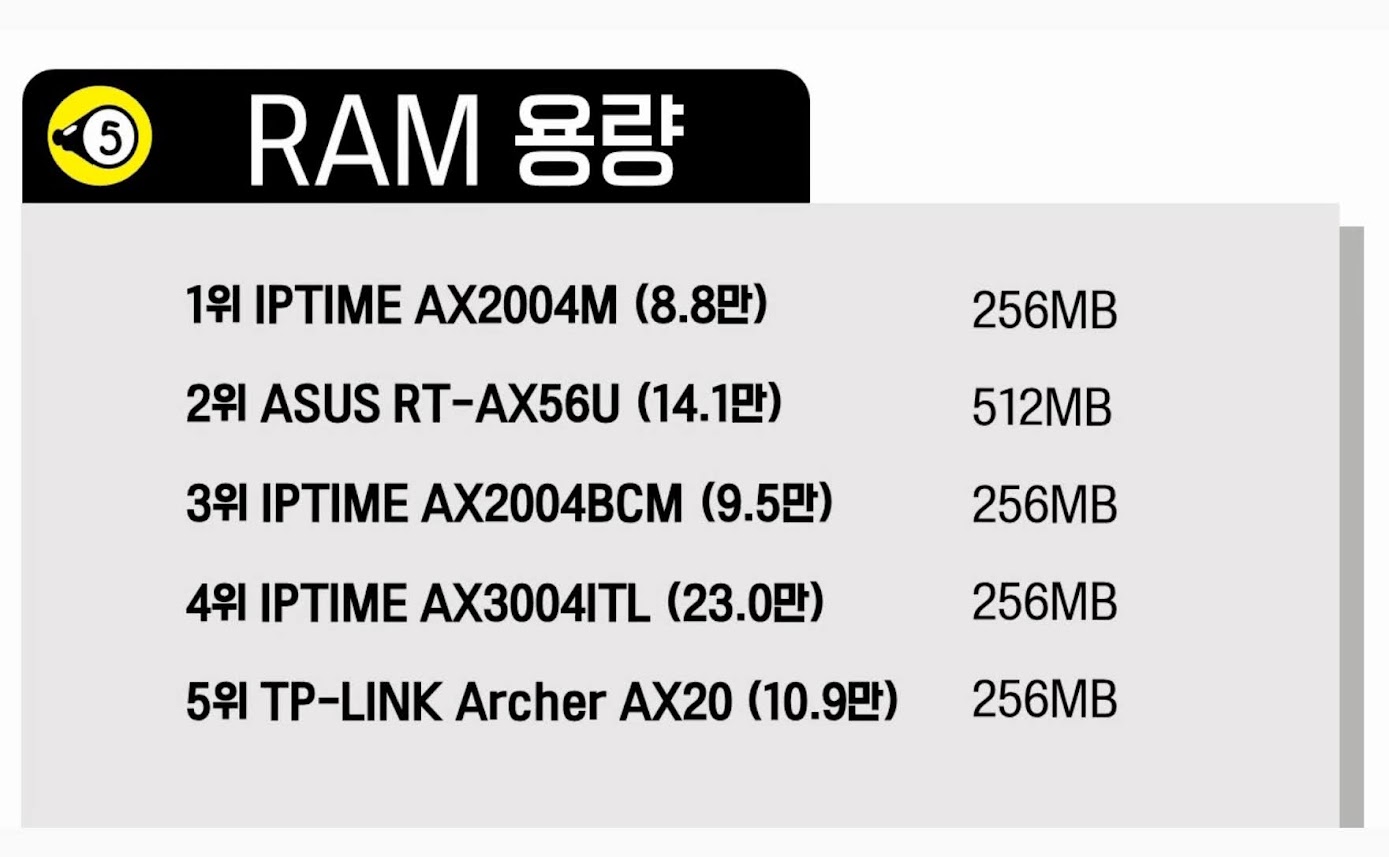 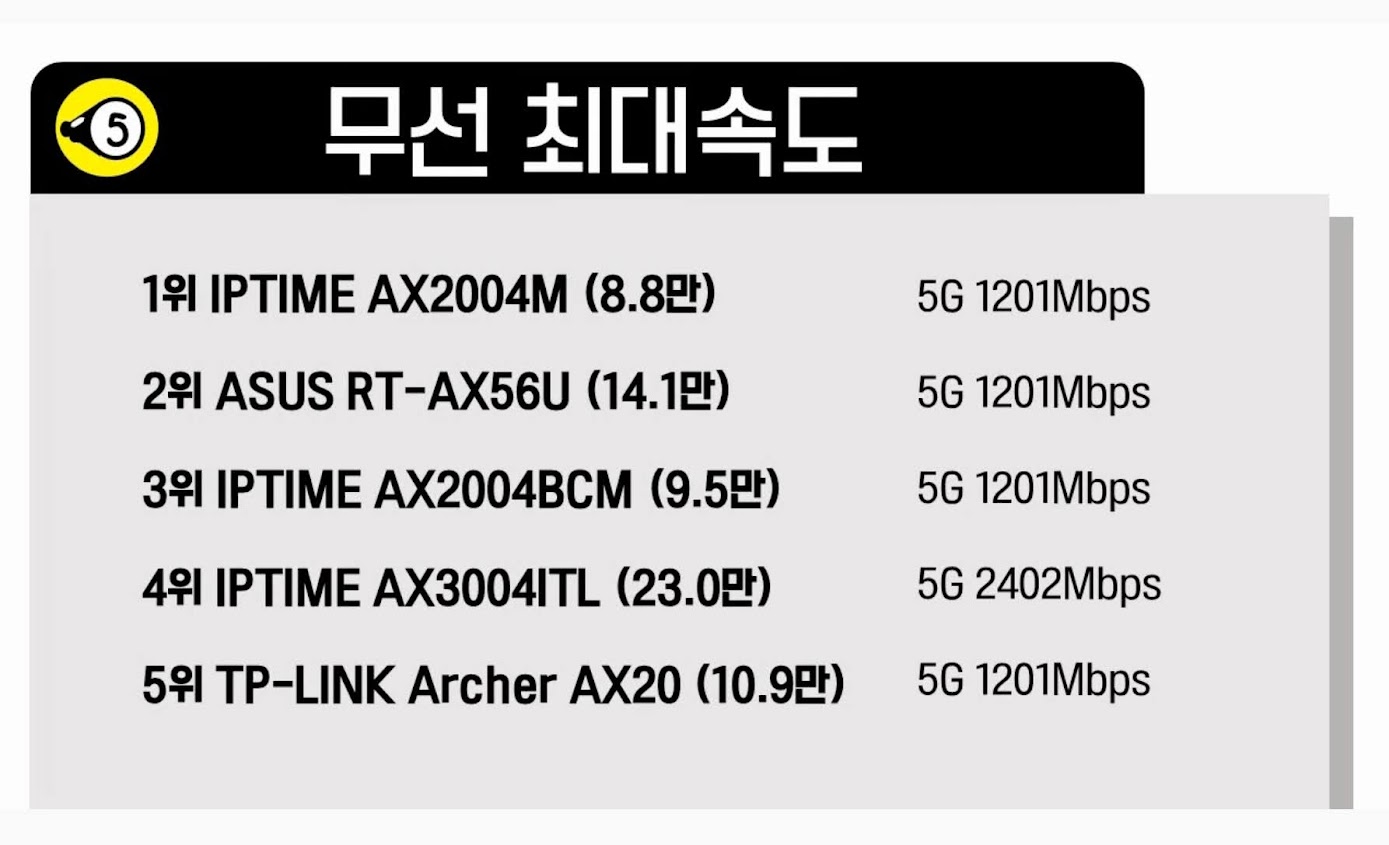 For more details, please refer to the video below.

looking at the CPU ipTIME AX2004BCMI wanted to buy it, but the price difference was huge, so I ended up  ipTIME AX2004M was purchased from Coupang.

This seems to be a decent price, except for the chip, among other routers that support Wi-Fi 6.

There is also an ipTIME that can be relayed, so I decided to use the familiar ipTIME to configure a mashup and update the firmware quickly if necessary.

4G vs. router on the same carrier. Speed ​​difference between 5th generation and WiFi 6 supported terminals

The Internet makes a difference between uploading and downloading depending on whether it is symmetrical or asymmetrical when it comes to your home.

I measured the speed before and after changing the router.

I tested it with iPhone X. iPhone X supports up to Wi-Fi 5.

I've tried it a few times and the difference between the routers is surprisingly large. I didn't know it was a Wi-Fi 4th generation router and was using it!

There was no significant difference in download proficiency between the M6 MacBook Air with Wi-Fi 1 support and the iPhone X without it, but the latency of the M1 MacBook Air was shorter.

It is said that the Wi-Fi 6 router distributes well when there are many smart devices or iot devices, and uses resources by concentrating on devices that require high speed such as smartphones and MacBooks, and supports low power or low speed for devices that do not.

Speed ​​measurement is to measure the amount of time requested and received at one time. In actual use, unless you are streaming like YouTube, you often change the browser page. Therefore, since the Wi-Fi 6 router and the terminal supporting Wi-Fi 6 have a relatively short delay time, the speed seems to be a little faster in actual use. Still, I don't think it's to the point where I can feel it very seriously.

It's not an exact experiment, it's just a few measurements of speed, so it's not an accurate result. And the subjective speed difference used as a sensation other than just measuring speed is not very big.

Since it's streaming at YouTube speed, there's not much difference, but Internet radio doesn't stop and it feels a bit fast when changing pages. There are fewer than 10 devices in the house and devices that support Wi-Fi 6 M1 MacBook Air There seems to be no environment in which Wi-Fi 6 can work well.