I listen to music on my iPhone when I sleep. I wanted the music to turn off when I fell asleep, so I looked for a way.

I wish the music would turn off automatically when I sleep

I put this scenario in when making the wearable. The wearable detects sleep and wakes up, so you can connect it with iot. It's always a pity that I couldn't complete the wearable band.

If IOT doesn't work, you just need to have a timer function in the app.

How to stop music after specific time in apps without timer

These days, I mainly use YouTube, YouTube Mujik, and nPlayer, but there is no timer function in the app.

If there is no function in the app, I opened the timer app, Apple's default app, to find out if there was no function at the OS level of iOS or iPadOS. 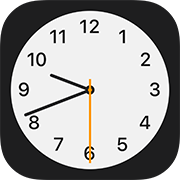 Using the clock app, which is the default app for iPhone and iPad

The clock app, the default app, has a timer function.

After setting the time for the timer, you can select what action to take when the timer expires. Usually you choose which sounds you want to hear, but you can disable other apps that make sounds.

Because there is only one app that makes sound on the iPhone at the same time.

This is because only one app can play sound at the same time on the iPhone. If you check Stop Running, any app that makes a sound stops running.

Apple made the iPhone from the start, not as a computer, but as a home appliance. So, compared to Android phones such as computers, especially Windows, iPhone multitasking is only possible with locations and music that Apple allows. It's been inconvenient since the first iPhone came out, but only a few were opened little by little. It's all because of battery consumption. This is inconvenient, but I have been using it with patience since the iPhone 3GS due to battery consumption.

Even if the app doesn't have a timer function, you can use the OS function to create the app's timer function effect. It seems to be able to take advantage of the multitasking restrictions of the OS rather well.

If the user does not provide a timer in the music app, the timer function is effective in a different way. So even if you didn't think of it at first when you made it, it would be nice to have this feature in the music app.

Music app has not only music but also ASMR and sleep-inducing white noise.