There are times when the answer to a problem is the same principle. This can be organized as a design pattern. collected at once.

There are times when a child or cat needs to be weighed, but it is difficult to sit still or to put it on the scale.

Can you weigh yourself?

put it in the basket

When I went to the pediatrician to vaccinate my first child, I was asked to weigh in. When I went to the weigh-in, there was a basket. When I saw this, I thought it was a bit inhuman, but at the same time, it hit my head and made my heart flutter. There is such a way!

When I went there after that, there was a wide scale that I could put on it.

The method is simple. I hold it, weigh it, and subtract my weight.

After holding the cat and weighing it, you weigh yourself and subtract it to get the cat's weight.

A nursing baby can do this as well. 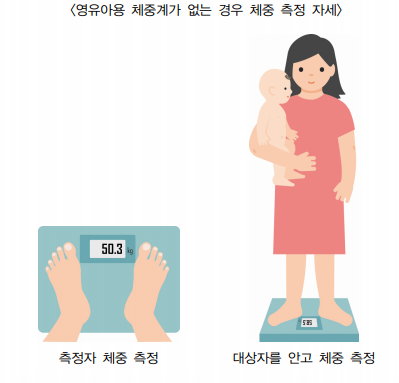 Koalas like to be attached to trees.
When I went to Australia, there was a koala in a small zoo, but when I first saw it, I thought it was a doll. But after looking at it for a while, it moved. There are a lot of wildfires in Australia, and it is said that a lot of koalas die at that time. I heard that even if there is a fire, it will stick to the tree and then burn to death.

I accidentally saw it on Instagram.
How to weigh a koala.

The principle is the same.

Usually, the scale is measured while standing on both feet. Therefore, since it is impossible to measure the infant who cannot stand, the pediatrician uses a basket or a special scale that is wide and can measure the height.

So, how can a person with a lower limb disability be weighed like an infant?

I searched and found the answer.

Won the Encouragement Award at Incheon Idea Contest Chae-eon Kim's idea to install a scale for people with disabilities who use wheelchairs to weigh themselves while sitting in a wheelchair이다. 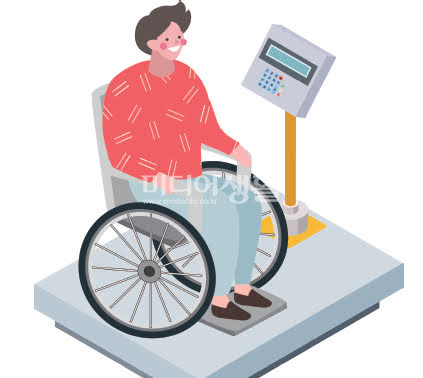 In particular, Kim Chae-eon realized that it is difficult for people with physical disabilities to receive health care unless they go to a specialized hospital because they depend on a wheelchair. He explained that he came up with the idea of ​​installing a scale for wheelchairs.

The principle is the same as what I first saw in pediatrics. However, we need a large scale that a wheelchair can climb, rather than the other two-legged scale we have. I've seen a wide range of weights for weighing things, but I don't think I've ever seen a scale that a wheelchair can climb on. It seems expensive to have one at home. When will we be able to see scales that allow people with disabilities in wheelchairs to weigh themselves at public health centers or health check-up centers?