When you view a Word document created in Windows in Word for Mac, sometimes characters are broken or overlapped. The same goes for PowerPoint.

When text is displayed as ㅁㅁㅁ in Mac Office

When opening a document created in Windows with a Mac's Word or PowerPoint program, there are cases where a square box like ㅁㅁㅁㅁ is displayed where text should appear.

In this case, the font does not exist on the Mac. Documents created in desktop and gullim fonts in Windows are displayed well in Office for Mac.

The problem is clear gothic. Sunny Gothic fonts are often used in Windows, but since Sunny Gothic is not installed on Mac by default, characters cannot be displayed.

All you need to do is bring the clear gothic font from Windows to your Mac and install it.

There is a clear gothic font in c:\windows\fonts on the Windows computer. If you bring it to your Mac and double-click it, the font is installed.

In Windows, Sunny Gothic was included for the first time in Office 2007, and in Windows Beast and Windows 7, Sunny Gothic is built into the operating system.

The reason is probably because there is no Korean version of Office for Mac. There is no clear gothic font, and there is no Hangul spell checker. The lack of consideration for Korean users while using Mac in Korea is considerably higher when using Apple products than when using Microsoft products.

Just because you have installed the Sunny Gothic fonts in Windows on your Mac doesn't mean that all the problems will go away. 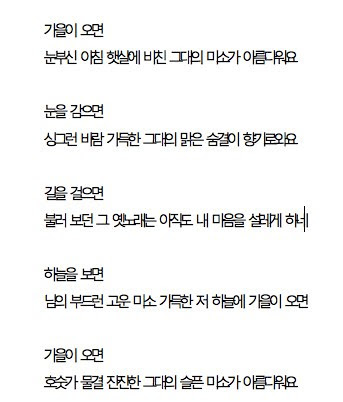 In this case it is happening in word doc extension, office 2007 If you save it with the docx extension created first in , it will be lost.

When using Windows Word and Mac Word together

There is a problem when using a document created in clear gothic in Word for Mac on Windows. When I open a document in Windows Word, even if there is a clear gothic font, it is not displayed.

So, you can say that the documents between Mac and Windows users are pdf, but this is not a fundamental solution. In situations where you need to edit a Word document even on Windows.

The reason for this problem related to Sunny Gothic is because of the font name.

This is because the font name on Mac is 'Malgun Gothic', not 'Sunshine Gothic', even if the Sunshine Gothic font imported from Windows is installed on the Mac.

This causes the most serious Mac and Windows compatibility problems for Korean users who use the clear gothic font.

There is a way.

Method 1. edit it yourself

Method 2. Using the sunny gothic font whose font name has been changed

Here are a few places where you can download them. (The link below is currently unavailable.

At first, I took a sunny gothic font from Windows and renamed it to FontForge, but yesterday my MacBook didn't work. I pressed the power button to force it to turn on and off. The clear gothic font disappeared, so I just downloaded the font from the x86osx library and used it.

Thank you to those who provided explanations and those who uploaded them to the archives.  How to view content next to a list in Apple MailAs in the case of Microsoft or Apple, users who are thirsty for what they should do are digging a well.