When I am in Jeju, I use Coupang because of the shipping cost, but I mainly use Naver shopping for things I use at my Seoul house. Because there are many points when purchasing. This time, when I bought a chair at my house in Seoul, I signed up for a Naver Plus membership and received additional points, as well as 5,000 won as a referral code. We have compiled a list so that you can use the referral code when you sign up for a Naver Plus membership. 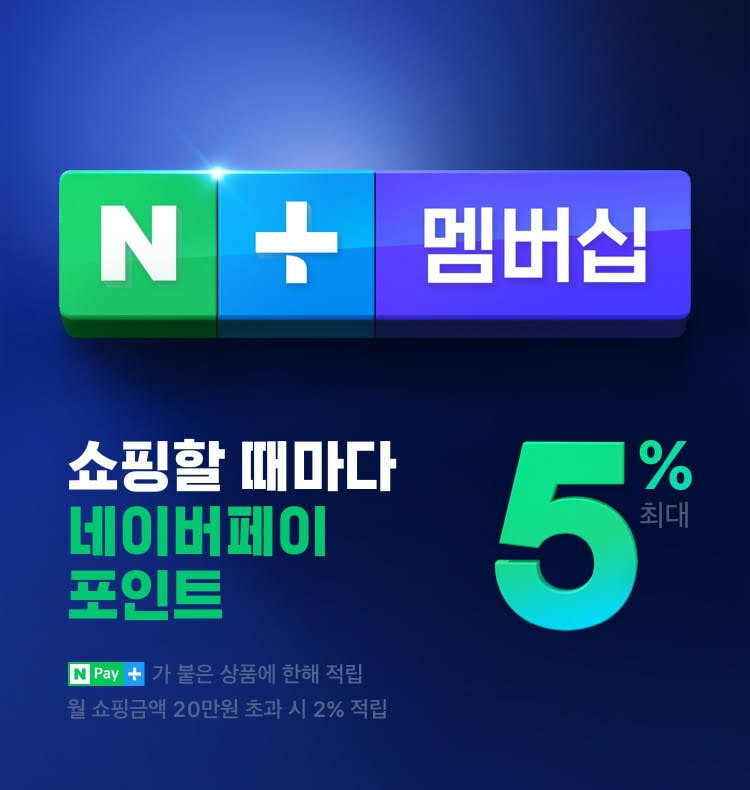 There are also content benefits among Naver Plus memberships. 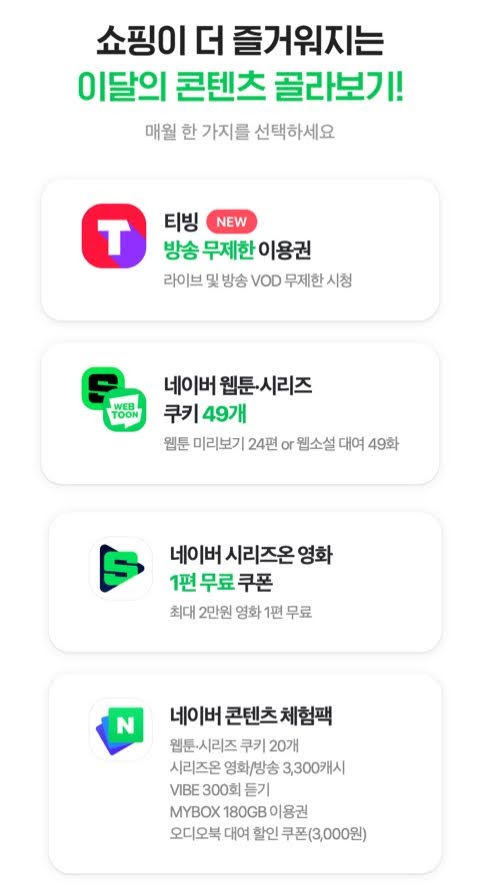 I am using Netflix, Coupang Play, and YouTube Premium, but I chose it because there was not enough broadcasting content, so I thought that TVing's VOD would be okay, but my Samsung TV doesn't have the TVing app, so it was useless.

The reason I signed up for a Naver Plus membership is because membership earns additional points when shopping, and points benefits are also available when paying by charging from a Naver account.

However, when I bought the chair this time, I realized that it was a good idea to use it for just one month, so I signed up for a Naver Plus membership.

One month free use of Naver Plus membership

Naver Plus membership is free for one month when you sign up. You can receive additional points for a month, and there are also content benefits.

When the Naver Plus membership first came out, I tried to use it for free for a month, then canceled it and signed up again this time.

Sign up for Naver Plus membership with the invitation link and get 5,000 won

When I tried to sign up for a membership, it was said that if you sign up through a friend invitation code, both the person you invited and those who signed up through the code or link will earn 5,000 won each. So, I searched for a link from someone I didn't know, signed up, and received 5,000 won in Naver Pay Points. 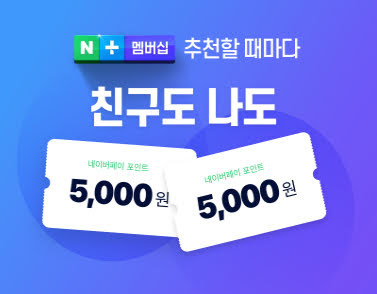 Only those who have signed up for membership can issue an invitation link.

Simply register your referral code in the following way and simply sign up for membership.

The capture below is 5000 won that I received as soon as I signed up. No matter who it is, the recommender I used must have received 5,000 won.

The recommendation code is even included in Korean. Copy and paste this phrase '1ZZOYX's best membership'.

If the referee cancels membership within one week of joining the membership, the points paid to the referrer and the nominee will be recovered.

Of course, if you cancel within a week, both will be refunded. However, if you cancel after a week, it seems that points cannot be collected, but I do not know what it is.

Referral marketing should be a win-win for everyone who receives the recommendation, not just the person who recommended it. Although it is cumbersome to develop, it is better to market through users rather than through mass media for subscription. Users are the best marketers. It's a marketing strategy I came up with when I first created the Naver Post service, but it's still a good marketing method even if I'm a consumer.