I got a call from my senior. I'm camping alone in Jeju, so go eat some meat. It is said that they will spend one night in Udo, sleep at Hamdeok Beach, and go to Seoul by plane tomorrow.

At Hamdeok Beach, Jeju, on the right side of Seoubong Peak, looking at the sea, there is a beach campsite and Hamdeok Camping Star Caravan. In summer, there are many cars on the side of the road, so once you enter, you can't come back.

It's mid-March now, so there are very few people who do auto camping. I thought it was at the campsite, but I went there and it wasn't there.

When we met, there is a grass park on the right side of the sandy beach of Hamdeok Beach, and we were camping there.

It was backpacking, not auto camping. I came by plane from Seoul, so I had no choice but to think of that. A senior in his mid-50s visited alone. When I asked what kind of tour it was, he said that he wanted to do it when his son from the military goes on vacation, so he said it was Jeju Island camping. In fact, I was camping alone as a finger to explore. If you just go, your brother-in-law won't let you go. haha

The photo below is the road to Seoubong Peak on the right side of Hamdeok Beach. I usually go auto-camping over here. 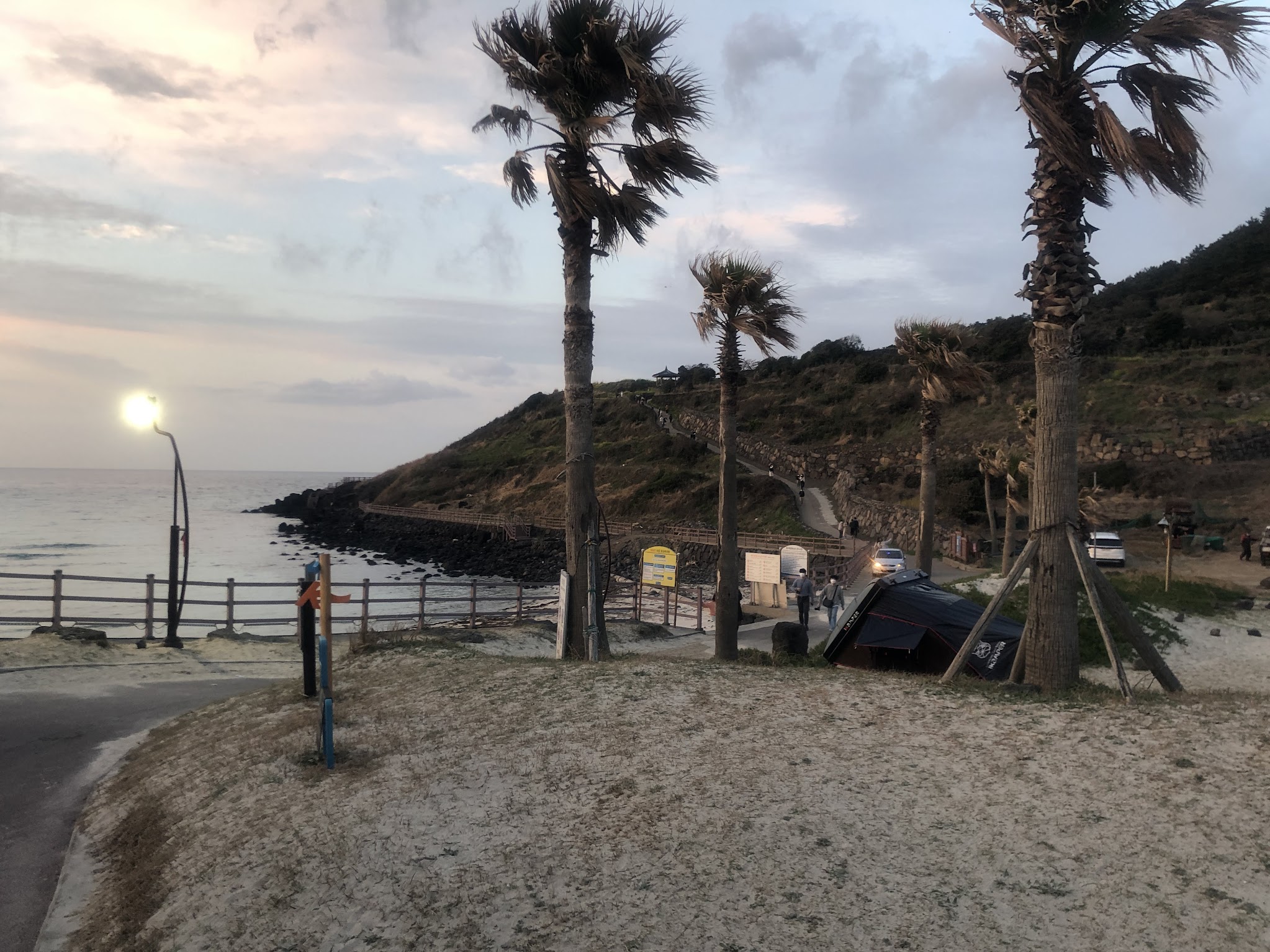 It's just a grass park, so camping might not be possible, but there are tents in the distance. Tents are not allowed on the Han River, and there is a time limit for the curtains of the day, and the door must be opened. This is a tourist attraction, but there was no such signboard.

I had to carry it myself without a car, so I had to pack a minimum of luggage. It was cold even in mid-March, so I wore a lot of underwear. Even so, he always carries a cast iron plate for grilling meat. 😆 I teased him for what he was doing, but on the inside, I thought he was a cool senior. I always live a good life, but even in my mid-3s, backpacking alone seemed cooler. I don't often post pictures of people on my blog, but I do post pictures of my seniors next to me so I can see them alone. 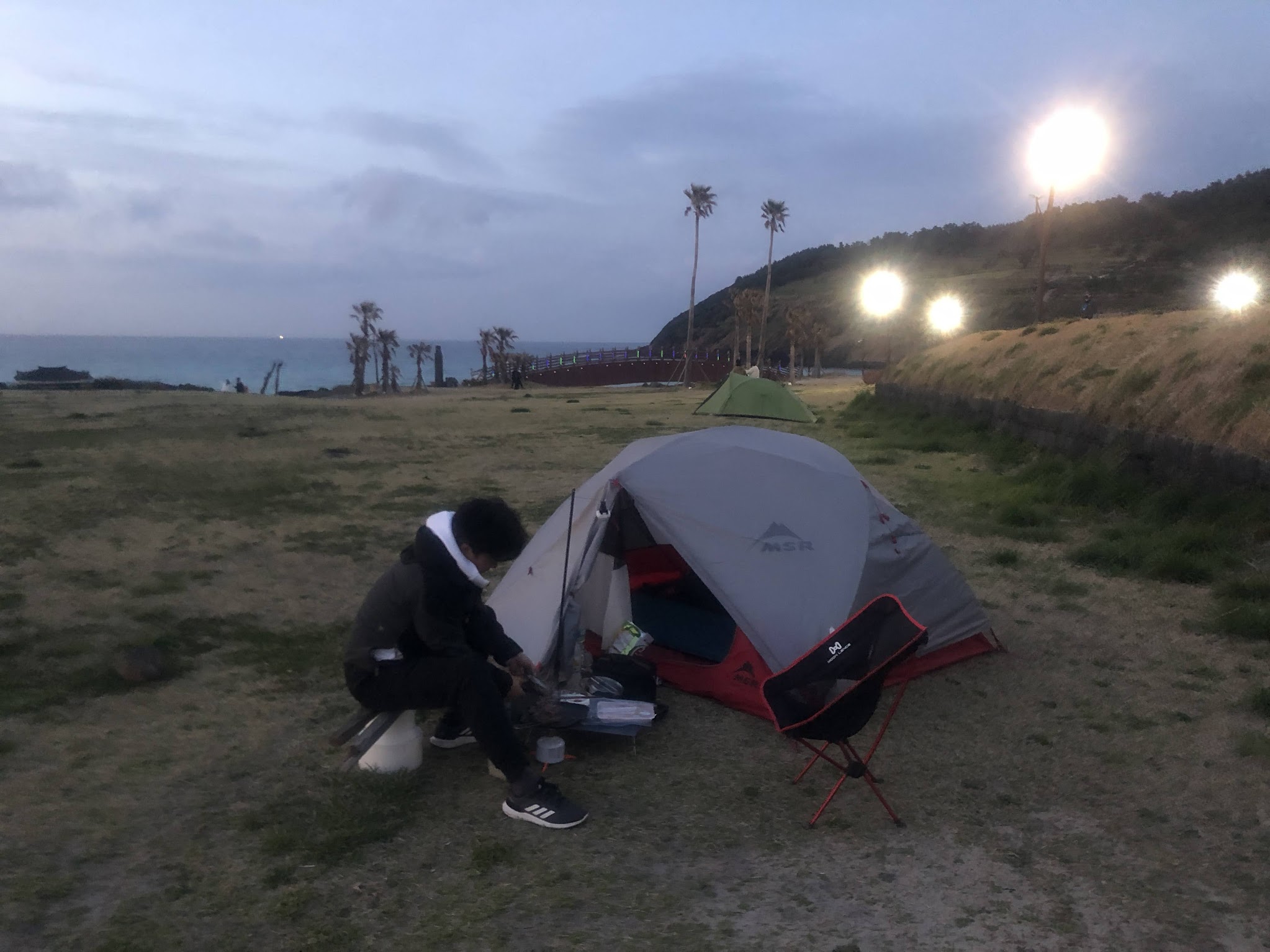 I think it would be good to go camping in March or April. From mid-March, many tourists come to see cherry blossoms and rapeseed, but there is not much camping, so the beach is quieter than in summer. However, it is not easy to bring a car, so it would be better to bring only backpacking luggage. It seems like a good schedule to go to the airport the next day after sleeping at Udo for a day and then at Hamdeok Beach, just like a senior.