In Windows, you can see the currently running programs in the task bar at the bottom of the screen, that is, the task bar.

When you open several programs in Windows, it is sometimes not easy to find the program in the running task bar.

Still, different programs can be distinguished by their icons, but the titles of programs opened in a new window in the same program are difficult to find because the titles are not clearly visible.

“When people shop online, a lot of new windows are opened by the users themselves or by internet shopping malls, and the users are comparing products by selecting the windows. In particular, in the case of a site where the title of the web page does not contain the product name first and the shopping mall name comes first, the user clicked on each window to find the necessary window in the task bar to find the window with the necessary product.”

The document title display in Windows is different for SDI and MDI. I'll talk about this later when I have time. Korean websites don't seem to care much about document titles. One small thing makes users tired, It may not be caught in search engines. I mean.

You can see the Internet Explorer icon as shown in the picture, but it is difficult to distinguish the report with only a few letters in the title. (Actually, I seldom run Internet Explorer, but I deliberately made it for the sake of an example) 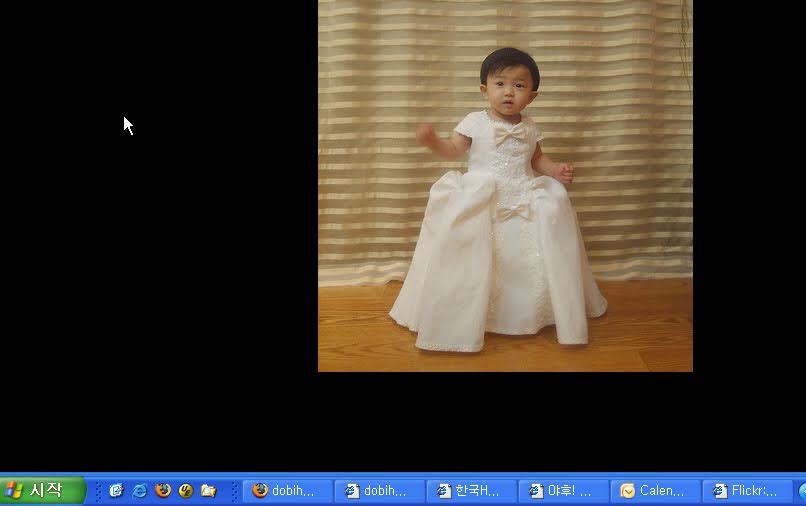 I started looking for resources and programs while thinking about how to solve this problem.

I was looking for resources on the taskbar, and Paul Thurrott wrote An Introduction to Live Taskbar Thumbnails in Windows Vista found

Introduced the concept of program minimization in Windows 3.1

In Windows 3.1, the concept of minimizing programs that are running but not currently being viewed is said to have been introduced.

And in Windows 95, a task bar was created on the screen to display the programs currently running by the user. Microsoft called the task bar the TV guide for Windows 95 by analogy to selecting a program by pressing the task bar as if changing channels on the TV.

Windows automatically reduces the size of the program as it continues to run. Because of this, you will only see the first part of the document title.

Windows XP released in 2001 made it possible to group the same program in the taskbar. It is said that the group was formed because more and more people are running many programs at the same time and using multiple instances such as Internet Explorer.

The default is 'Show same kind of taskbar buttons as groups'.

This allows you to select a program by identifying the program type by an icon, and then select the document by looking at the title of the document in the pop-up menu.

It's nice to see all the titles of the document, but I don't use them as a group because I can't select them from the task bar right away and I have to click once more.

The next version of Windows XP is Vista, and to help users find the program they're looking for faster, they've created a live taskbar thumbnail feature that previews the window when you hover your cursor over the window name in the taskbar. 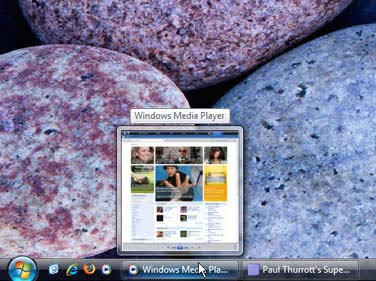 Lots of useful tools LOSER's Hideout I found out that in XP, just like in Vista, there is a free program that lets you see thumbnails of currently running programs in the task bar.

After installation, you can see the thumbnail of the program when you mouse over it on the task bar as shown in the picture below. 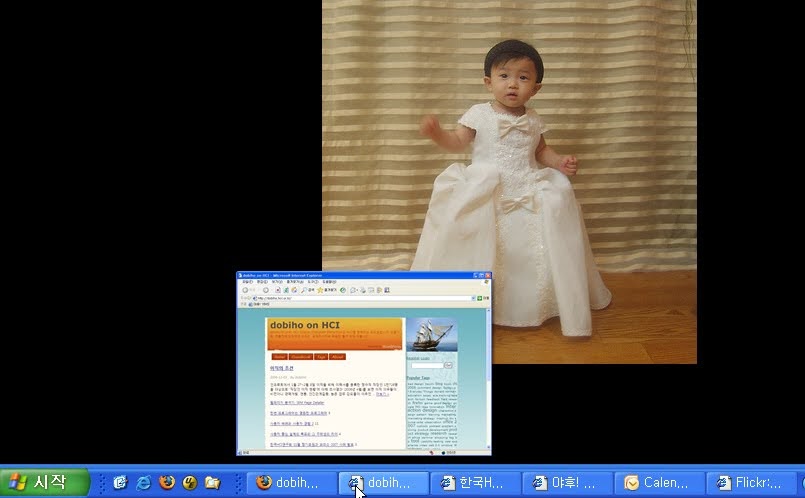 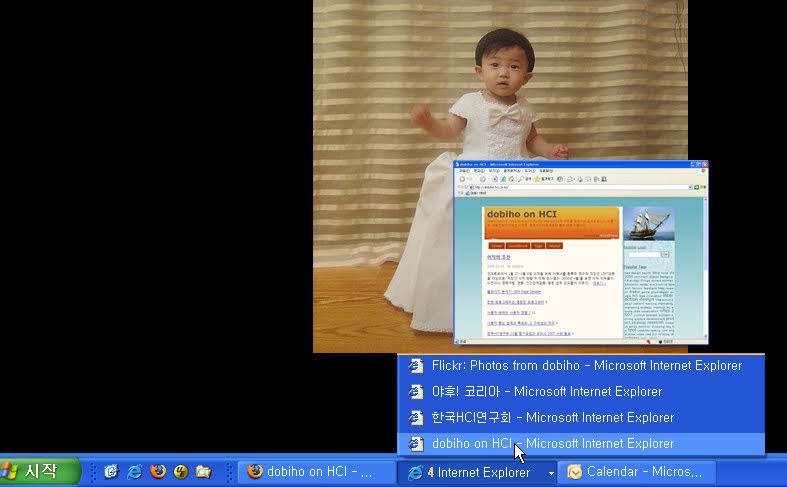 It seems that the state before minimizing the window window is shown as a thumbnail. I thought it might take a lot of memory, so I opened a lot of programs and just tried mouse-over, but I saw that it was caught up to about 5M, so I decided to continue using it.

I accept it like a Windows shell and use it to start automatically when Windows starts, and use it without the icon being visible.

I've been using it for about a month and it seems to be working well.

In the case of tab browsing like Firefox, grouping is not done in the Windows task bar, but Firefox itself is already grouping, and after opening Firefox, you have to find a tab again in it, so it is not very useful when searching for a web page. Seems to.

However, it seems to be useful when multiple documents are opened with SDI programs such as MS Word or PowerPoint. Instead, in this case, it seems that you should get in the habit of hovering your mouse over the taskbar and then clicking (?).

As it is visible in the event of mouse over, it is one of the new UIs of Microsoft Office 2007. mini bar There seems to be an issue where the thumbnails are displayed when you accidentally place the mouse on the task bar without trying to see the thumbnails, but in my experience, it does not seem to be a big problem.

I'm curious as to how the Microsoft Vista team put thumbnails in the taskbar while organizing this article, but I don't know if anyone knows about the process.

Thumbnails in the task bar What's next?

What better way to know which program the user is currently running, and to be able to find it quickly?

Could there ever be a situation where the user does not need to know which program is currently running?