2018 macbook pro touch bar  Apple new semester eventThrough the  Why I bought the 1 MacBook Air with an M2020 chipThe biggest one is battery life. This is because the silicon Mac M1 chip has good performance and consumes less battery. Instead, Mac programs should be optimized for the M1 chip. The CPU contains things to process instructions quickly, so the application needs to be built accordingly.

Classification of apps based on Apple's CPU optimization criteria

Now that there are Macs with different CPUs, Apple has decided to name them as follows:

Universal is an app that is optimized for both Apple silicon Mac and Intel Mac using M1 chip, and the Intel app works by translating it into Rosetta 2 on silicon Mac.

Some, like Google Drive File Stream, do not work at all on Apple silicon Macs using M1 chips. Even if it's a paid service. It was only after users of Google Workspace, a paid service of Google, filled the bulletin board. update in aprilA notice has been posted that Of course, Cloud Drive is a third-party app. cloud mountYou can use Google Drive File Stream to some extent through .

I didn't really feel it while using the app, but when I first run it, I can see the icon popping out of the dock. As I have been using the MacBook since 2007, this was natural, but the M1 MacBook is different. If you run an app optimized for the M1 chip, it runs once or twice. No, it seems to be deliberately made to run even once. Even if the execution speed is too fast, in order to make the user perceive it, it is deliberately slowed down to give an animation-like feedback.

Check if the app is optimized for M1 Mac

I installed the app I was using on the 2018 MacBook Air on the 2020 MacBook Air, but as the number of apps increases, I wondered which app was optimized for the silicon MacBook. The apps will change to universal, but I was wondering which of the apps I use often are still Intel apps. So I looked for it.

Sorted by most recent use.

If you look at the type next to the app name, you can see iOS, Universal, and Intel. 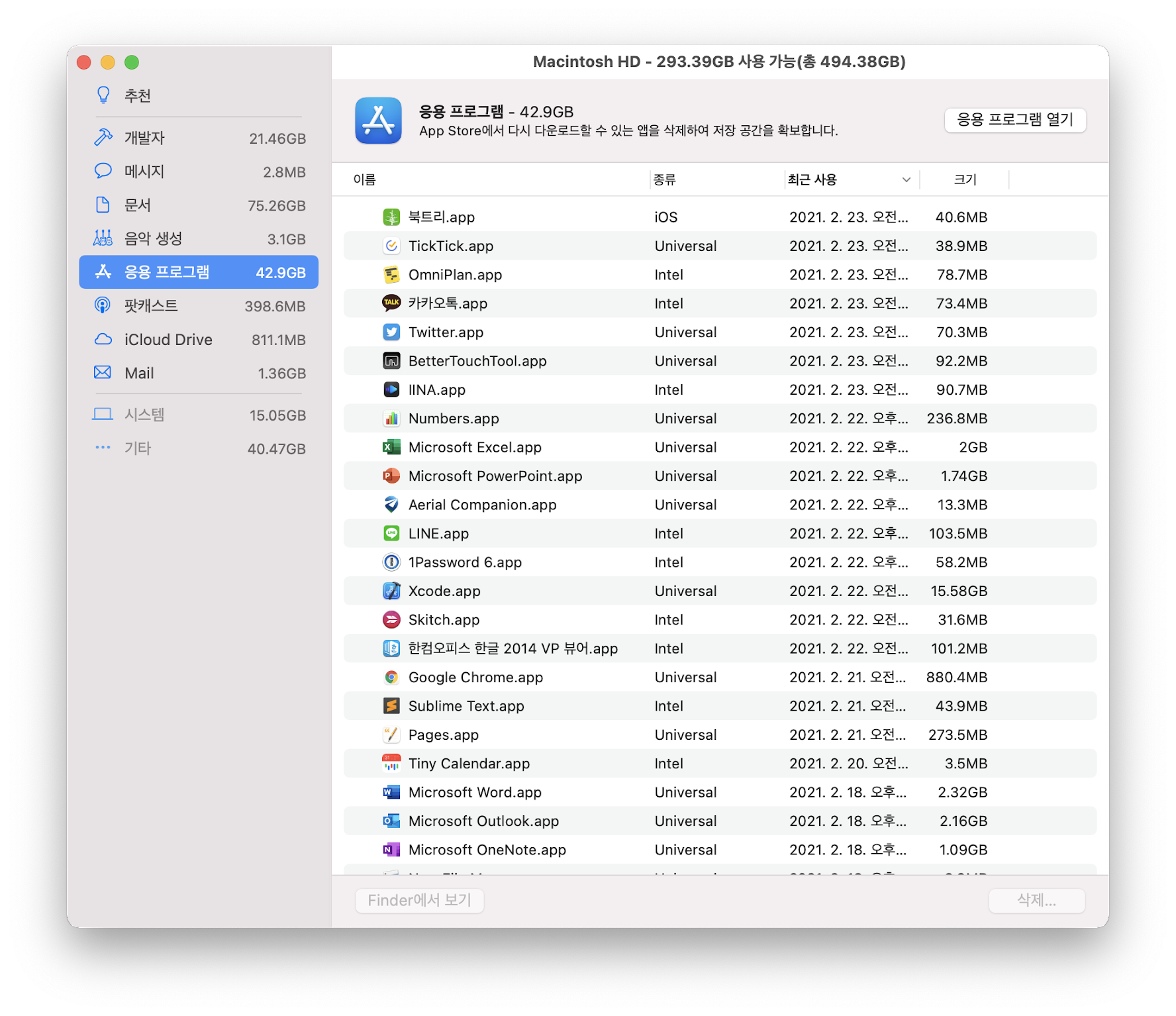 Use iOS apps like Mac apps on M1 Mac

On the M1 Mac, you can install iOS Store apps as well as Mac Store apps.

If you look at it from above, there is Booktree.app at the top. this app  Book tree to manage books and record reading notesis an iPad and iPhone app. It can be installed through the iOS App Store on the M1 Mac. 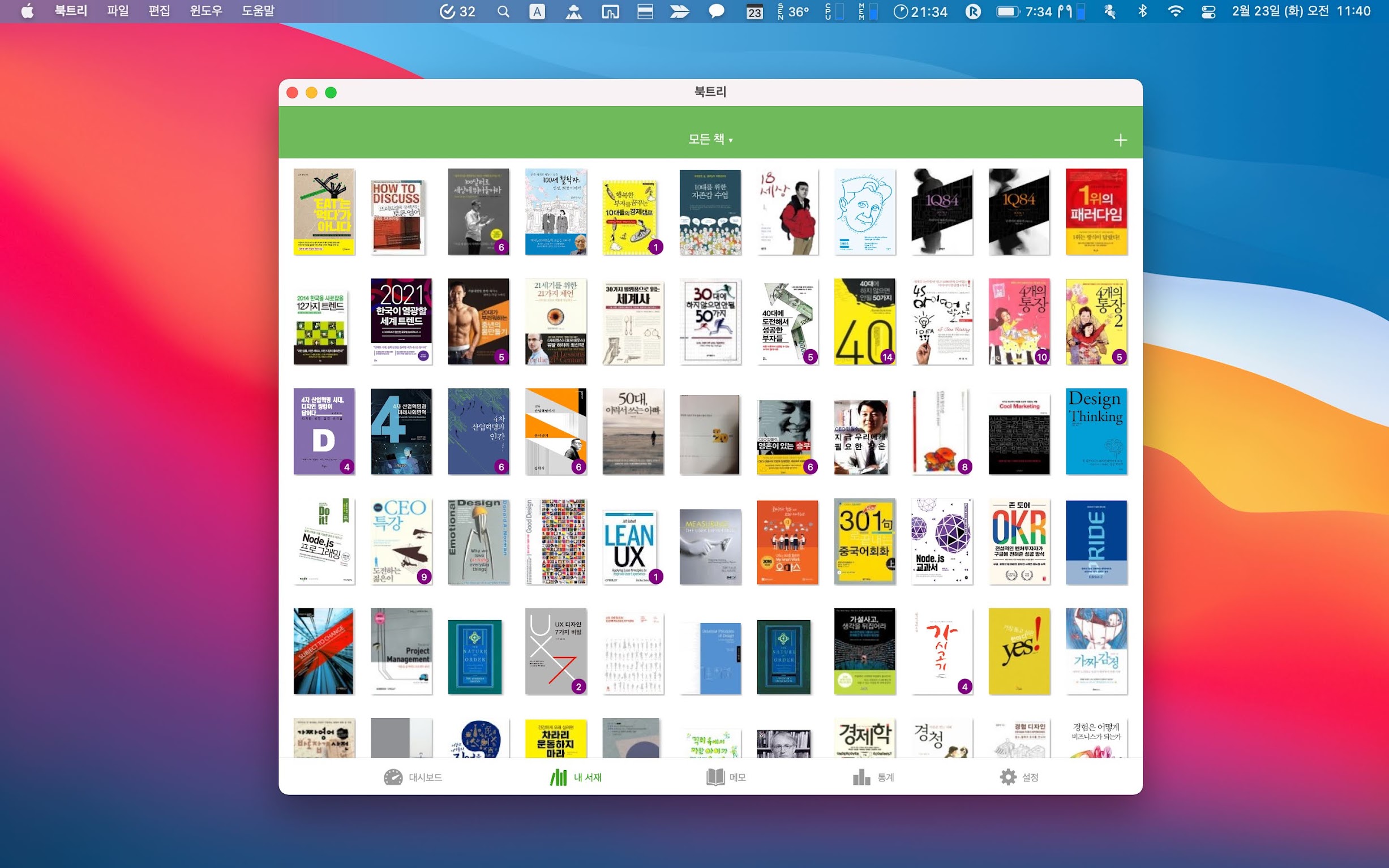 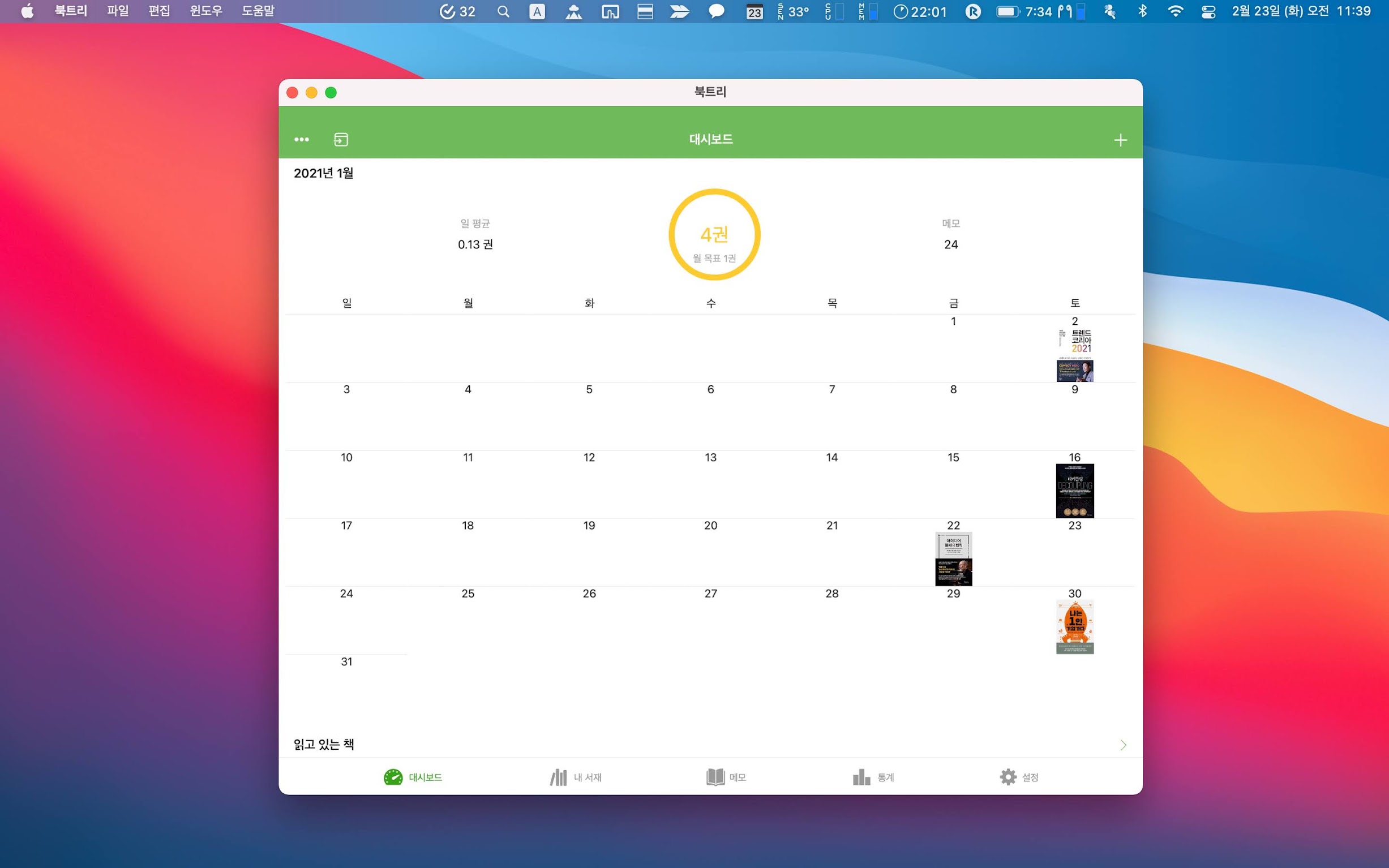 If you use Booktree on a Mac, the size of the window is also adjusted, and it's just like using any other Mac app. Perhaps it's because it's made universal so that it can work on iPad as well. This type of app can be used on iPhone, iPad, and M1 Mac by purchasing one app from the user's point of view.

in 2007 Bookpedia, the bookkeeper for MacI used the booktree because there is no iPhone for it. Booktree is not for Mac, but now it can be used on the M1 MacBook Air. After about 14 years, something like this has happened ^^

How to use iOS app on Mac Reasons to Buy M1 Apple Silicone MacBookAs you can see, the number of apps available on Mac is vastly increased.

Not all iOS apps run on the M1 Mac. Some apps check whether the iOS is normal so that it cannot be used on a jailbroken device. In my case, I installed the stock exchange iOS app on the M1 Mac and ran it, but it said it was a jailbroken app, so I deleted it because it could not be used normally.

Looking at this, it seems that only Apple can do it with hardware and OS.

From the developer's point of view, it seems like a bad thing because it can't be sold on each device. However, since Apple's usage environment is in the direction of making it usable between devices, this type of app will now become the basic specification. In terms of product strategy, this is the basic level of competitiveness seen in the Kano model.

The term seems to change depending on the time and situation. Before the M1 MacBook, Apple called a universal app that made it once and made it work on both iPad and iPhone. Now, after Apple makes Silicon Macs, it calls universal apps that are optimized for both Silicon Macs and Intel Macs. So, the type of Booktree.app above is iOS, not universal.

Omniplan is too expensive to buy even if the universal app is out, so I guess I'll just have to use the Intel app. MS Word and PowerPoint are universal, but I rarely use them, so it doesn't matter and sometimes I use Excel to open Excel files.

If it's something like rendering in a video app, it might be a little slower, but in my case, it's mostly coding or document writing, so it's relatively slow compared to other apps only when I first open the app, but it doesn't feel very slow to use.