I have been using a MacBook Pro since 2007.I was using the 1 MacBook Pro Touch Bar model until I bought the M2018 MacBook Air.

Why I bought the M1 MacBookHowever, when buying a Mac, the price is also the price, but once you buy it, you can't expand the memory or SSD, so you have to think a lot about the specifications before buying.  albino macbookIt was possible to replace the hard drive or memory without difficulty, but as the MacBook became a unibody, it became difficult or impossible.

in my case Apple's new school year event in 2021I bought an Apple silicon MacBook Air that first used an M1 chip. I have summarized the parts I was worried about before buying and my experiences while actually using it. 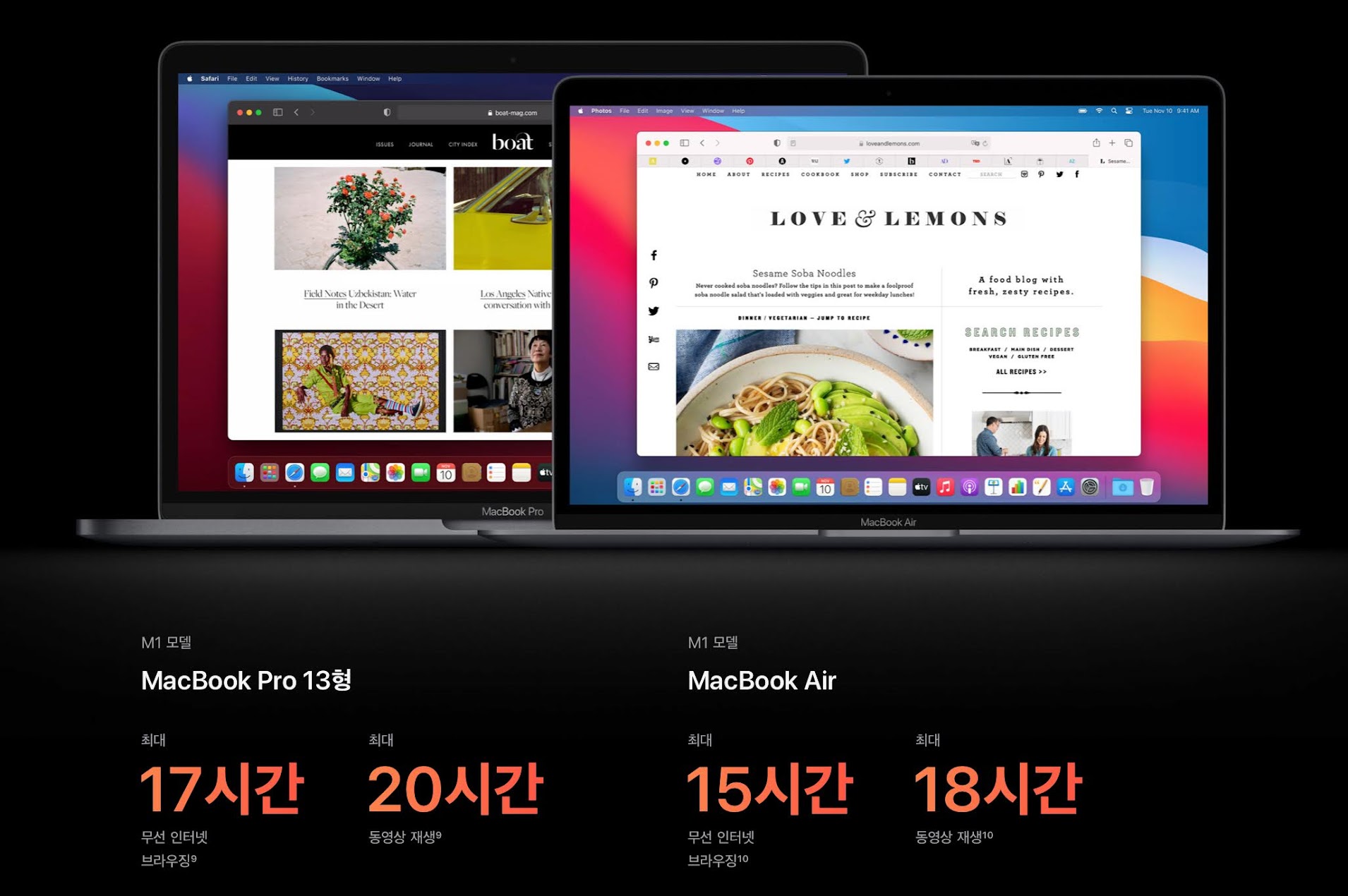 The reason I bought the 2018 MacBook Pro Touch Bar model was because I wanted to experience the Touch Bar with 4 USB ports and a faster CPU. Older children say that they need a touch bar using logic, but in my case, I put a function in the touch bar and use it, but there is no big problem without it.

In fact, the M1 MacBook Air does not have a touch bar, but it was a bit inconvenient because there was no touch bar. Rather, the ESC key is a physical button, so it was more convenient when using the vi editor sometimes.

The reason I bought the 2018 MacBook Pro Touch Bar model was that it had four USB ports, and both the MacBook Air and MacBook Pro using this M4 chip have two ports. What is this

The 2018 MacBook Pro models have two touch bars on the left and right, but there are only two on the left. I need a USB hub.

In the end, I chose the MacBook Air because of the price compared to the MacBook Pro's fan and Touch Bar. I was a little worried about not having a fan, but when I actually used it, there was no problem in running Xcode and not editing videos.

The bigger the memory, the better, but it should be decided based on usage and overall budget.

Recently, at work, developers used 16 inches with better performance for 15 gigabytes, but the amount per person was fixed, so I increased the capacity of the hard drive or SSD with the amount of memory to increase.

In my case, from 2007 to 2021, the MacBook's memory that I used for 14 years does not seem to exceed 8 GB. I mainly use Excel, PowerPoint, and Xcode, and this was enough. It didn't run very fast when I built it with Xcode with 16GB of memory. Just close the storyboard well in the edit window.

If you want to run a composition program such as Logic or Final Cut Pro, 16 units would be good, but again, it is a budget issue. The eldest child uses Logic with a 2013 MacBook Pro, and it is not said that it is very inconvenient.

Last year I bought a 2018 MacBook Pro touchpad model for iOS app development, and it's 8GB. It cost about 25 won to increase the memory, and with that money, I increased the SSD from 256GB to 512GB. This time, I also bought Apple Care, so the overall cost increased, so I couldn't increase the memory further.

It's not video editing or music work, I don't run a web server or Java on my MacBook. There are several storyboards, and it makes a lot of noise, but you have to be patient.^^

If you look at the memory swap, it is the same big sur, but the M2018 MacBook Air seems to use more swap capacity than the 1 MacBook Pro. I think I've seen from 1 gigabyte to as much as 8 gigabytes in Intel Macs, but it seems that silicon MacBooks are always using 4 gigs to 10 gigs. If you can afford it, it might be a good idea to consider 16 GB of memory. It may be that more physical memory is used and more swap is performed when waking up early from sleep. There are a lot of me, but it's all about money...

Syncing to Google Drive is also minimized, and by using Google File Stream, it doesn't take up much space on the SSD.

Nevertheless, I install applications, work on documents, build with Xcode, and upload the code to git, but the capacity continues to increase because it is also in local.

When I look at the SSD with iStatMenu, it has never been more than 400GB full. I think I usually use about 300 GB. Of course, it's because I haven't deleted the unorganized photos and downloads folder. Putting it all together, it seems to use about 250 GB. So, in my case, 256GB is tight.

Compared to 256 gigabytes, 512 gigabytes seems appropriate for me if I have room for laziness in organizing files, and occasionally do hard drive cleanup.

If it's a job, the company will do everything for you, but if it's a personal MacBook, it's good for peace of mind to buy AppleCare Plus.

I've been using my MacBook for 14 years and have had it repaired twice, but if it's not covered by the free compensation period or subject, the repair cost is prohibitive. These days, MacBooks have only the upper and lower panels, so to replace the battery, the entire lower panel has to be replaced and costs about 2 won. If the free period is over, that's a huge cost. I think it was 60 years ago, but the free period is 3 year. If you buy AppleCare+, it is extended to 1 years. 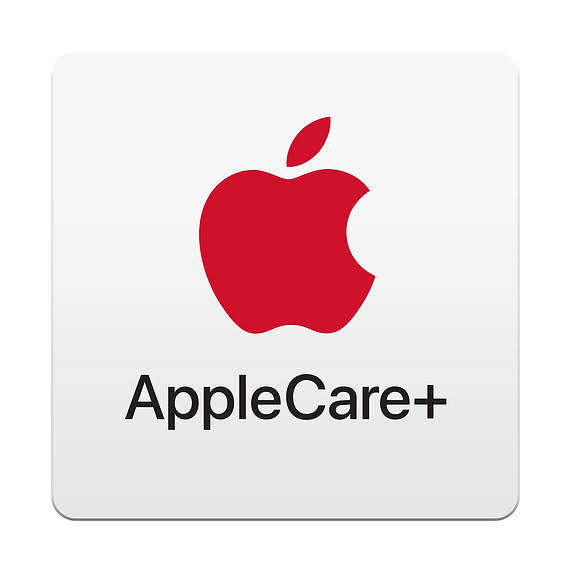 The final decision is the MacBook Air, 8GB of memory, and 512GB of SSD. The SSD is changed to 512 and the GPU is changed from 7 cores to 8 cores.

Consider your budget and usage

As with all laptops these days, Macbooks cannot expand memory or SSD after purchase. So, you have to choose wisely when you first buy. When choosing, you should choose according to your budget, depending on what your purpose is, what program you use, what kind of work you do, and how you manage your files.

If you live in the world, but have a big budget, you don't need to worry about this, but you always have to make the best choice within your limits.

in my case Apple new semester eventI bought the M1 MacBook Air at a discount of 38 won.

Apple's new school year event takes a long time due to the high volume of orders. In addition, if you cannot purchase through college students or faculty, Coupang Apple ResellerIt would be nice to live in I think it took about 3 weeks, but there was a time when I canceled the order in the middle and thought of buying it from Coupang.

It's same-day delivery. Coupang discount cardIf you have a discount, you can save up to 25% or get a discount, so it's similar to Apple's new semester discount. I kept looking at the Coupang site, and now there is a CTO model, but there were times when the basic specification, the so-called tin can, was out of stock.