Why is UI important?
Why do companies keep making the wrong products for users?
How can we design better products?

I get this question from time to time too.
I am not capable of answering this question, instead, Alan Cooper (Alan cooper ) of the book is recommended.

The Inmates Are Running the Asylum: Why High Tech Products Drive Us Crazy and How To Restore The Sanity (by Alan Cooper).

There is an English translation. The title is “Design out of a mental hospital" is. 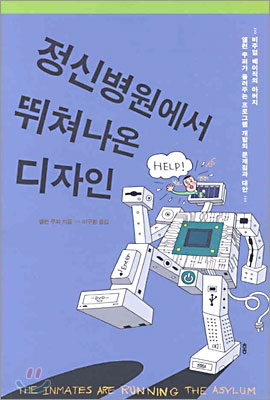 In my opinion, the title of the Korean translation of “Design that jumped out of a mental hospital” doesn’t seem to express the original title properly.

Anren Cooper seems to believe that these high-tech products that drive people crazy are made not by interaction designers, but by tech-focused engineers. It can be interpreted that this is because people who are not necessarily engineers and have no education or experience in interaction design make products.

In other words, this book seems to have described the current situation as “a mentally ill man is running a psychiatric hospital” to emphasize the importance of interaction design. 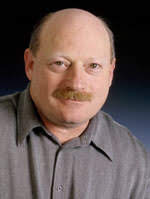 Alan Cooper is famous for being the first person to create Visual Basic in the computer field, and is famous for interaction design and persona in the HCI field.

A dual expert in software engineer and interaction design. The level difference is the difference between heaven and earth, but it is similar to the path I am on.

In the field of HCI, this book is mainly cited in two ways.

One is the term 'interaction design'.

The second is persona..

The book also has an interesting breakdown of how tech-focused engineers think about products.

And, you can see the conceptual contents for making user-centered products.

I recommend this book if you want to understand why interaction design is important and how to create user-centric products.