All the buttons on the front door lock were broken, so there were no more buttons to press. I was going to call the company to change it, but an acquaintance told me that there is something I can do by myself without drilling.

I need tools and skills, so there must have been a technician, but when I looked it up, there were many blog posts saying that I did it myself, and there were many videos on YouTube. You can save money by just buying a door lock. I said I don't know, and I watched the video and tried to follow along.

It was a bit of a trial and error, but once I did it, I figured it out.

I started it because it was similar to assembling a plastic model, but not only the door lock, but also the existing door lock had to be removed, so it was not the same situation for all. If you don't want to worry about this, it's better to just call someone.

However, since this product is a non-perforated product, it can be done wherever there is an existing door key. This is cheap and not too difficult. You can see the video below, but I've only summarized the order in large order along with the pictures I took in the middle.

Evernet EN950 is a non-perforated feature and is not a button, but a touchpad like these days. 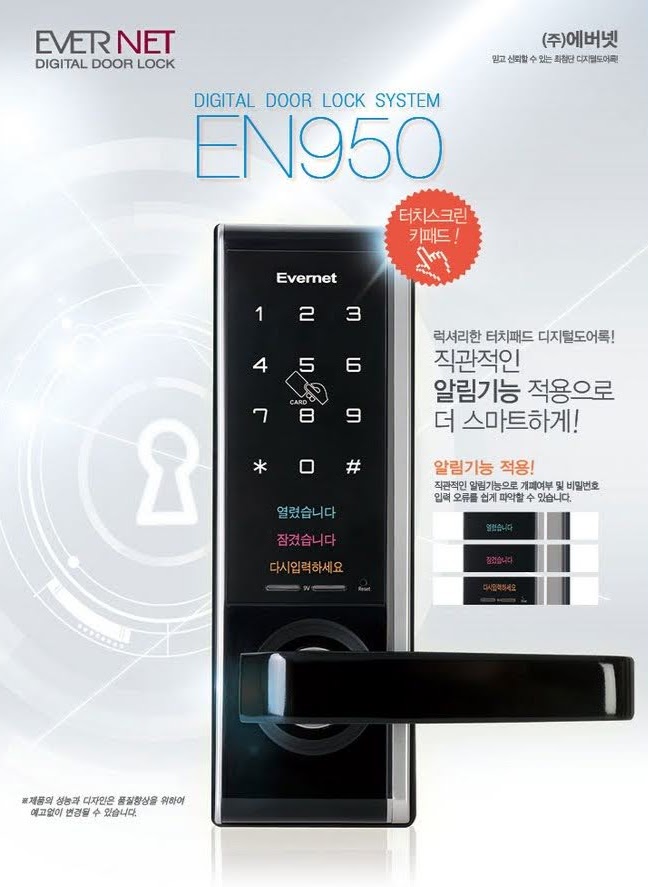 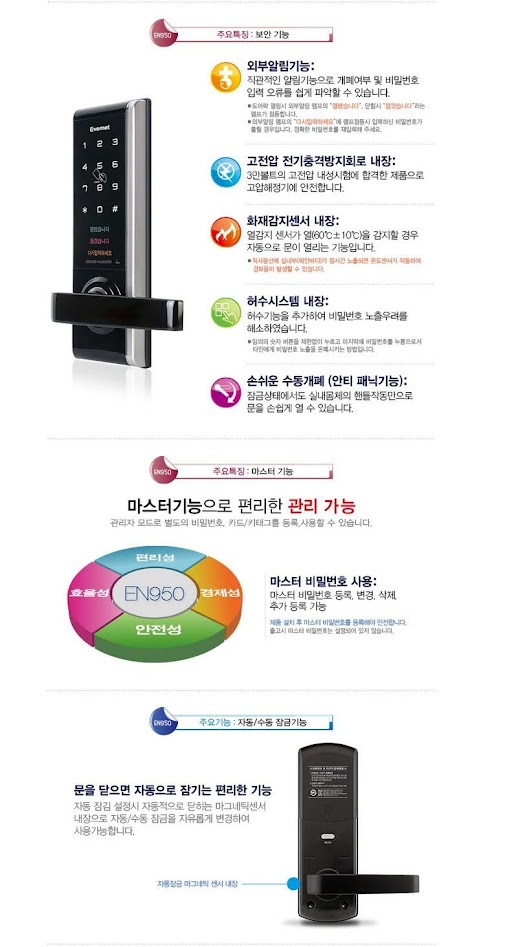 It is the size of 4 batteries. 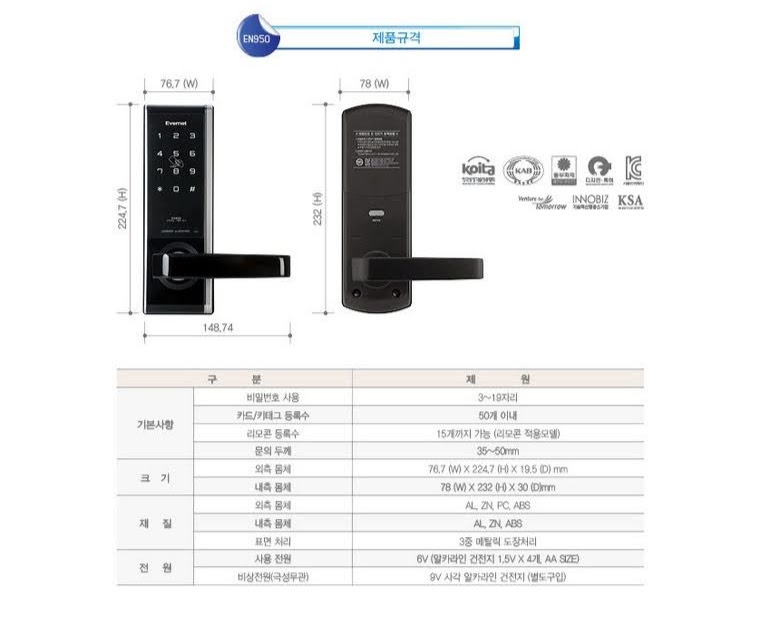 reinforcing plateis an iron plate that closes the hole in the door. This door lock only needs a hole in the key handle, so if there is another hole in the existing door, it should be blocked with this reinforcing plate for security or aesthetic reasons. must be purchased separately. I think it's around 1 won including shipping.

Since the sizes are different, it is better to measure the size of the reinforcing plate before purchasing. I also measured the length and bought the one that fits. 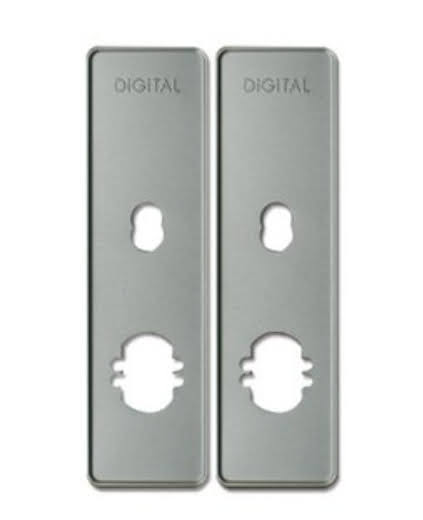 I thought the shape of the hole was meaningful, but it didn't fit like a pro model. 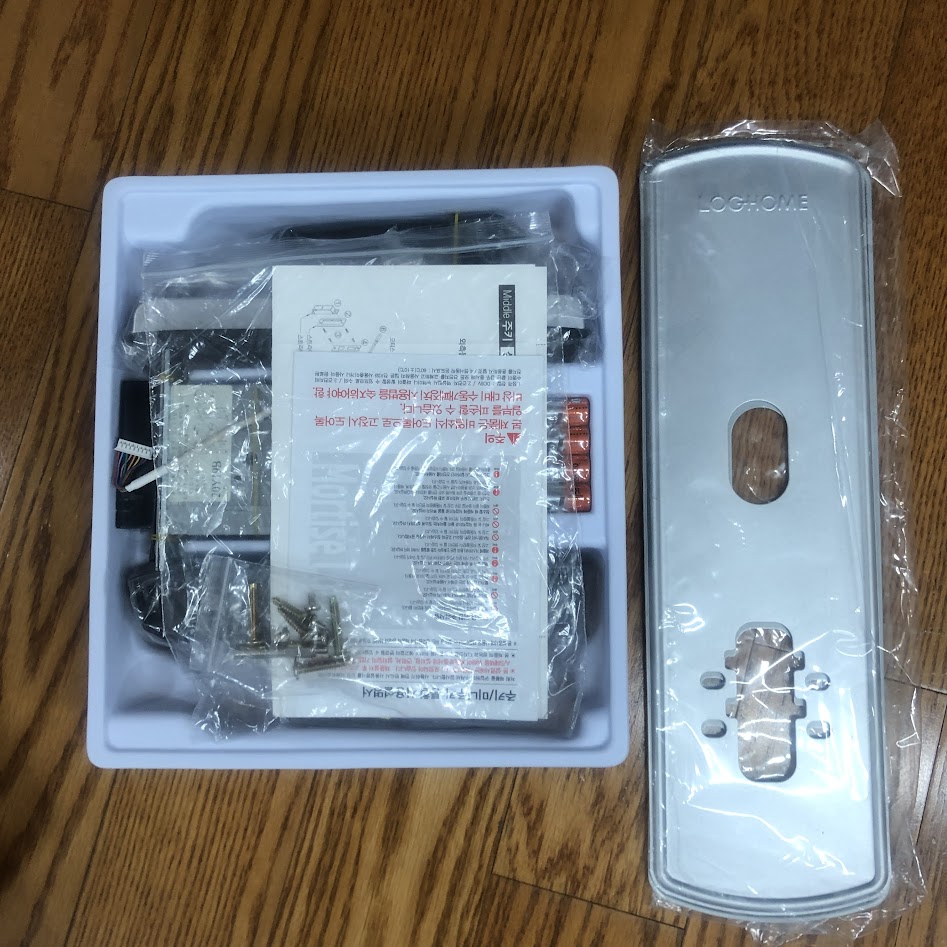 Non-perforated means that the door is not drilled to install the door lock, but it means that you can install it by yourself because there is no need for equipment to punch holes in the door.

I was wondering how to fix it without drilling a hole, but I found out while installing it.

You can attach this door lock to the door, not just the front door, because it is fixed with two pieces, the outside and the inside, through the existing keyhole.

I thought I would receive power with two, but it was unexpectedly great.

And the two pieces of the battery part are pierceable, so it can be fixed additionally. I couldn't run it with a driver, but there was no problem.

The door lock was installed with a single Phillips screwdriver. It's not an electric screwdriver, it's just a screwdriver that can be cross-changed with the date you bought at Daiso.

The problem came unexpectedly, and this was a situation unique to our house.

The existing door lock is Gateman, but I needed a hexagon wrench to remove the handle. And because the clasp of the front door was made of rivets, not cross screws, an electric drill was required.

The process of removing and replacing the existing door lock

It looks like it was taken under construction. He doesn't say anything and just works alone with a chic expression. It's a different product, but you can get a glimpse of the overall process.

All you have to do is open the battery cover from the inside of the front door, loosen the screw, and separate the rotating motor on the side of the door. I could do it all with a cross screwdriver.

There are two strands of wire, and this is the method of pulling and tearing. 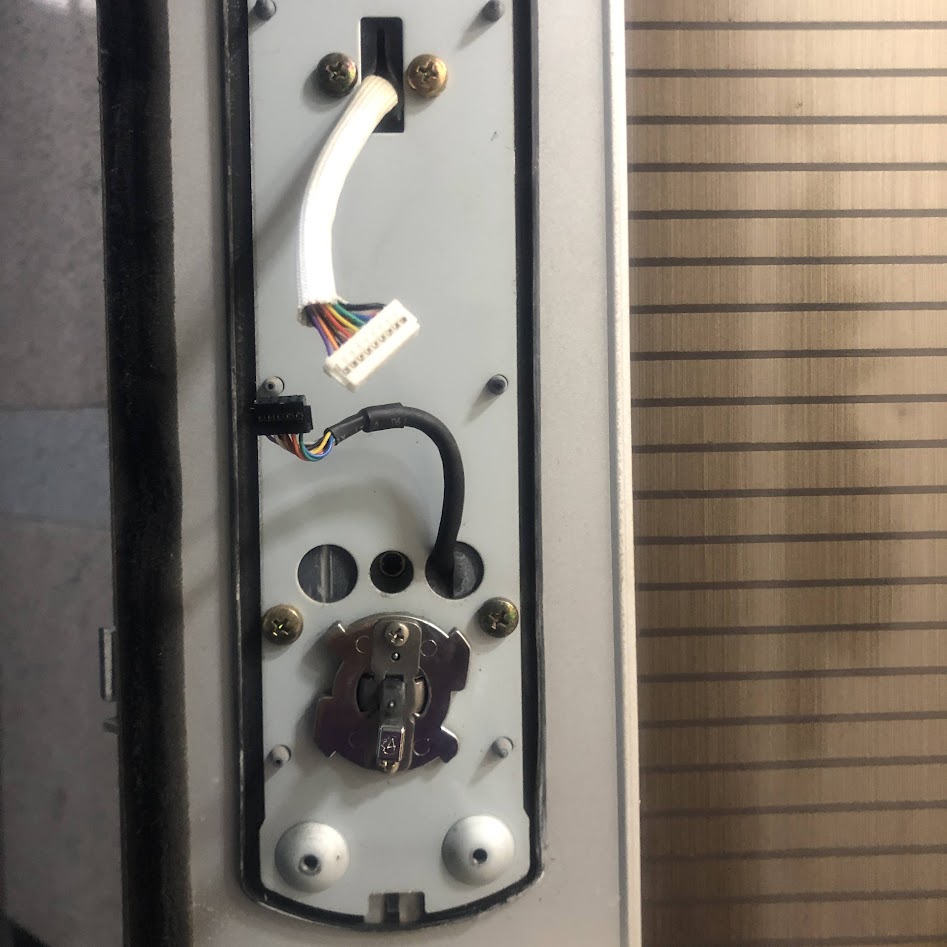 After disassembling the door lock like this, you will see a hole. So a reinforcement plate was needed. 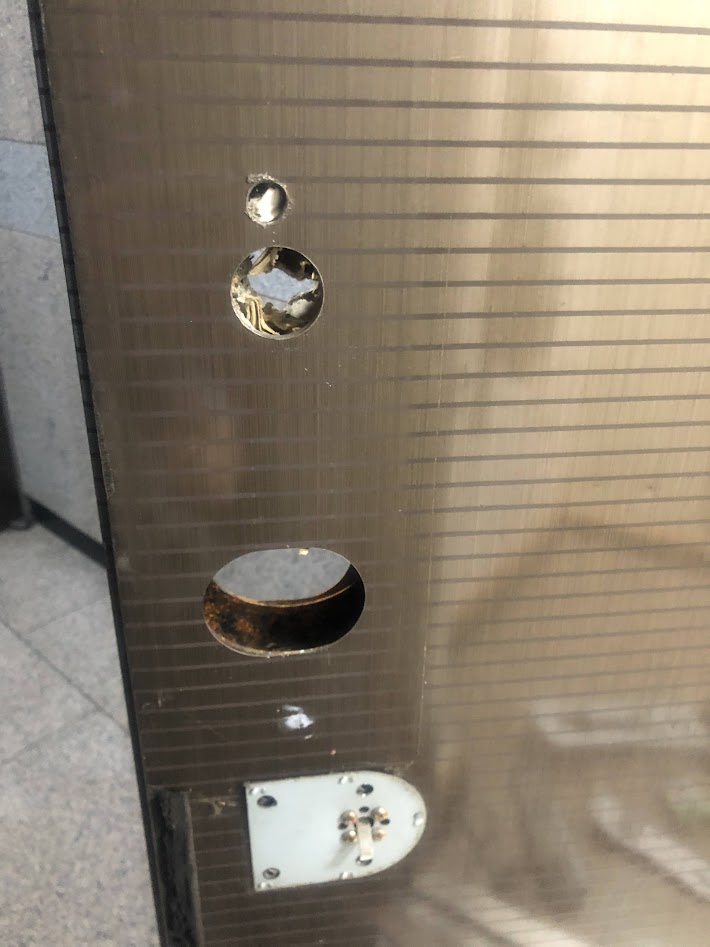 The problem was the gateman's handle. I found that the handle had to be loosened with a hex wrench. So I went to Daiso and bought a hex wrench for 1000 won and loosened it.

I don't know how many mm hex wrench it is, but the second one from the smallest was correct. 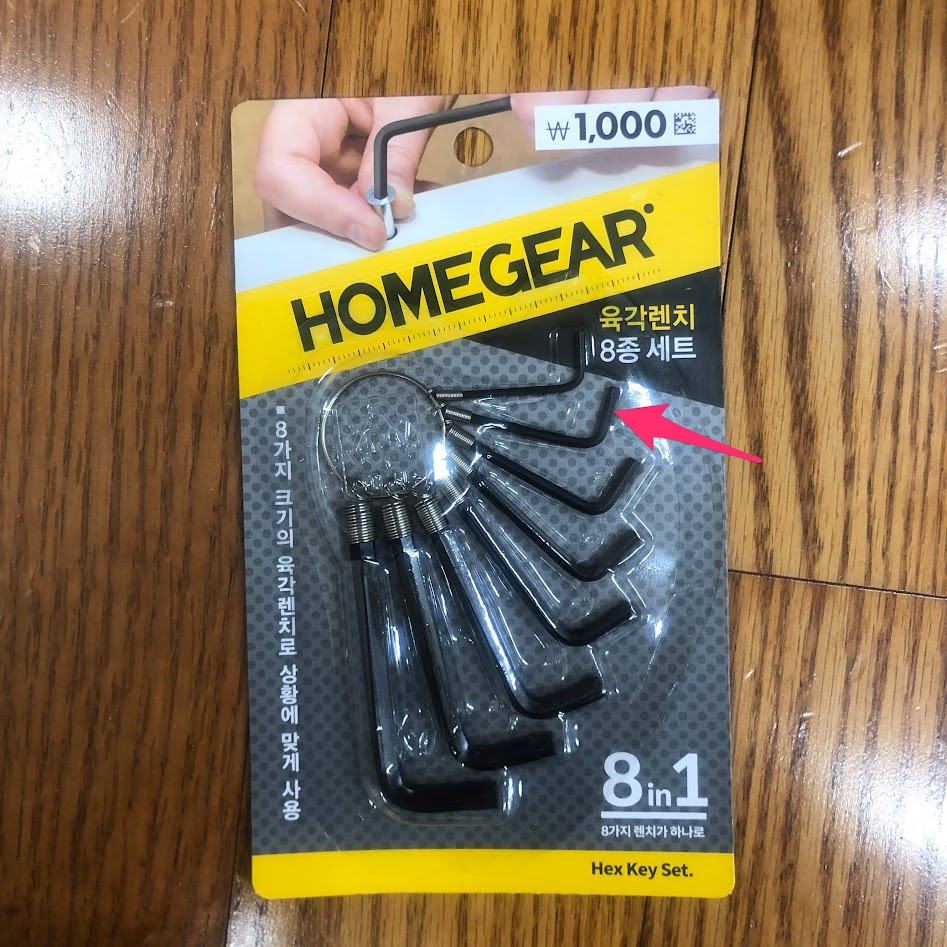 Insert a hex wrench and turn it little by little to loosen it. It's so small that I didn't feel like it was turning, but after turning it a few times, it came loose. 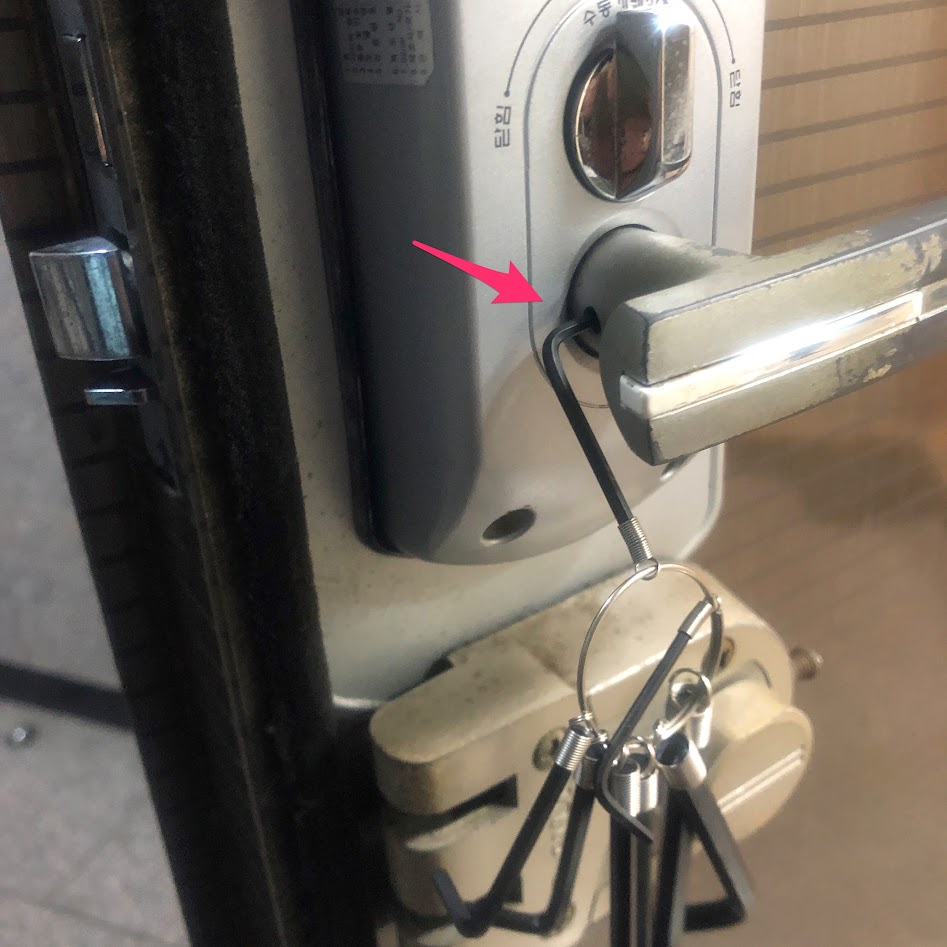 They were usually screwed in, but my house had rivets. I also knew for the first time that this was a rivet. I took a picture and asked how to remove it, and it was a rivet. I found that it had to be drilled with an electric drill. 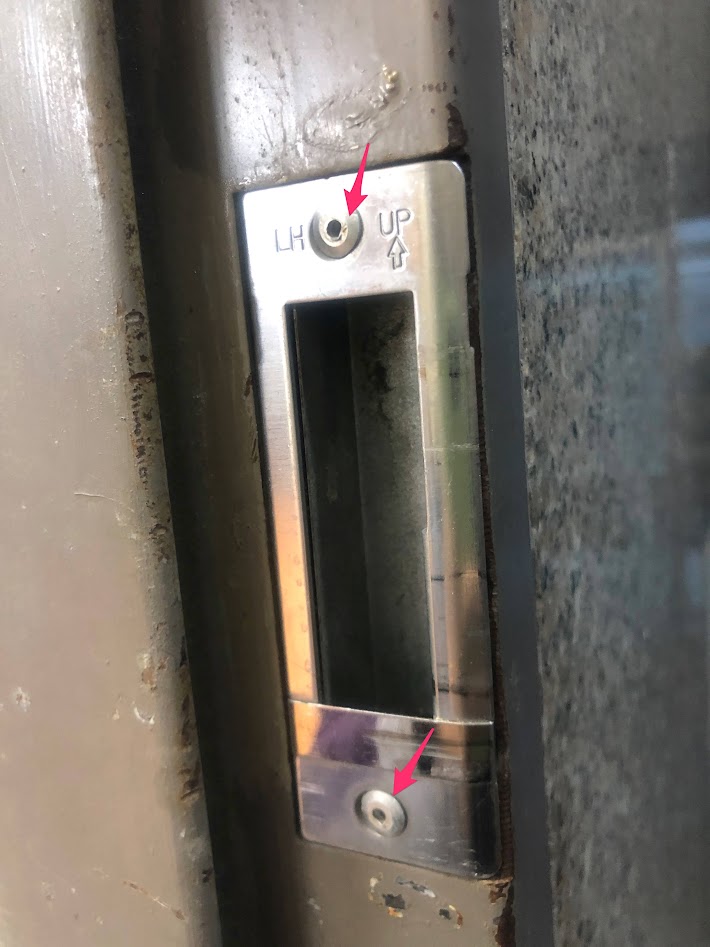 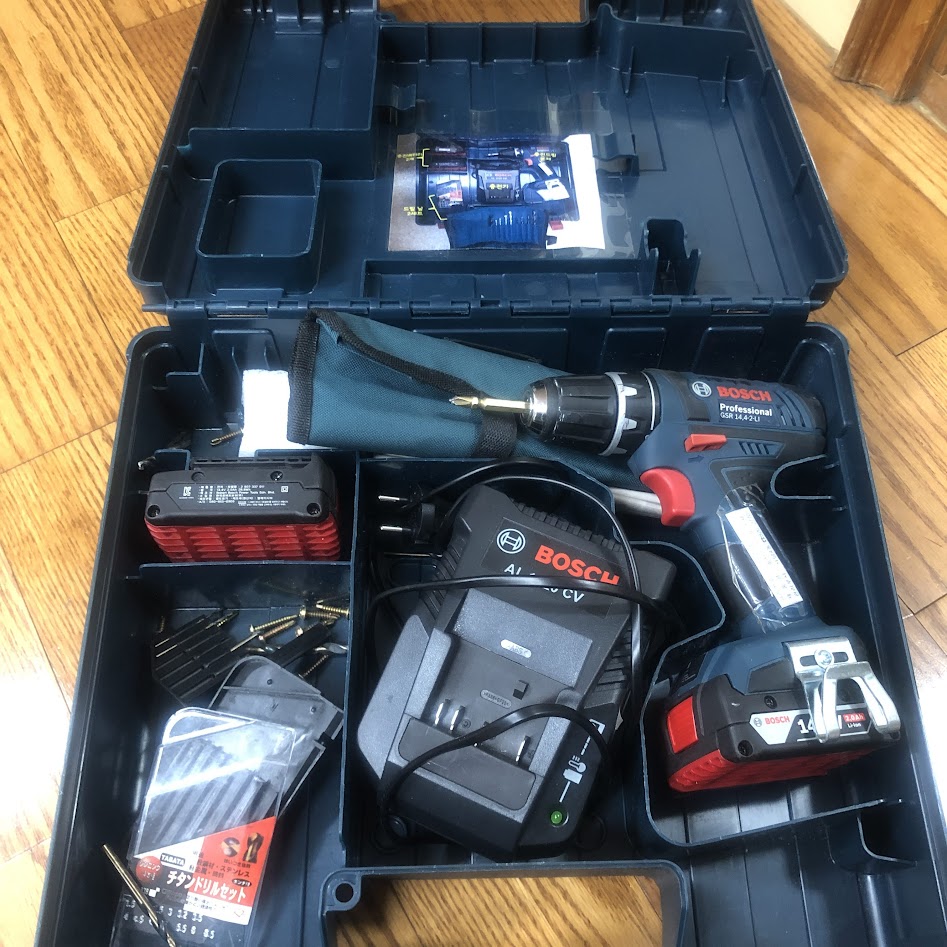 I inserted something like a screwdriver and pierced it while pushing the head, and it fell off.

Insert something that looks like a hard disk with a motor into the side of the door. At this time, I did not know how to insert the shaft, but it was simple to follow the video below.

Here, the size or shape of the hole in the reinforcing plate and the shape of the door lock had little to do with each other. I just had to fit it into the hole and fix it.

It is a method of pushing in two wires as well, so watch the video and push in accordingly. 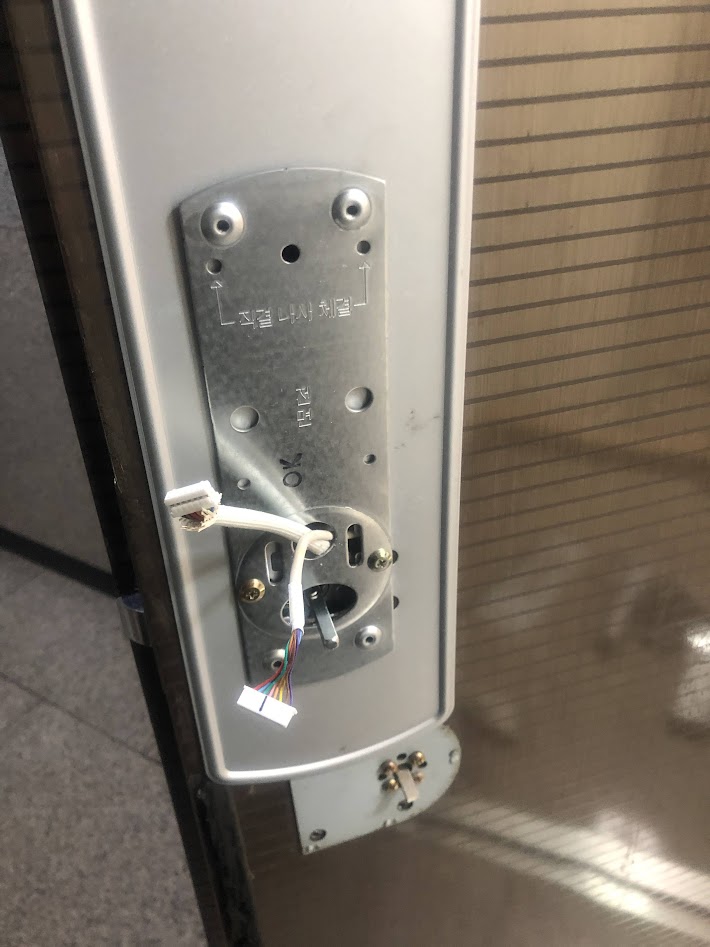 For more details, see the video below. 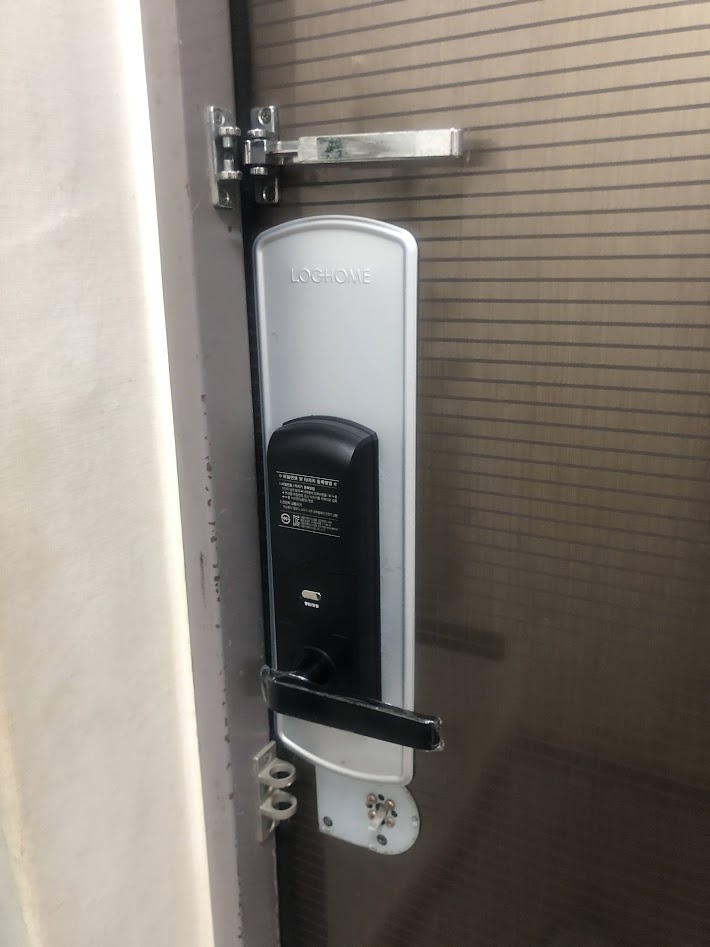 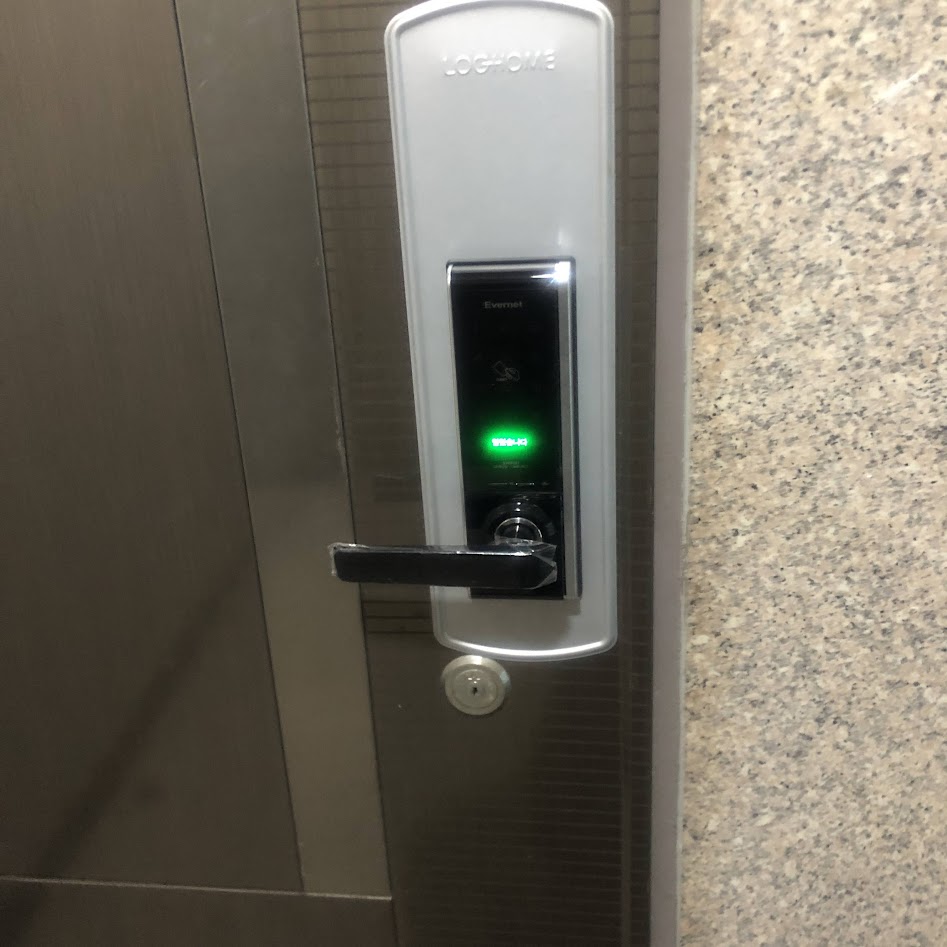 In our house, when removing the existing gateman, the handle and the riveted part were difficult, but it was easy to install the door lock after doing it.

As with this article, I couldn't find a detailed article like a manual in the blog post, but thanks to the YouTube video, I was able to replace the door lock by myself.