They are coveting the MacBook Air and MacBook Pro equipped with Apple's M1 chap.

The battery and keyboard bottom of the 2018 Touch Bar MacBook Pro were replaced a month ago, so the battery can be used for more than 4 hours. Still, I like the MacBook Air and MacBook Pro, which have a magic keyboard with more than 8 hours of battery, no fan noise, and an M1 chip that doesn't heat the palms due to low heat. I like the performance of the 16-inch, but I hate it because it's heavy. 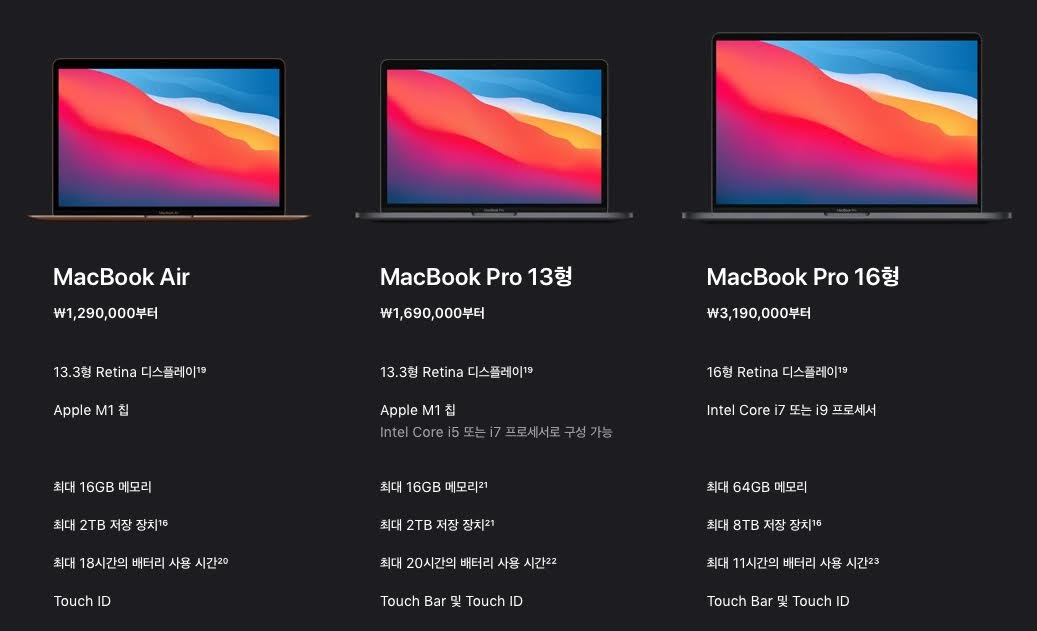 The price of the MacBook Air and MacBook Pro using the M1 chip is about 40 won, but there are reviews that the performance is not much different.

The MacBook Air doesn't have a fan, and the MacBook Pro has a fan. For video or music programs that use a lot of CPU, a MacBook Pro with a fan seems to be better, but if you look at benchmarking there doesn't seem to be much difference.

I wondered. Xcode How different are the builds?

I've been looking for it, but it's already been tested..

Fresh build or clean build builds the source code from the beginning, and incremental build builds only the modified code after one build.

After modifying the code after building once, there is no difference between the m1 MacBook Air and the MacBook Pro in the build, but in the clean build, the M1 MacBook Pro is 1 seconds faster than the M3 MacBook Air. 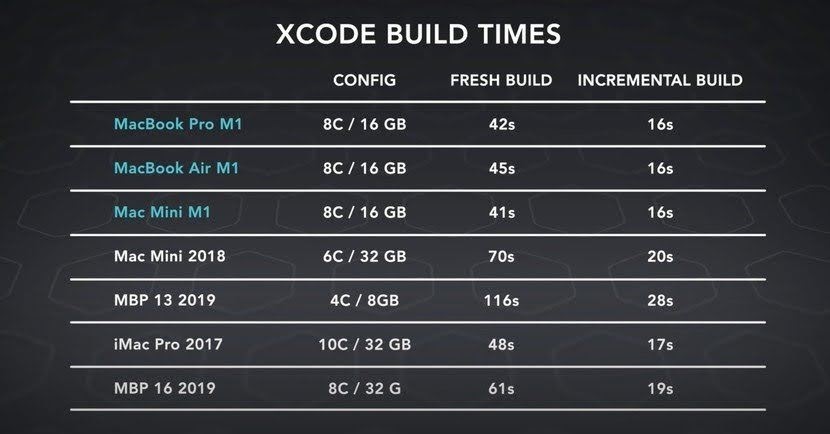 The M1 MacBook Air is slightly lighter than the M1 MacBook Pro, has no fan, and is about 40 won cheaper. Fans don't like the video and music tools on the M1-chip MacBook, but I wonder if the Xcode build is just chewing gum.