Since when is the noise is very uncomfortable. I don't like noisy places. I don't know how I went to nights, clubs, and concerts.

When I went on a business trip abroad once or twice a year, I endured about 10 hours. However, when I was traveling frequently to Japan, it was only two hours. I bought a boss QC35 in Japan.. These are noise canceling headphones. At first, Bose started making headphones to reduce the noise of airplane noise, so if you put on headphones on an airplane, you can immediately see the noise canceling effect. 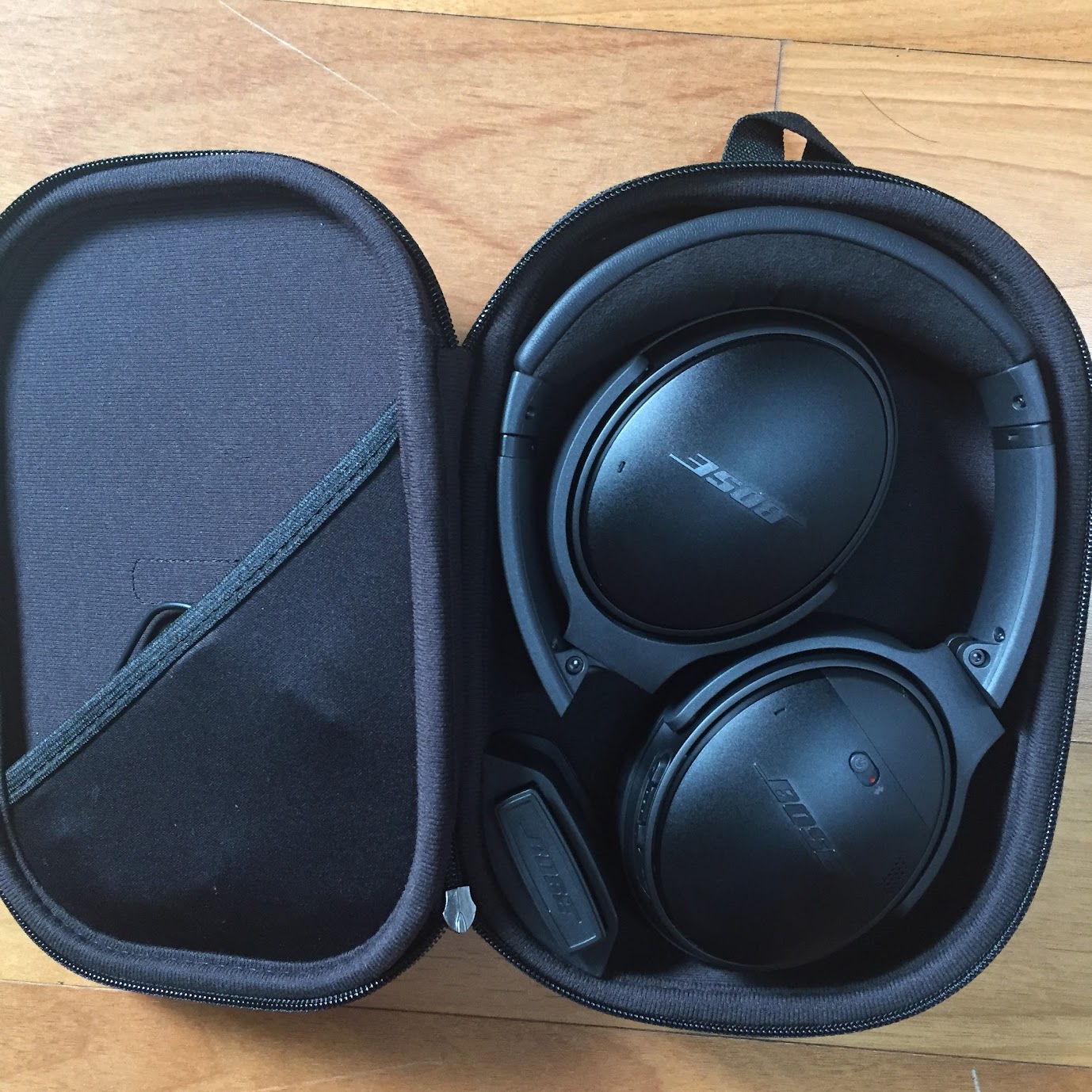 I usually use other Bose Bluetooth headphones, but after Apple AirPods came out, I gave other Bose headphones to my child and used AirPods.

For me, the Boss QC 35 has two uses. Instead of earplugs when it's too cold on a plane and in the middle of winter. These are headphones that cover your ears.

I recently lost my AirPods. I put it in my pocket while ironing it, but I think I lost it then.

The AirPods Pro came out earlier, but I only use noise canceling when I'm on a plane, and there's no reason to buy it because I have a QC 35.

Now, instead of going on business trips to Japan, I often go back and forth between Gimpo and Jeju Island, so I need noise canceling headphones, but I don't have AirPods, so it would be nice to have an AirPods Pro that can do noise canceling.

AirPods often fall out of one ear just like the bundled wired earphones on the iPhone. I've been using Apple's in-ear wired earphones for a long time, but these go inside my ears and of course they don't fall out. Of course, there are times when the air is not well ventilated, so there are many people who lose one AirPod, and if the inner ear size of both ears is different like me, in-ear earphones are suitable for me. I have succeeded in rationalizing my own to meet the short cut.😆 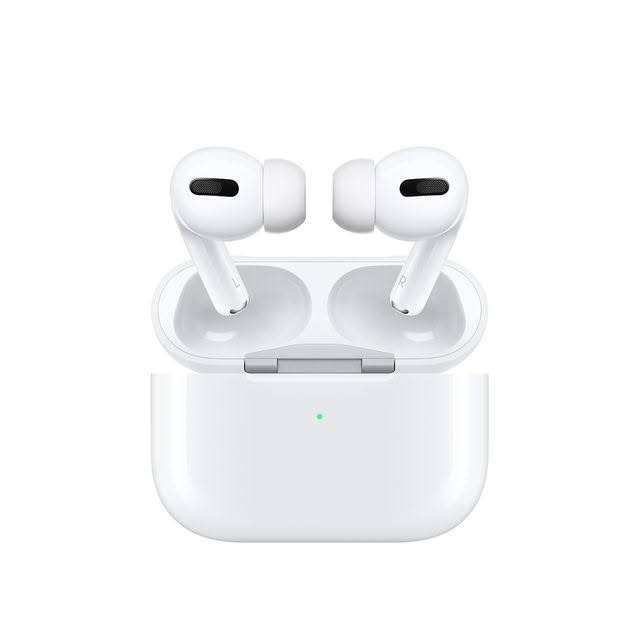 You can buy AirPods Pro at the price of AirPods at Gonghome.

AirPods Pro Apple official websitefrom 329,000 won. Now that I don't have a business trip to Japan, I can't buy it in Japan.

However, for some reason, recently, Apple resellers in Korea are selling AirPods at a much cheaper price than the official home. It seems to be sold by resellers in Coupang and in the open market as well.

If it's 33 won, if it's cheaper from an Apple reseller About 25 million wonam. I was skeptical because it was too cheap, but after reading the reviews, I bought it because it was an official product that could be refurbished by Apple in case of a breakdown. However, Gonghome can be caressed within a month after purchase, but resellers cannot return the product once the packaging is opened.

All rationalization is done. 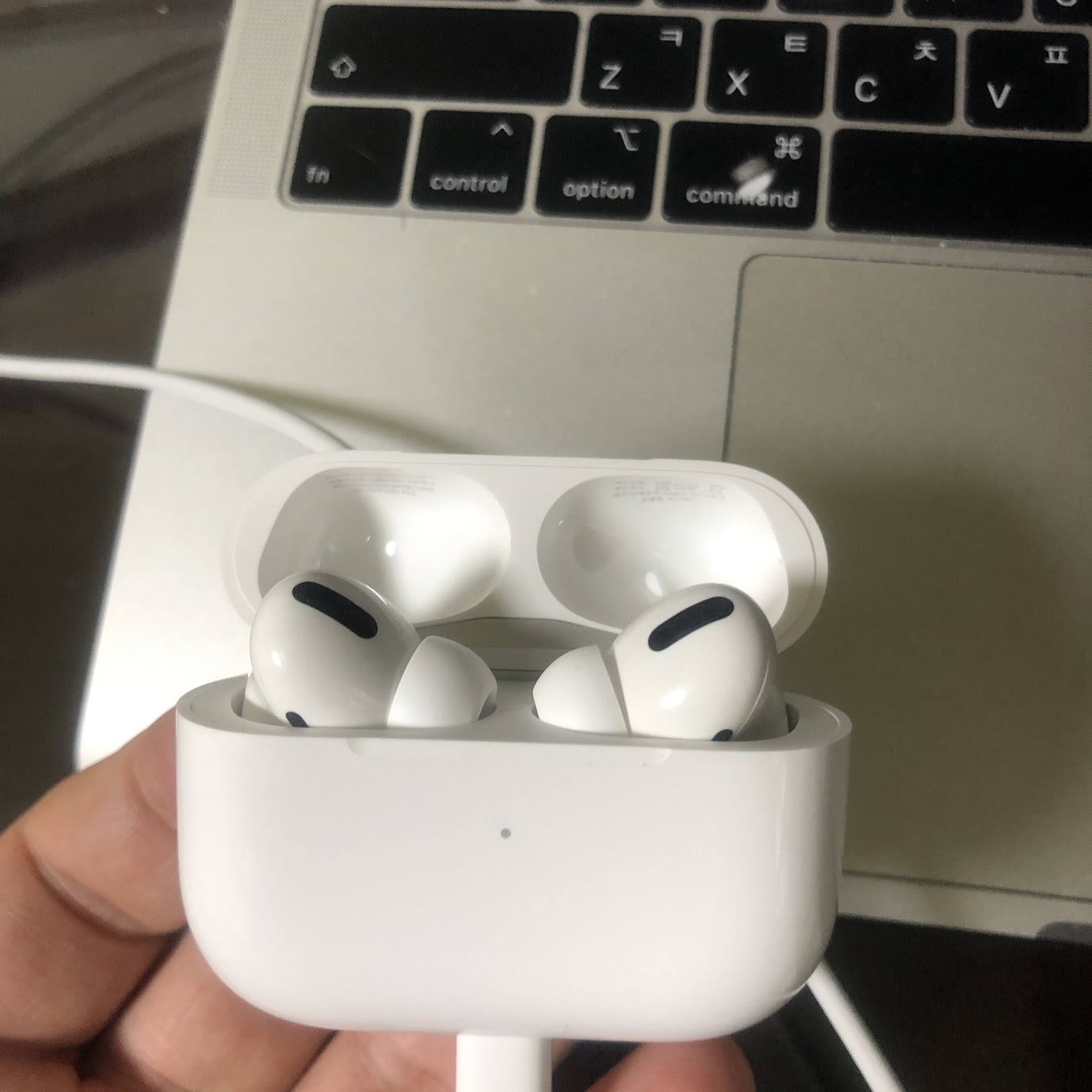 Out of curiosity, I measured the airplane noise with the Apple Watch.

The small planes running between Gimpo and Jeju ranged between 75 and 80 on Apple Watch noise measurements when hovering in the sky. 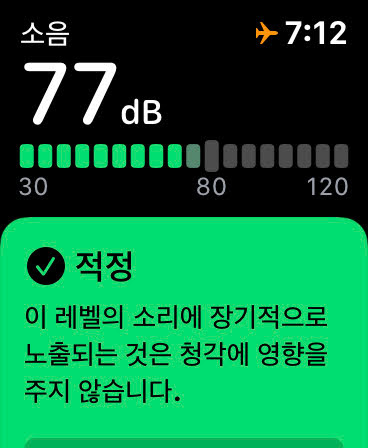 Contrary to my standards, according to the Apple Watch, it was at an appropriate level.

I need noise canceling headphones. This is not a rationalization for short people.

I used the Bose QC35, which is my must-have when taking a plane, and went from Jeju to Gimpo, and when I came to Jeju, I used Apple AirPods Pro.

I put Bose headphones in my bag and didn't compare them, but the feeling seems to be the same. In fact, the AirPods Pro seem to be quieter.

Before using AirPods Pro, I thought that it would be difficult to block the loud noises of airplanes even if the noise was canceled by noise canceling. But in practice, it worked fine.

Come to think of it, compared to the qc3 that covers the ears, the AirPods Pro in-ear earphones, which are like wearing earplugs, cover the ears, so I thought from the beginning that the sound would enter the enemy. Before I bought the AirPods Pro, I didn't know the AirPods Pro were in-ear.

I used the AirPods until I got on the plane, then before I sat down on the plane, I took them off and took the Bose headphones out of my bag, but now I don't have to. All you have to do is wear the AirPods Pro.

Now, I don't plan to carry Bose headphones, which are bulky compared to AirPods, when I'm on a plane.