in the Department of Computer Science at the University of Toronto. Dynamic Graphics Project (dgp) presented a paper at CHI 2006 on how to actually interact with files and pens using desktop metaphors.

The title of the thesis is Keepin' It Real: Pushing the Desktop Metaphor with Physics, Piles and the Pen .

A desktop metaphor is one of the representative examples where the concept of metaphor, or metaphor, is used in interfaces.

The video below is a prototype and you can see how it works.

You can see it in the video, but you can actually see how people stack up, move, and organize documents and books on their desks, organizing computer files on a Windows XP desktop, and using it in a prototype called BumpTop that I implemented. There is.

The desktop of MS Windows is copied from Mac, and Mac is copied from Xerox. Xerox first designed an interface that could be used as a desktop computer while working on a star project in 1979. A paper on this is in CHI.

Looking at the prototypes and papers, I think the interaction that allows you to do the actions you do at your desk with a pen is interesting, but I wonder if this is a useful interface for finding the documents you really need. 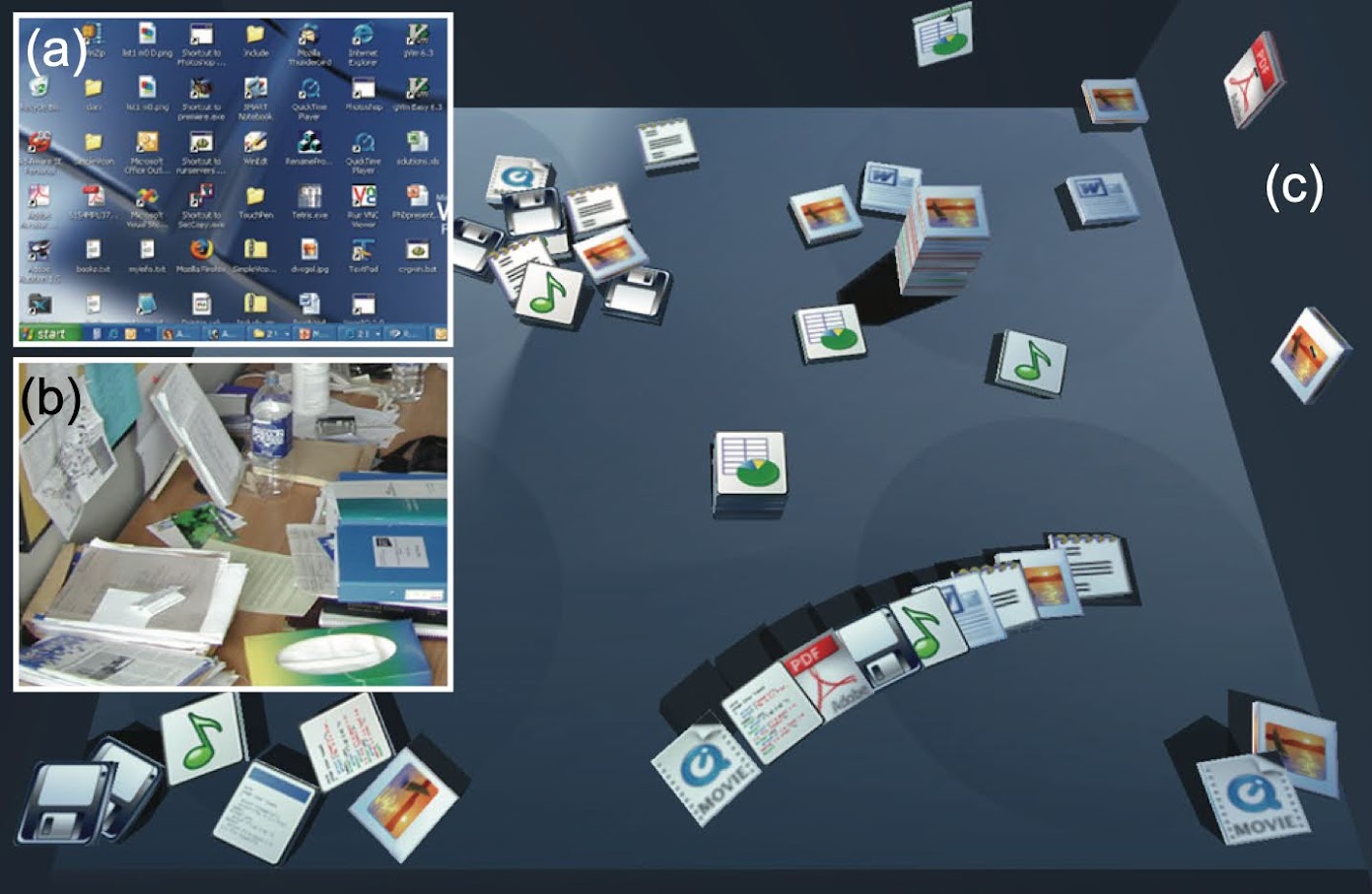 Looking at the video of the prototype, the interface and interaction of moving documents, gathering them, and making them representative are interesting, but it doesn't seem like it will be very convenient for me to find the documents I need. Only the icon of the file type of the document, such as Word, PDF, etc., is shown, and the title or content of the document is not known. You can see the image in the photo, but it seems to be the same when you actually put the photo on the desk.

It is good to move documents in the real world to a computer, but it seems difficult to find the actual purpose of organizing and finding things that are easy to find based on the contents of the papers I have read.

CHI 2006, HCI Introduction and Overview I mentioned it briefly in, but again, HCI's approach to the Department of Computing is strong in terms of interface implementation. It is good to implement the interface using the desk metaphor, but I think the original purpose of finding the desired document through this should be considered.

I think we should also think about how we can create useful and valuable things with these interface technologies.