If you let it stand still, your location on the map will move along the path of the bus or train. 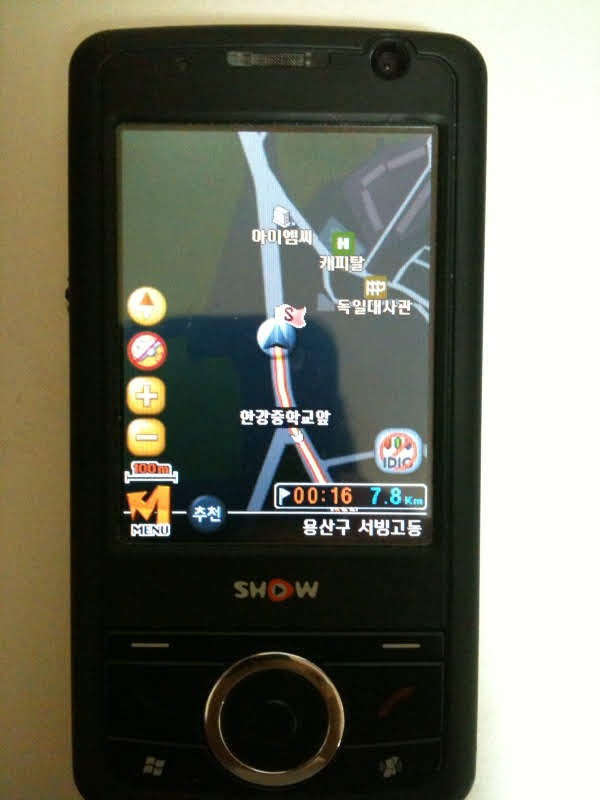 While going from Seoul to Gwangju by KTX, where did you come from right now? I wondered where the railroad tracks were on the map.

I decided to check it with the iPhone Maps app, which I started using on December 12. 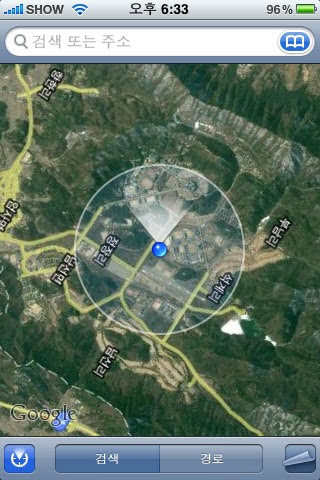 The current location can be checked well on Google Maps, Daum Maps, and Naver Maps.

However, since Google Maps and Naver Maps are satellite photos, if you increase the magnification compared to the aerial photos of Daum Map, the quality deteriorates, so I checked with Daum Map. 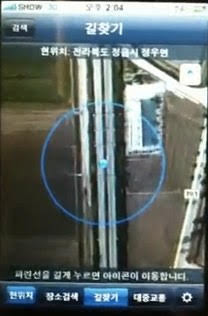 There was nothing to do on the train, so I decided to take a video for fun.

I connected to the internet via 3G with my wife's iPhone, tapped the current location on the Daum Map app, and took a video with my iPhone.

(I filmed it vertically, but it looks good on YouTube as well. Usually, if I shoot vertically with a camera, it looks horizontal when viewed)

I've followed the current location with a map application when wireless is picked up by an iPod touch in a taxi before, but the KTX seems to have a higher sense of speed because of its high speed.

In order to know where we came from and which route we are going, we looked into the navigation program on Windows Mobile and the map application on the iPhone.

Knowing your current location on a road or road is one solution to not getting lost or finding a way.

Although the navigation design of an Internet website has the characteristics of a computer interface, the basic concepts and methods are taken from real-world navigation. Marks such as 'Home > News > Politics' that we often see on websites are called breadklum, and it got its name from the way Handel and Gretel drop bread crumbs as they enter the woods. There is nothing new in the world. It's just borrowing from one another. Something new or a solution, you have to look in the real world.

It's been a while since maps met the internet, but now maps have come out to the real world with smartphones such as iPhones, so I'm looking forward to what's going to happen in the future.