On Monday morning, the opening of CHI2006 was declared, followed immediately by the opening session's speeches. The speech at the opening session was delivered by Intuit's co-founder. Scott Cook  This presentation was made under the theme of Creating 'Game-Changing' Innovation.

The opening session was attended by all CHI attendees, and the three large auditoriums were full. 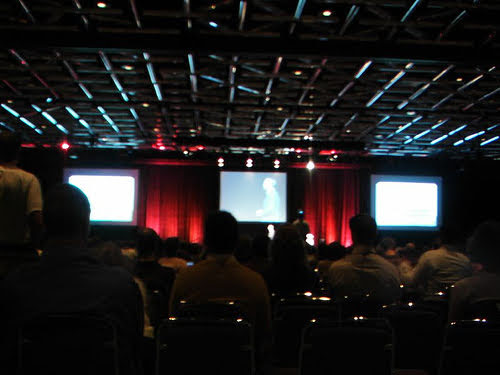 Inutit's process is focused on users/customers as follows:

Blue Ocean CaseI explained QuickBooks of Intutit, which is famous for , but what I learned is that QuickBooks is sold in two versions. There are two versions, one for selling software only and one for selling together with hardware. Intuit is a software company, so it only sold software. However, users need hardware such as a scanner or printer to use QuickBooks. It is said that the software version sold only 2% of sales, whereas the version sold together with hardware generated 2% of sales.

By focusing on user experience, user needs, and values, a company seems to be a case in which these profits can be achieved.

Another example was the bra, which is women's underwear. There is a sexy bra, but that sexy bra is not comfortable. After making it easy, the sales doubled from 20% to 40%. Of course, Intuit isn't a company that sells women's underwear, so I don't know if it's an example from somewhere else.

In any case, it can be seen as another example of increasing a company's profits by focusing on users or customers and discovering and meeting those needs.

To change the rules of these games, Scott suggested five things.

They saw the beginning of innovation as a change of mind set, and they are told to look differently for the change of mind set. I am talking about broadening our thinking through user research. User research that broadens the scope of thinkingI did it in , and I think it can be seen that this is done with the Mac.

During the announcement, the co-founder said that he had been testing usability since 1984, and showed the address http://www.intuit.com/about_intuit/careers/ux/ in the last page of the announcement to hire User Experience personnel. The founder, like other companies, came to CHI and showed such great interest that he devoted the last chapter to hiring manpower. 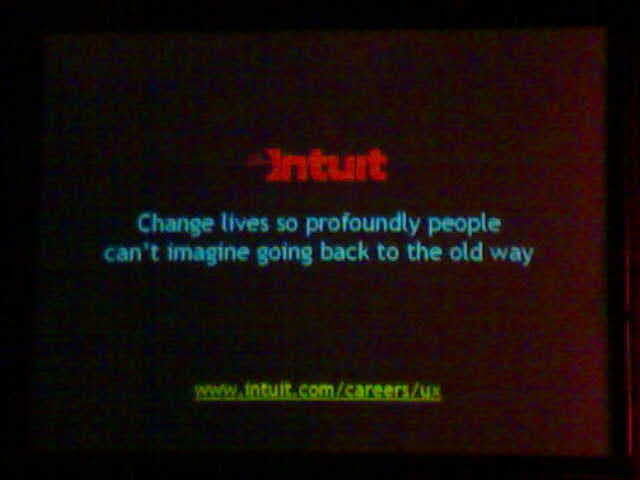 This founder is a person who has taken a prestigious path in marketing. At the same time, he is one of the representative managers who place the core of business on customer value. HCI can be seen as a field that can materialize such customer-oriented management.