There is one thing that became uncomfortable after upgrading to macOS Mojave. That is, you can see recently launched apps on the right side of the dock.

On the right side of the dock, the recently launched app remains even if you close it.

If it's running, you'll see an icon in the dock and a dot below the app icon. So the icon remains in the dock even though it is shut down.

If you look closely, you can see up to three recently launched app icons.

I don't want to see the recently launched apps, and it's a bit disappointing because it seems to keep running even after I quit. In my case, I put the apps I use often in the dock or the app icon itself shows the information. When an app that is not in the dock is launched, it is displayed next to the right end of the app that I have set.

However, after upgrading to macOS Mojave, Apple is forcibly displaying recently launched apps on the right.

This is a list of recent apps applied to iPad from iOS 11. I didn't like it on the iPad, but I forced it to work on the Mac as well.

So, after being patient, I caught me today and tried to find a way to get rid of it.

I thought I would do it with a command in the terminal, but it's in the options in the settings. 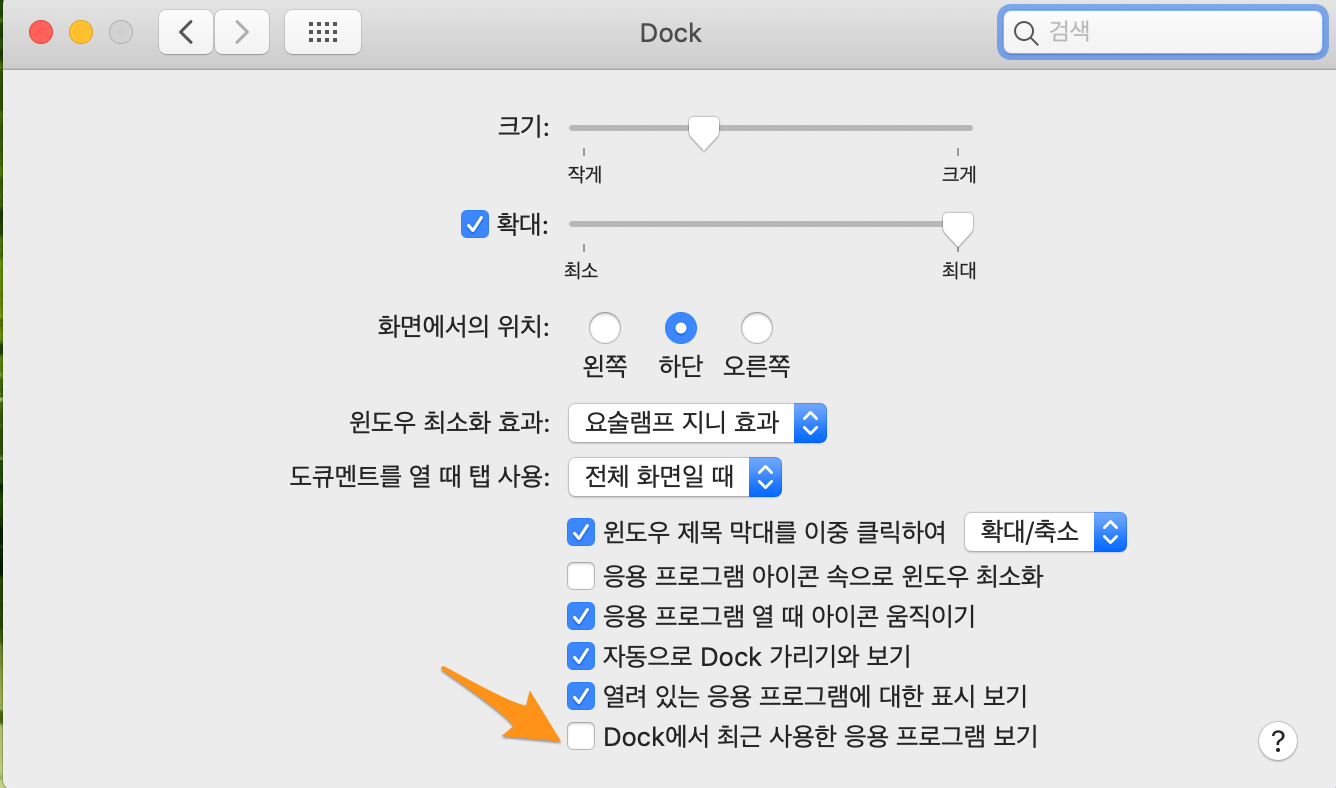 This way, the app icon disappears when the execution is finished.

There is an issue about whether to turn on or off the default value when creating a new function.

If you tell the user to turn it on, the user doesn't even know that this new feature exists, so it won't be used. If I force it on, I am dissatisfied with people who do not like it, and I am dissatisfied because a function that I did not set is forcibly turned on. This is one of the basic principles of UI, the User In Control principle that gives the user control.

I'm always thinking about releasing a new feature. We invite you to try out new features through the campaign. Of course, it is expensive, but in fact, there were many cases of using new features as marketing materials. The user-based UGC services, such as blogs and cafes, were carefully selected because they were developed by users.

Of course, there were times when I spent more money to guide the CS team well for strategic functions. Of course, functionally, it should be provided so that it can be unused or hidden as above. Giving the user control is more than just putting a cancel button on the progress bar so they can cancel.