It's a MacBook Pro early 2015, and since a few days ago, whenever I woke up from sleep, the following phenomenon occurred.

I had to force quit and use it. However, this phenomenon was repeated again. Then, except for the USB mouse, there was no keyboard input, so I couldn't use it.

I wondered if it was a problem with the top plate with the keyboard and trackpad, so I did a search to entrust the AS, and it seemed that this was not a problem unique to the 2015 model or Sierra OS. If you search for 'macbook keyboard mess', articles from 2009 are also found.

It might be a software problem, not a hardware problem, so I looked it up, and after doing everything, I finally deleted the sleep image and the problem was solved. Others seem to be resolved at different points.

After reading other people's posts, it seems that you can use it as a USB keyboard and a USB mouse.

How to fix macbook keyboard or touchpad stuck

Among the methods to solve the problem of the keyboard or touchpad of MacBook, software methods are summarized as follows.

In Mac, there is a memory that stores information such as sound, display resolution, time, etc. How to reset이다.

3. OFF the FileVault function of system security

It is a function that encrypts the contents of the hard drive, but some people have solved it by turning it off. I don't know why, but it seems to be a possible way to do it. 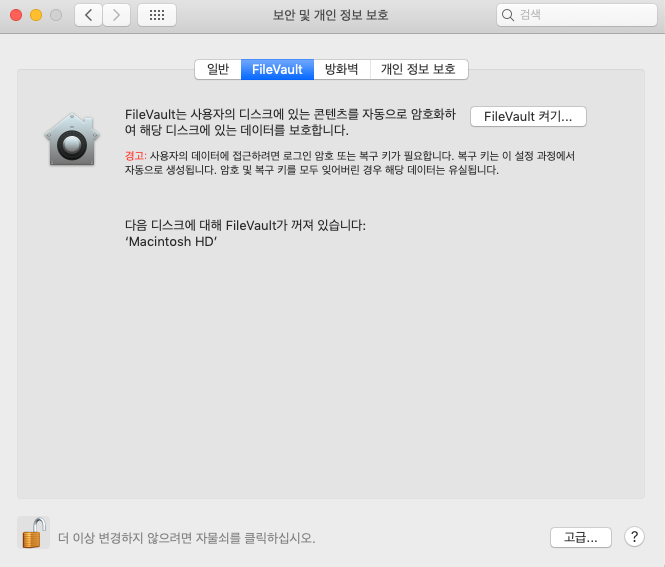 It seems that Maebook saves it as an image (not a picture) when it sleeps. You can delete this from the terminal.

In my case, this happened when I woke up my MacBook. In my case, I deleted this sleep image and the problem was solved.

If this doesn't work, the MacBook's keyboard and trackpad cables will have to be replaced.