National Park Memorial Hall RoadAs you walk along the street, you will see that there are separate graves for the president, generals, and private soldiers. 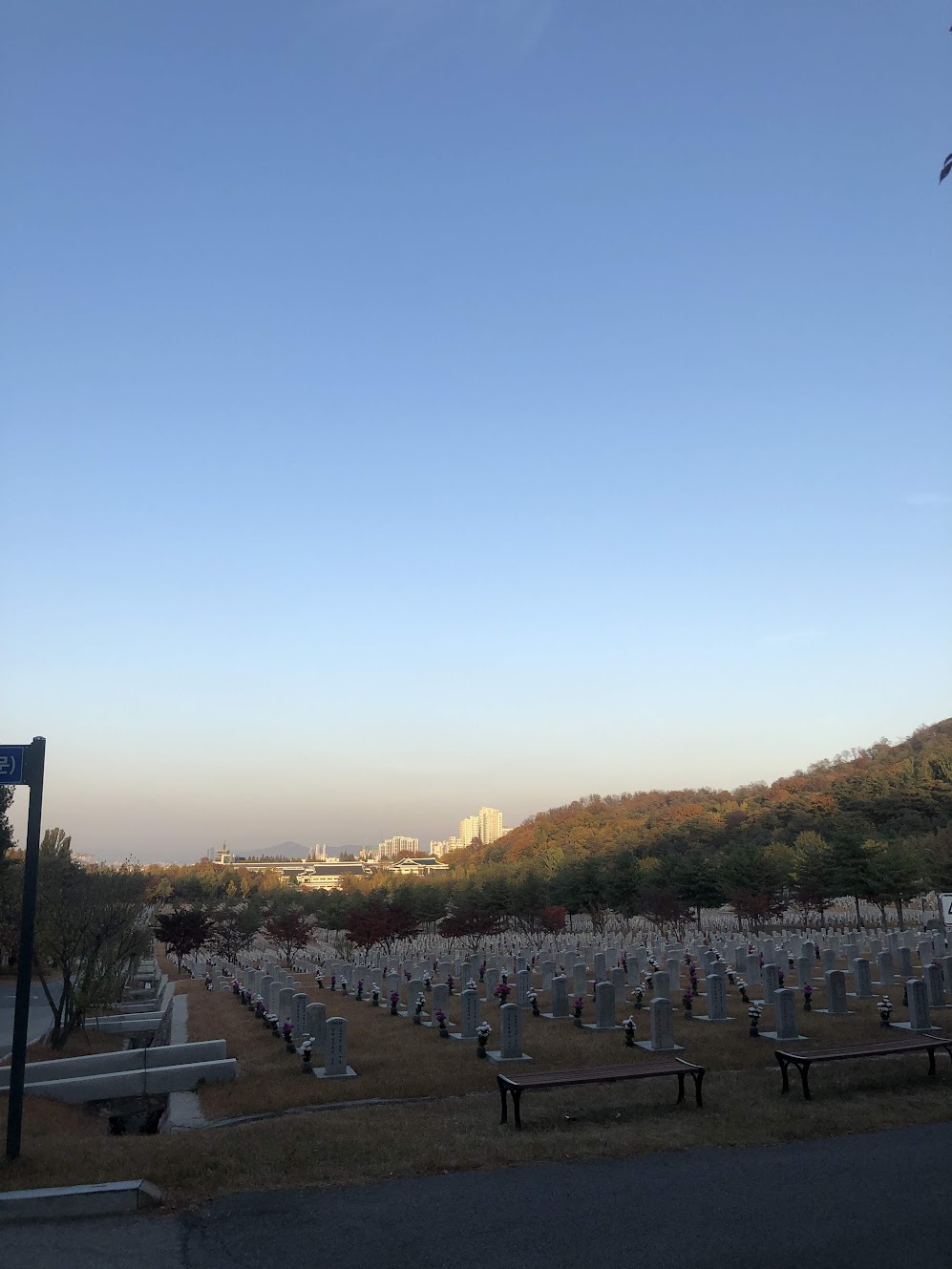 They are all dead, so why are they treated differently?

In the movie, so-called important people like the president have to be rescued, and the rest are sacrificed for that.

It seems to have changed from class to role, but it seems that there are still important people and high-ranking people.

They played an important role in terms of influence, or they just played different roles in terms of roles.

People's roles are relative, so everyone treats them like this and is treated like this. If you go to the supermarket, you can see it. It's like seeing a lot of people who work in supermarkets, being unfair or ignored by society at work.

Equality should be 'equality before the law'. However, in reality, it is hereditary innocence, and the Park Geun-hye administration's judicial Nongdan shows that this is not the case in reality.

In society, each plays a role according to hereditary or ability. And since it's just a role, I think everyone is human and should be equal.

But people are supposed to be all equal and all the same, but that doesn't seem to be the case. So I keep thinking about why it's different.

Even though I know it, it seems that I am still living without acknowledging this.

Recently yoda In Season 1 of Breaking Bad, which was recommended by , when the main character finds out that he has cancer, he asks a friend to join the company, and if he has medical insurance, he tells these stories. 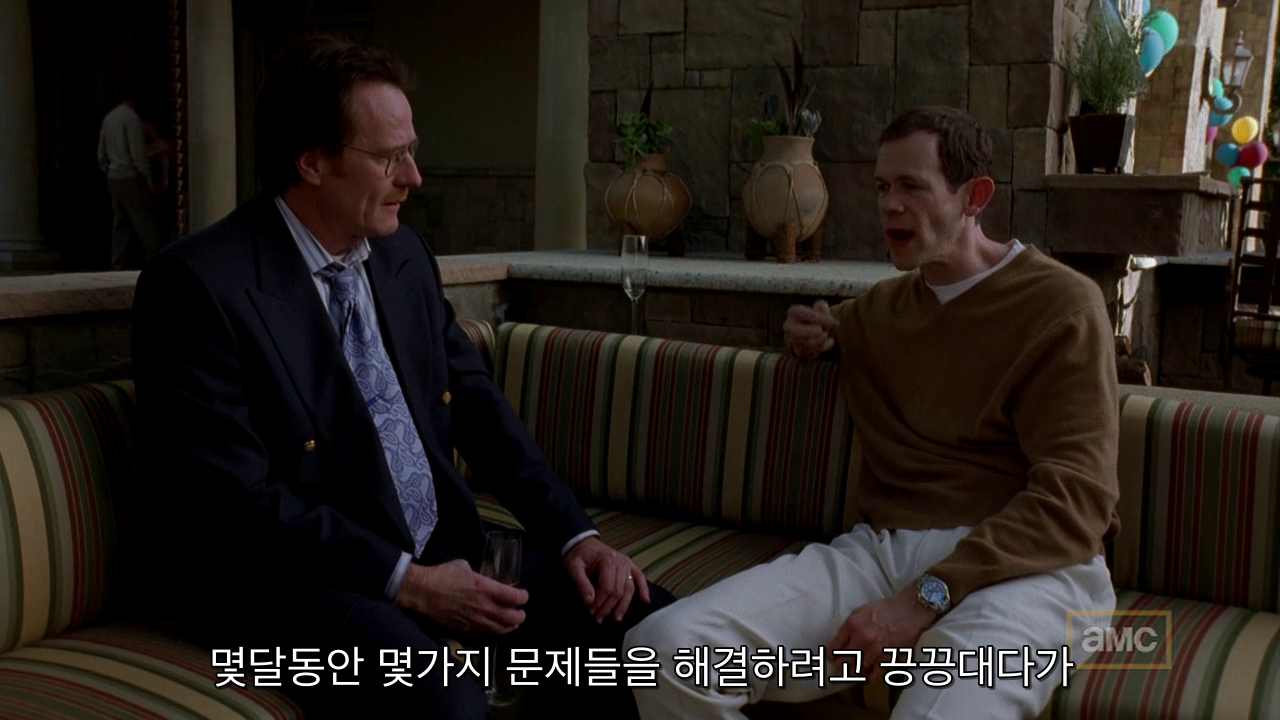 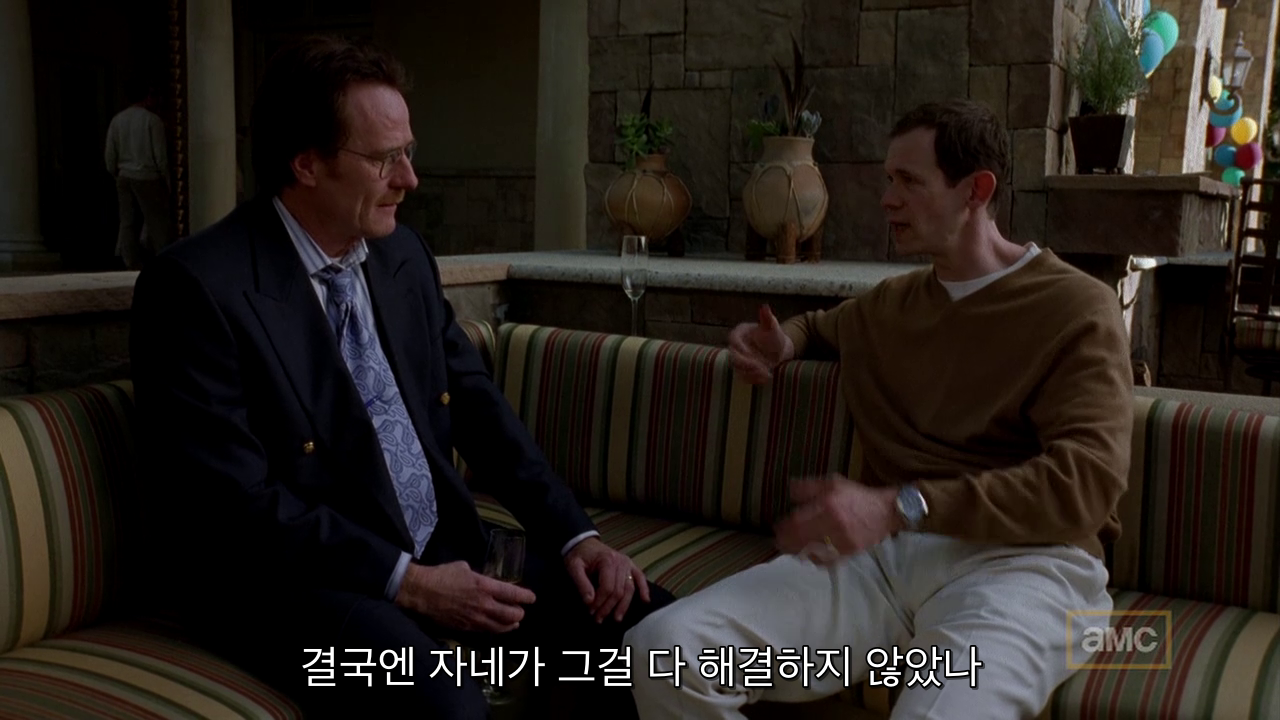 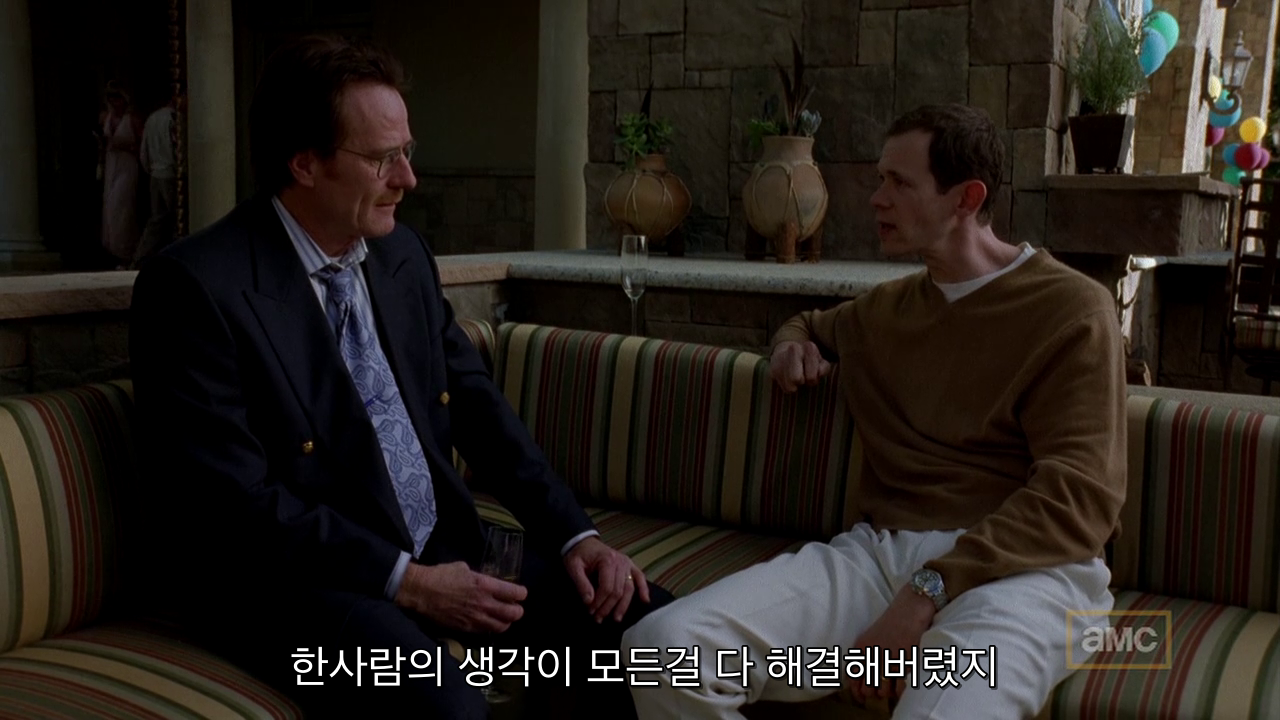 “You are the person we want.

After months of struggling to solve some problems, you finally solved them all.

One person's thoughts solved it all."

It seems like they started a business together, but I still don't know why only my friend is the president of the company and the main character is a high school teacher, but in the end, a certain person solves the problem.

“You’ve been trying to solve a problem for months, but when you have tunnel vision, you think outside the box.”

I looked for English subtitles. 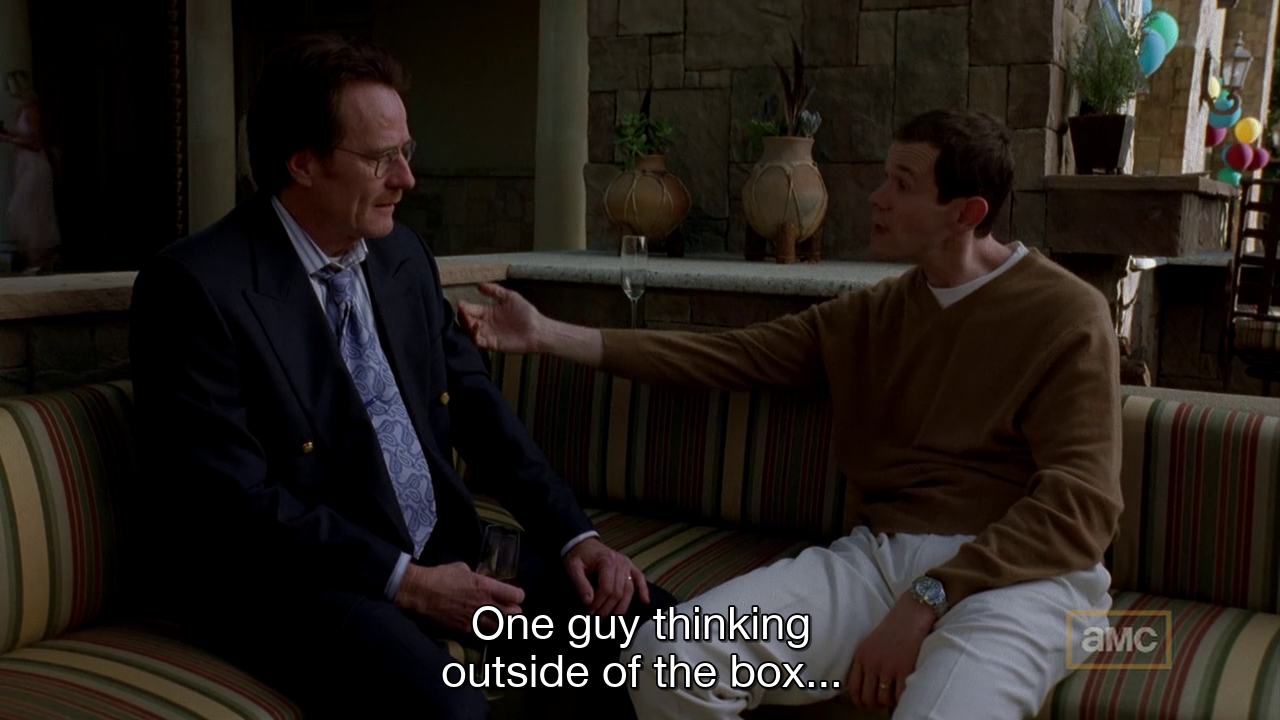 When you enter a tunnel by car, you see only the light from the exit of the tunnel and not the surroundings. At that time, it seems that the main character thinks outside the box and solves the problem.

After all, human abilities are not all equal. That is why, in an organization, talented people are also important.

Human beings have their own roles to play, so we need to respect each other.

I don't want to admit it, but I'm only going through cases where I keep admitting it, and I can't seem to find any disproving cases.

This life where you don't know why you were born, why you have to live, what happens when you die... It's just living, and it seems difficult to acknowledge why some people are important to each other and others are not.

It is said that when Prime Minister Lee Nak-yeon was appointed prime minister, he was receiving a call from KTX, and he called outside to avoid disturbing others. Isn't it obvious?

Like Nohjjang or Moontong, the president's power is used for the people, not himself, and as a person, he thinks and acts like a normal person. just like a good grandpa 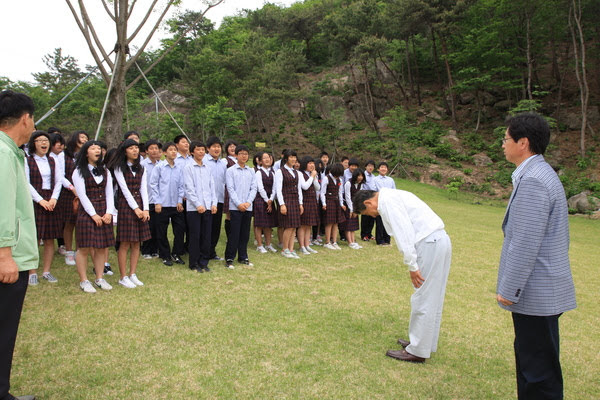 Humans are not a class, but each plays their own roles. Shouldn't we be respectful of each other because we are all human beings? When will rank invisible to the world disappear?