Now that my knee hurts, I decided to go hiking with Nogodan and Dullegil.

It is said that the 3 courses of Jirisan Dullegil are popular. So, I decided to walk the 3rd course for the first Jirisan Dulle-gil.

i love Rambler AppI did gpx logging and photo logging.

Below is the recorded gpx file uploaded to the WordPress plugin.

The weather is really good for walking! It's fine if you have a hat or not. If you walk fast, you sweat, and if you walk slowly, you cool down!

Rambler is nice to not only log the gpx but also to log the route while taking pictures right away, leaving notes and uploading them all at once. Of course, you can take other people's gpx records and use them as navigation, and you can follow other people's records while walking. So, I think I've only done part-time job, the term for climbers.

Jirisan Dullegil Course 3, Inwol → Geumgye Rambler Record The route and photos are in order, and you can check the location of the photo or photo for each location. I used to use Evertrail for a fee before, but it crashed and all my data was lost. Rambler shouldn't be disappointed. I need to make it one day soon before it collapses haha

You can look at Rambler for photos and records by route, but I haven't made such a note on Rambler yet, so I'll simply record it on my blog first. Rambler records can be viewed by location and time, so the Rambler record is much better than the blog-type article below. If you are planning to actually walk, it would be good to refer to Rambler Records. You can also download route records and photos, so you can actually act as a navigation while walking. I took pictures as I went to the fork, so you can check them by location.

It's annoying to write again after going on a trip like this, so I don't do it well, but in Trello, it's good to record it right away.

Still, I write it on my blog just for the fun of reminiscing about you.

It was good to start in Inwol, so I slept at the guest house and went to the Inwol information center. I asked the guide about the return transportation and asked where to eat. I did a bit of searching on the internet, but I think it would be a good idea to ask the local information desk.

We departed at 9:50 am. We arrived shortly after sunset. Considering the sunset time, it seems that the departure time needs to be extended further.

Parking is in front of the information desk. 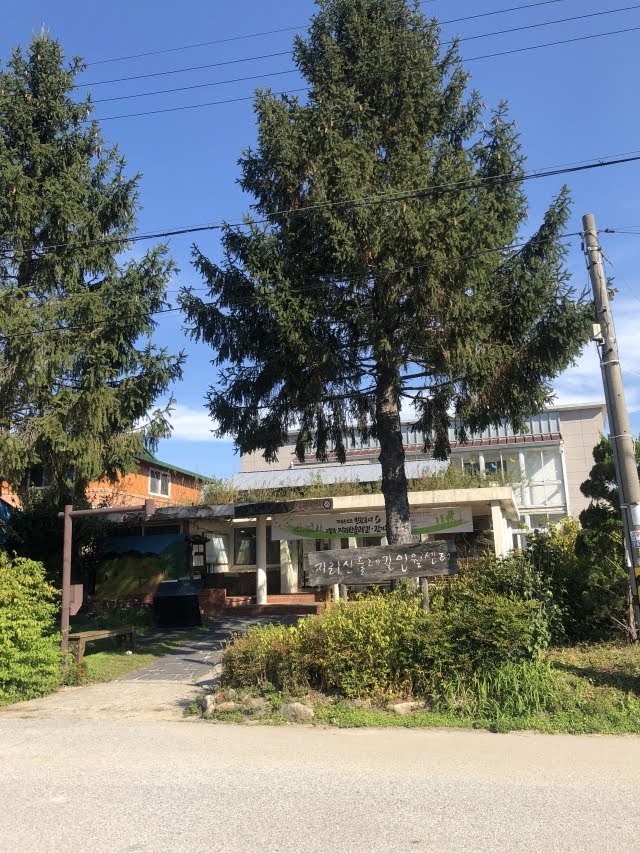 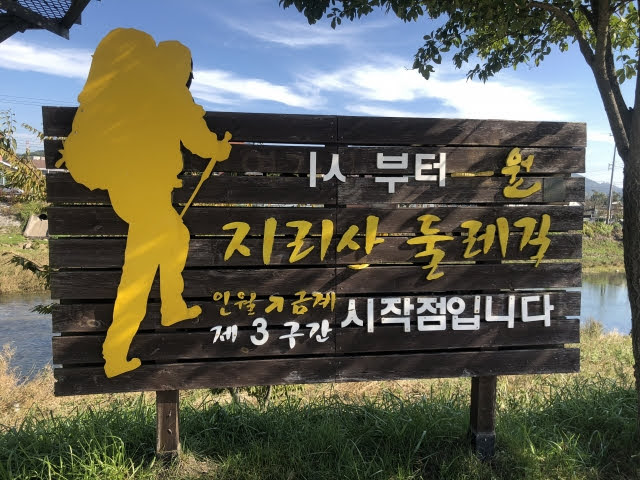 They sell makgeolli, omija tea, and sikhye at places where you need to rest. It costs around 2000 won, so you have to bring cash.

There is also a separate shelter. 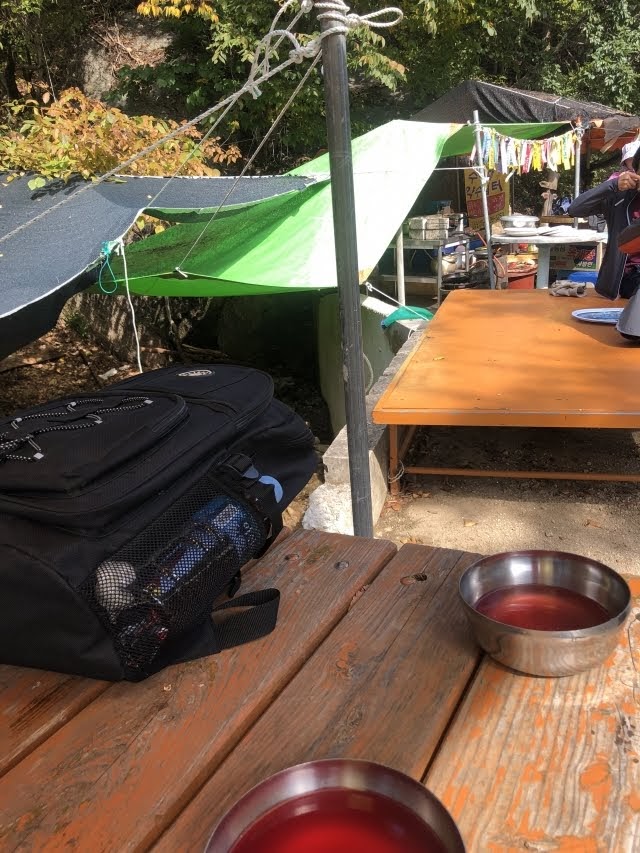 Lunch didn't go as planned. All the restaurants were closed. It seems that the popularity of the Jirisan Dulle-gil has declined.

I packed a bag full of food and ate lunch with it, and while walking, I ate ramen deliciously while looking at Nogodan and Cheonwangbong of Mt. Jirisan in an unexpected place. It was around 4 hours and 45 minutes after I started walking. 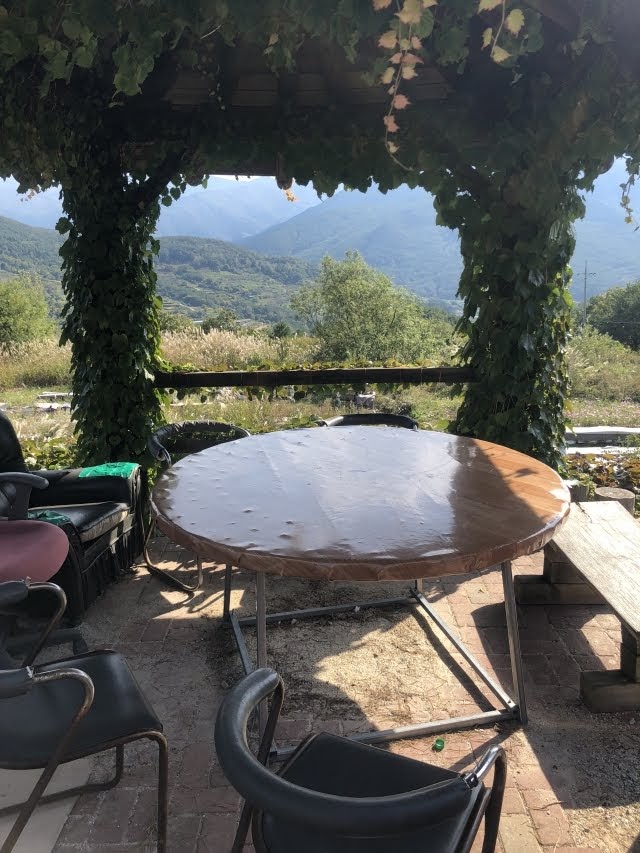 return to the moon

It would be nice if the car came alone with self-driving cars, but since I can't, I have to return by bus or taxi after arriving.

Fortunately, one company answered the phone, and as I came, I talked to the taxi driver about this and that. After making Jirisan Dullegil for the first time and leaving after 1 night and 2 days, it was so popular that taxis from Inwol and Namwon also came and waited, but these days there are not many people walking.

The photo below was taken from the brochure at the Personnel Information Center. 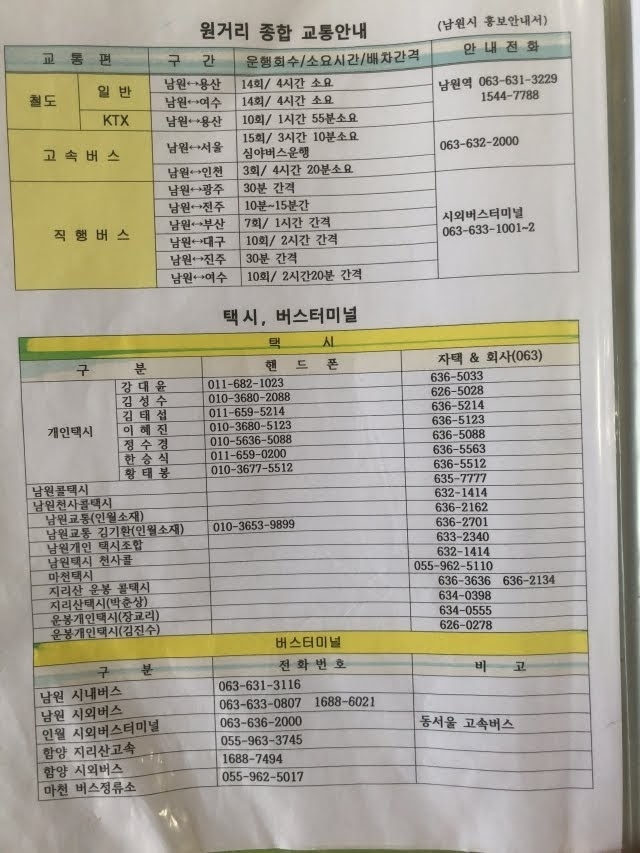 It's really annoying to record after a trip. Recording should have such a service that records the route and records photos, impressions, or information directly when recording. Of course, it is necessary for the diligent person, and it is necessary for the person who wants to make such a record. As is always the case with user content services, a few people make such a record, many people use it, and that's a welcome sign, and people's experiences are added little by little.

With the advent of smartphones, real-world experiences are recorded in real time, content production and publication are simultaneous, and logs, relationships, and interactions are possible using the power of computers rather than texts. Thus, the possibility of abundant use or consumption in a dynamic environment rather than static like a paper or blog post has been opened. An ecosystem where a service that can do such a thing, a user who works hard using that service, people who use and appreciate the content created by such users, and a business that can maintain this are connected. there is a world