One of the killer features of the Apple Watch is notifications.

As soon as the original Apple Watch came out, I bought it and used it for about 4 years, then switched to the Apple Watch 10 in October.

Four years ago, I realized that the killer function of the wearable was not a step count measurement, but a phone call, text message, or app notification from a smartphone, and decided to put a notification as a key key in the wearable I was making.

In the meantime, there have been so many message notifications that it is too many to limit to the essential ones.

so in my case Apple Watch uses It is useful to check the next meeting on the calendar notification and watch during the When I carry my laptop, I just lift my wrist and go to the next meeting.

For me, who has a lot of meetings, I use my watch in a mode where the calendar can be seen clearly during work hours.

There wasn't much discomfort.

The iPhone uses the full text size adjustment function since iOS 11, and prefers apps with this function. This is a dynamic font function that was in iOS, and apps need to apply this font.

However, the Apple Watch did not have the ability to adjust the font size.

Apple Watch 4 is 3% bigger than 35 However, the font size is

Apple Watch Originals through 3 are 38mm and 42mm, while Apple Watch 4 comes in 44mm. Looking at the keynote, it is said that it is 35% larger than before.

Tokyo Omotesando I bought an Apple Watch 4 from the Apple Store.. 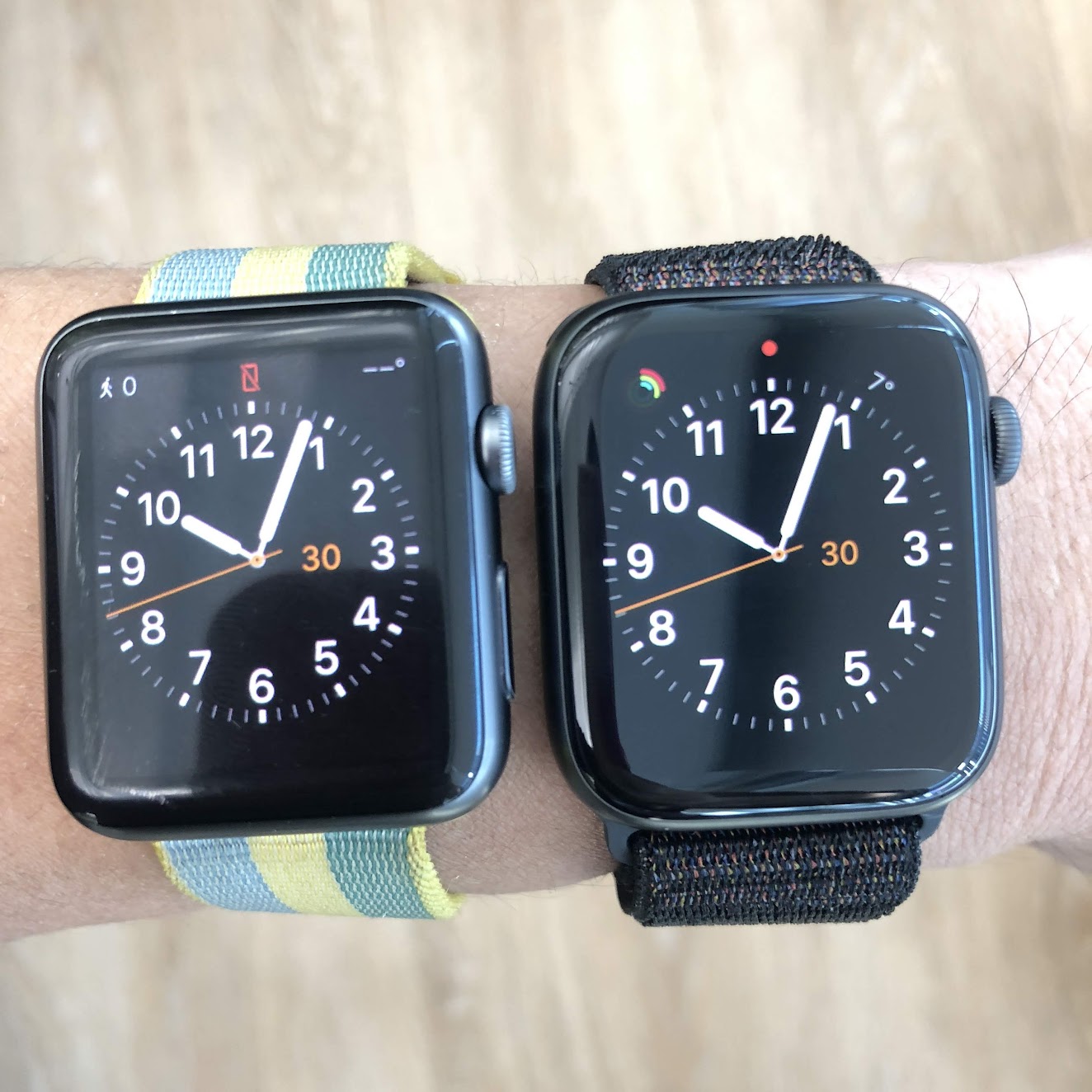 It was difficult to read because the font size was the same even when a notification came.

It's like buying an iPhone 5 or 6, and the screen gets bigger and the text gets bigger.

WatchOS 5 was released, but unfortunately the original Apple Watch could not be updated, so we ignored what changed in WachOS 5.

Now that I have an Apple Watch 4, I looked up the settings of the Apple Watch app on my iPhone.

If you adjust the text size on the iPhone, it is immediately reflected on the Apple Watch.

If you increase the text size of the complication, the screen will be messed up, so the visual designers probably didn't allow it.

When I tried it, the watch app and the floating font seem to apply only to the detailed view or button, not to the main view when I tried Apple's calendar.

Below is the case when the text size of the detail view of the calendar app is set to the smallest and largest. The main view contains visuals, and the detail view is often a table view. It seems like the part to consider when developing a watch app to apply a floating font. 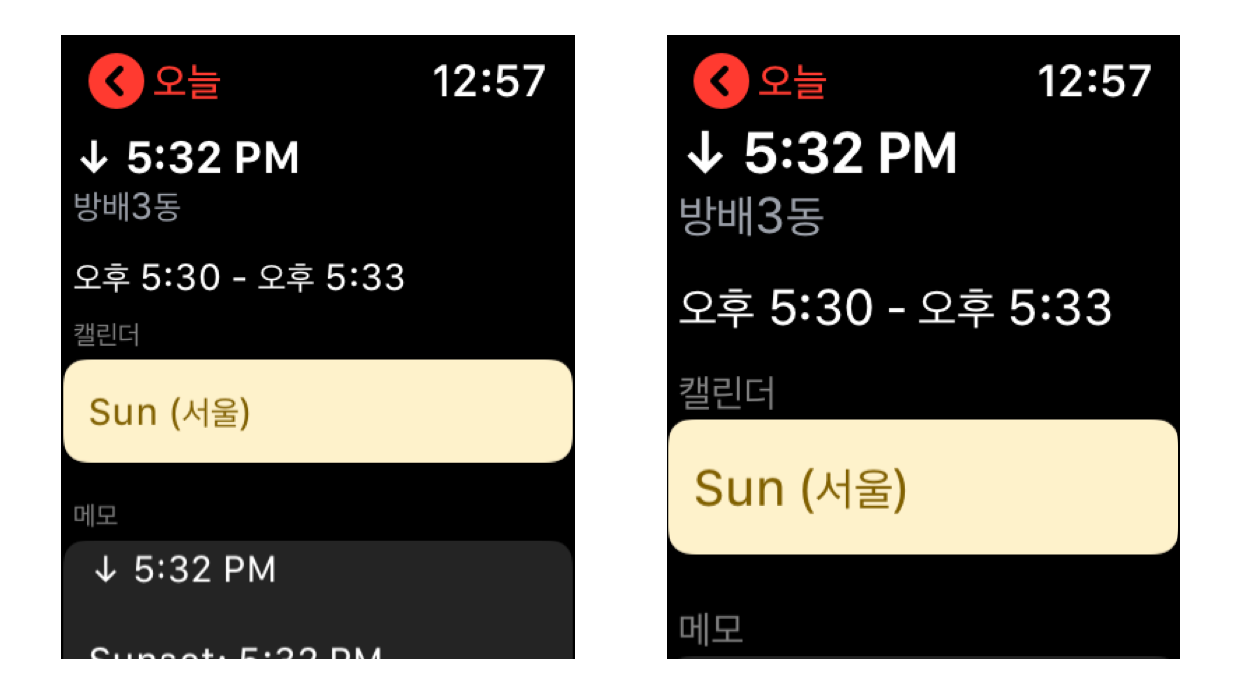 The font size adjustment function seems to be a really important function in the 100-year-old era.

Moreover, people who carried all their cell phones and wore watches wore only those who thought about fashion. Smartwatches seem to be used as gadgets even for people who are not fashion accessories, so more and more people are wearing them again.

A smart watch worth 50 won is more likely to be worn by office workers or middle-aged people than college students. In addition, Apple Watch is going from fitness to move well to health such as heart, electrocardiogram, and falls, so it can be useful for middle-aged and older people. Of course, the current 60's rather than the current 50's it will be when this

So, for middle-aged or senior IT devices or software, this text size adjustment function is basic, and UI is also important.