According to App Annie's announcement, videos are very important for app downloads on the App Store. In the early days of the App Store, screenshots were important, but now videos seem to matter.

When you want to make a video in which the app works, you can connect your iPhone to your Mac and record it with QuickTime. Starting with iOS 11, you can record directly from your iPhone. 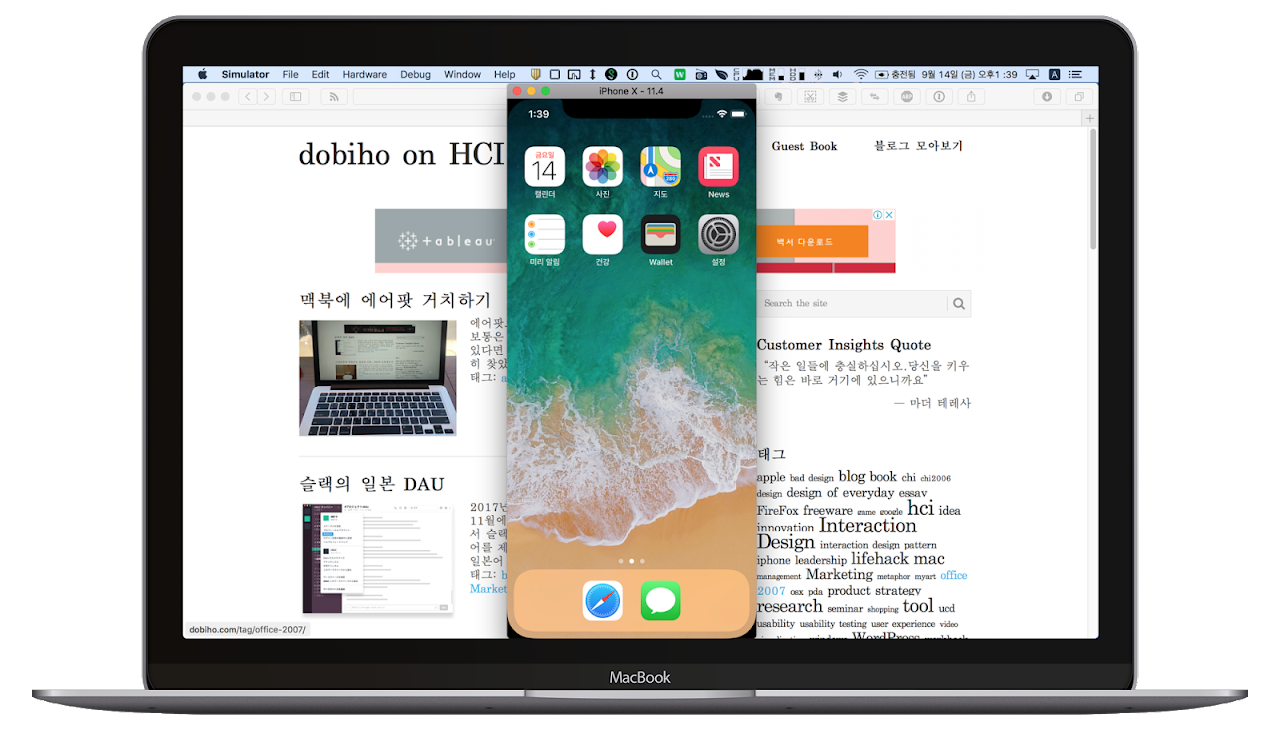 It is not a tool with UI, but there was a function among them that can operate the simulator with commands.

Just open a terminal on your Mac and type the command to record simulator video.

The next thing is to record as a.mov file.

You can do this by pressing CTRL + C in the terminal.

Show where you touch

If you record with your iPhone, you won't know where you tapped.

There are a number of ways to make the touch point display.

The simplest is to use AssitiveTouch . Perhaps someone who has been using the iPhone 4 for a long time has used it because the home button is broken.

You can do this by turning on General > Accessibility > AssistiveTouch in iPhone Settings. How to use video belowPlease refer to

I don't know why only the AssitiveTouch term was not localized in iOS 11, but there is a major problem with this method. It's just that the button is still visible.

This is a way to implement what is displayed when touched. I found a lot of libraries. to findTo summarize:

Of course, this method is only available to developers who have the source code for the app and can build it.

If you enter a command in the terminal as shown below, it is displayed when you click it with a mouse in the simulator.

Setting the value to 0 turns off the display.

When I tried this command, I turned off the simulator and turned it on again, and it took effect.

This method is possible only if you have the development source code and can build it.

There is a way to apply effects in video editing software such as Camtasia, Final Cut Pro, and Premiere.

It seems that most methods have no choice but to add effects after making a video.

Kamtasia is Ability to add gesture effects while editing videoThere is this. It seems to be in Final Cut Pro or Motion.