In order to promote Sony's new headphone, MDR-XB700, they put headphones on the Mini Cooper, take a picture of the car and post it on the blog. 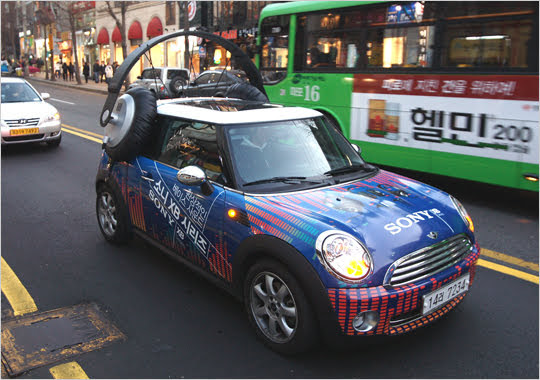 The MDR-XB700 is terribly large and soft, so it's perfect to wear in winter, but the headphones on the Mini Cooper don't feel that way at all because the Mini Cooper is relatively large. For some reason these days, I want to use this style of headphones that seems to have a woofer. 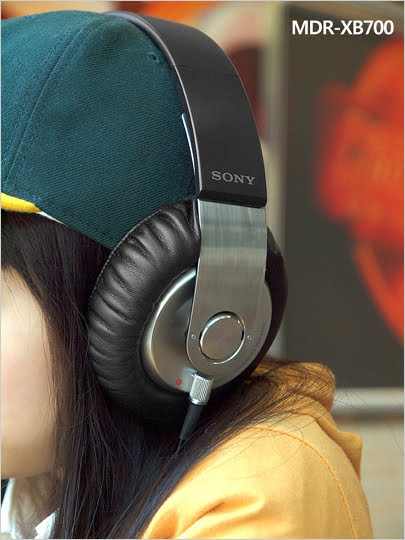 Anyway, I think it's called headphones because it's written on a person's head, but I put those headphones on a car. It is interesting.

Where did you see it?

Yahoo! Bang (Y!) logo over headphones  Yahoo! music It was a logo.

Yahoo! The music logo is Yahoo! The only logo change in The brand logo was managed by the UED team and was approved by Terry Samuel.

USA Yahoo! When I went to the employee parking lot at Yahoo! I saw the mini copper and quickly took a picture. 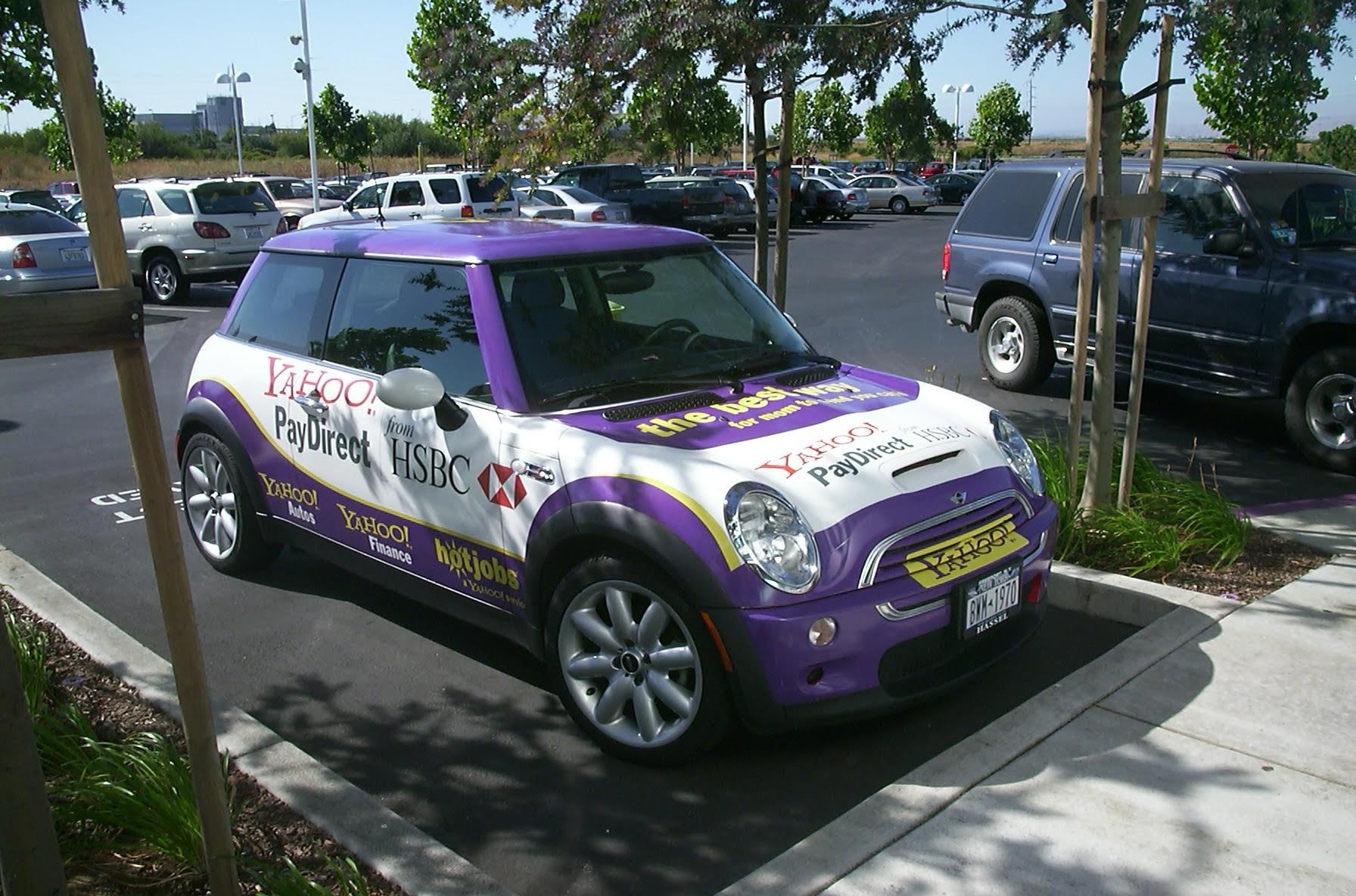 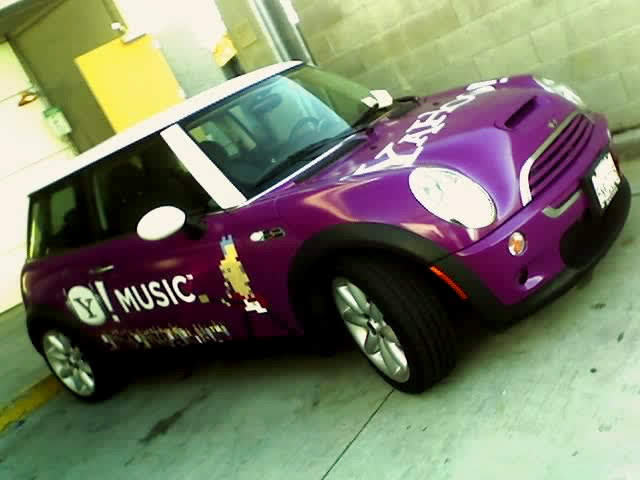 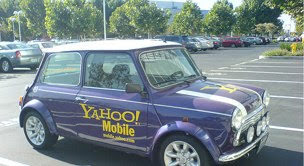 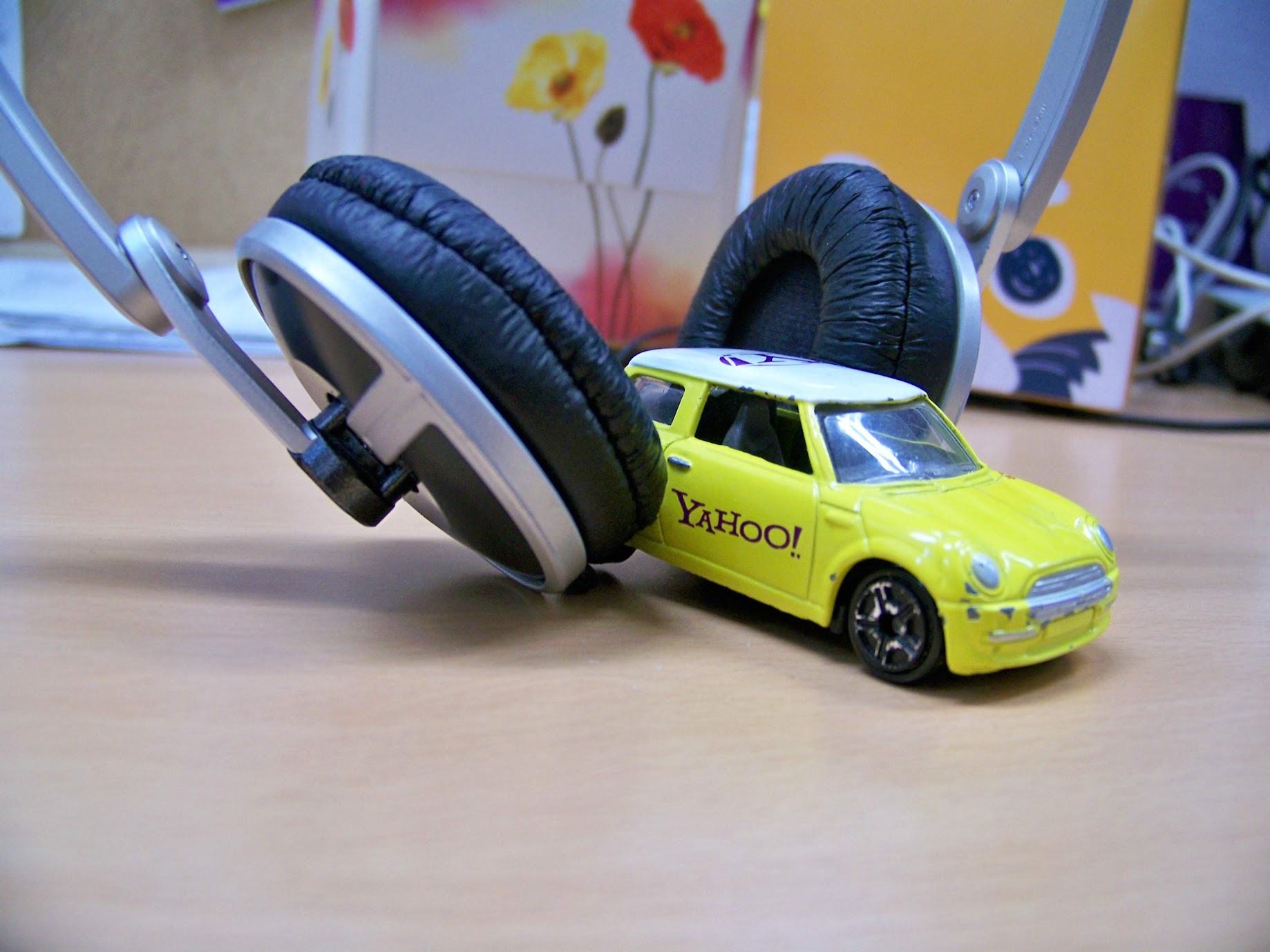