Blog readers, including Google Reader, have closed their doors, and meta blogs have also disappeared. In addition to news between people, SNS carries information, and in the meantime, people read on Facebook or Twitter, just as people consume news on Naver Main, or consume issues on the Internet at a cafe they usually go to. And it also allows you to subscribe and receive information on messengers such as KakaoTalk or Facebook Messenger.

My blog is for the purpose of recording or experimenting when I have time, but as a writer, I have no choice but to be interested in how it is consumed.

Rather than reviewing short articles, articles, or blog posts, to see blogs that carefully record, like the old meta blogs or open blog readers. View all blogsI also tried making .

In my case, I move information to Twitter, but I also post my blog posts, but this time, as a new experiment, I thought for a moment if there was a way to get people to subscribe to my blog on Facebook, so I made a Facebook page. If you like this page, you will automatically subscribe to it, and it will appear on your timeline, so it seems to be acting as a blog leader. 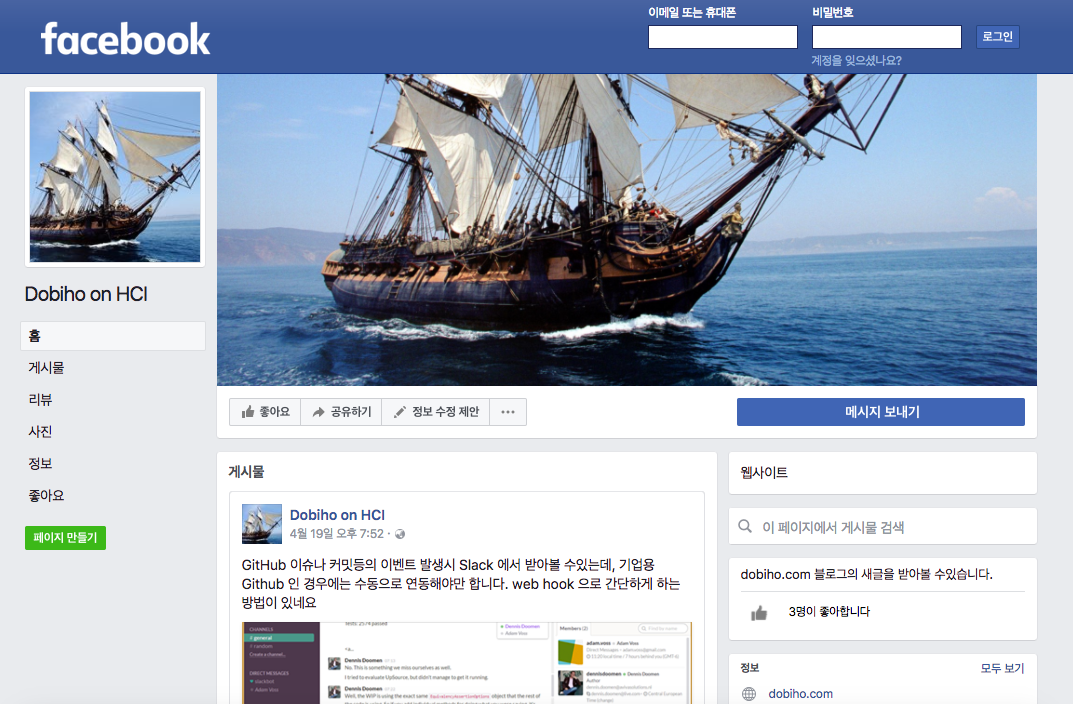 There is a plugin that automatically posts to Facebook when a blog is posted, but I decided not to use this. Rather than just going to the title and link, I decided to manually post something a little bit more. I think I might be able to introduce something worth re-illuminating among the previous articles.

Facebook and Facebook Pages were not originally created for blog readers. But you can also make Facebook use it as a blog reader. Looking at 'utilization' and 'substitution' rather than the purpose of the original product or service, I think that is one of the beginnings of service innovation.