Apple 2008 October Special Event There was an introduction to the new MacBook at.

There is nothing to say “wow” compared to before. There is no sound of applause. There were a lot of things to emphasize, but I  u seems to be the biggest. I even turned it around to touch it myself.

New uses for jeans coin pockets , laptop in a mail bag , Steve Jobs' iMac vs. How to present to Dell, The built-in flash of the MacBook video camera Compared to , turning aluminum to touch was a disappointment compared to expectations.

I like the battery life a bit. It looks like it will be a 3D game, and the hard drive capacity is a bit bigger. But it is too expensive.

The funniest thing seems to be finger gestures. One, two, three, and four finger gestures were fun. I don't know if I'll be able to memorize them all.

Only the four-finger gesture part was captured as a video. And to see how it was done, I took another screenshot and displayed it. There may be a manual somewhere, but I was just curious, so I watched the video and organized it. If there are any mistakes, please point them out.

same as before Tap with one finger to click, tap and drag to move (drag), and release to drop (drop) 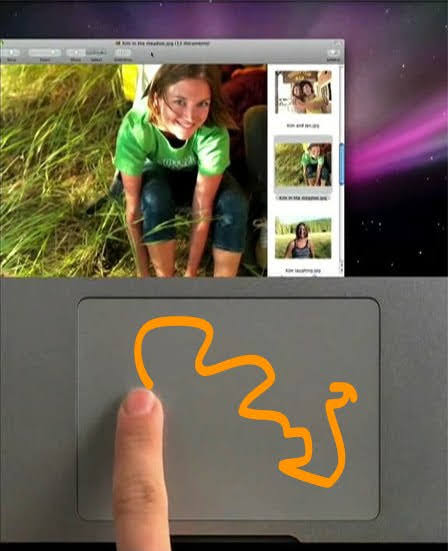 This is the interface shown on the iPod touch and iPhone. Pinch two fingers together to zoom out, and spread them out to zoom in. 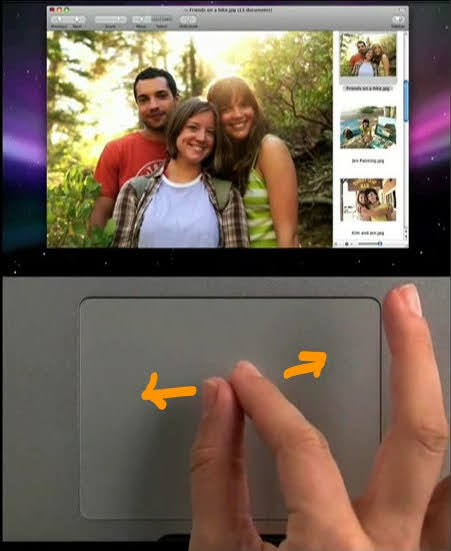 And, if you rotate two fingers without moving, the picture rotates. 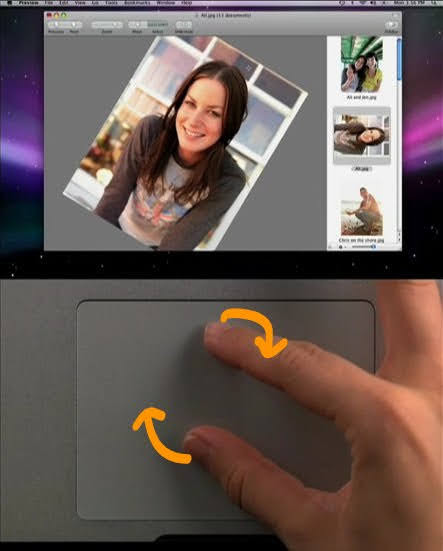 Slide three fingers left or right on the trackpad to select an item in the list. 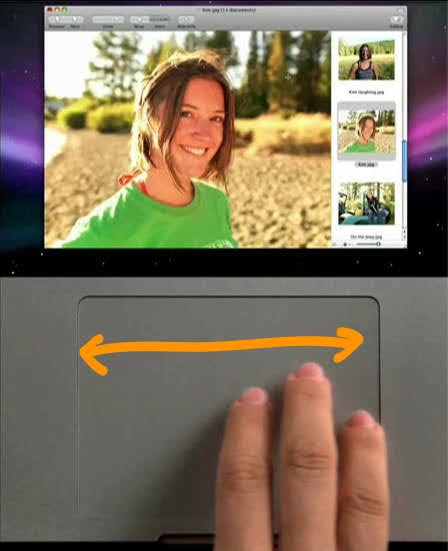 this is kinda weird

The thumbnail list is vertical, and you have to move three fingers left and right to select another photo.

I thought it was inconvenient to click and scroll the slide panel to move another slide when the slide on the left was thumbnailed in Keynote or PowerPoint, but it would be convenient to have the three finger function. However, the slide thumbnails in Keynote and PowerPoint are also vertical, but moving three fingers left and right doesn't seem to fit the mental model.

The four fingers move up and down, but I might have done it left and right for fear of not closing the little finger well. Still, it's intuitive to make it move vertically, but I don't know if it's possible.

Slide four fingers down to expose. In the case of a five-button mouse, it is really convenient to connect this function to the mouse button, but I do not have this mouse, so I use a keyboard hotkey by designating it. This was really inconvenient, but I think it would be convenient if I only used it as a trackpad. 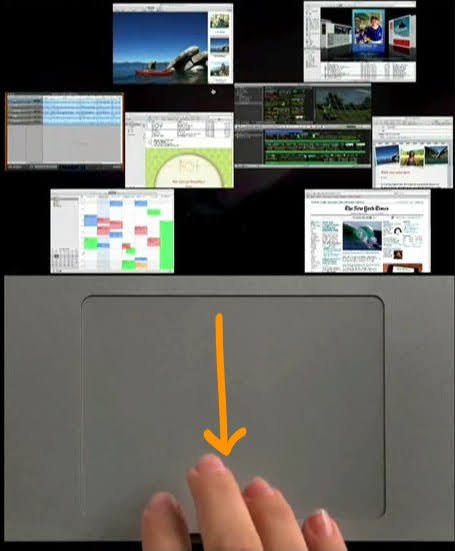 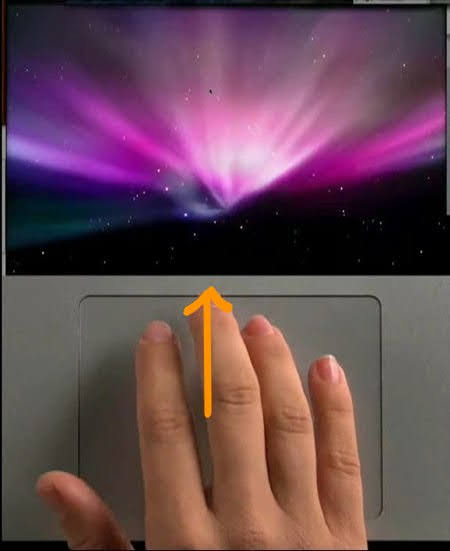 I made the above by watching the video. I think you should check it out when it comes out well organized in the manual.
I tried it with my fingers while cleaning it up, but suddenly, I thought that if I rub my fingers on the trackpad, the fingerprints would wear out.
To avoid slipping when counting, water a sponge and tap it with your finger. What if I put something like soybean oil upside down so that my fingers slide well on the trackpad? How about making something like that and selling it?