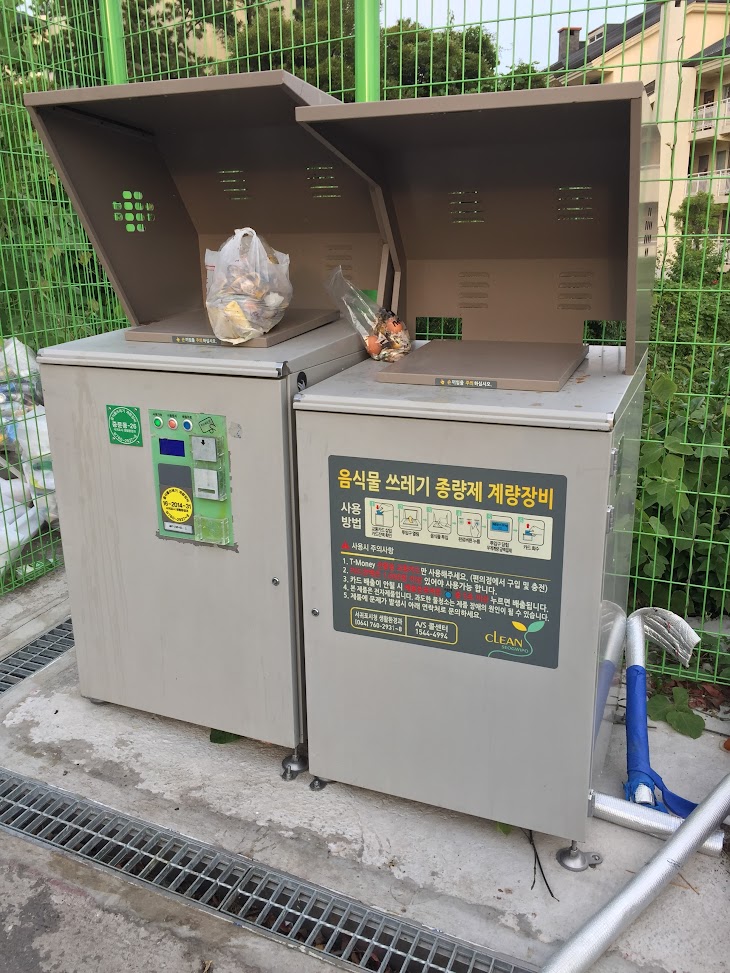 I thought there was something to measure the food waste, but there was only a bin. I read the manual and put the T-money I used in Seoul into the food waste bin, and the door at the top opened. I put garbage inside, and when I closed the door, it said how many kilos, and the payment was made, and the T-money card fell down.

Instead of weighing my trash separately, putting it in the bin weighs the whole, so the difference from the previous one seems to be the weight of my trash.

Here's a look at the procedures in the trash can: 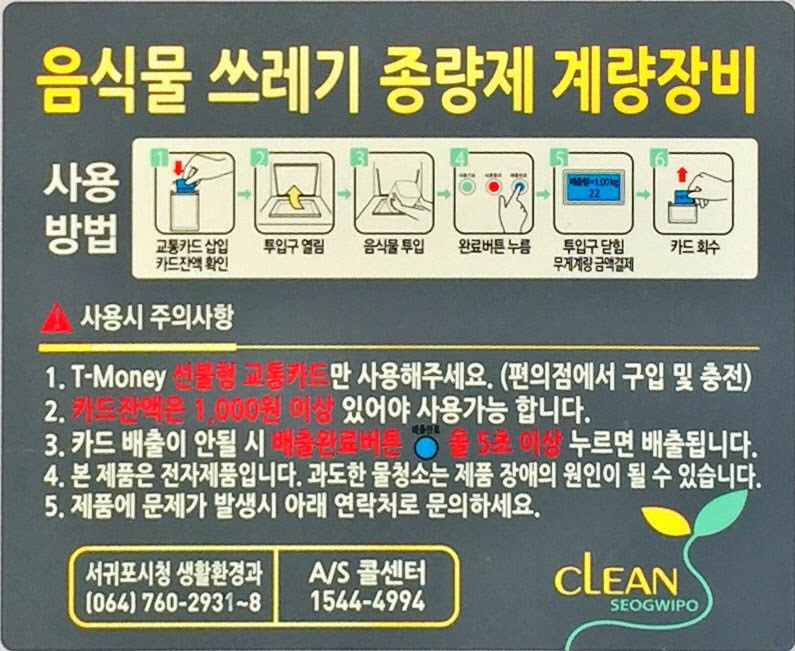 When I looked it up, it said that it was 1 won per 2.2kg, and the transportation card function on the credit card does not work, only T-money.

Jeju residents are given one of these cards per household when they go to the community center. You can also buy a T-money card and use it. Just like T-money, you can recharge and use it at convenience stores. 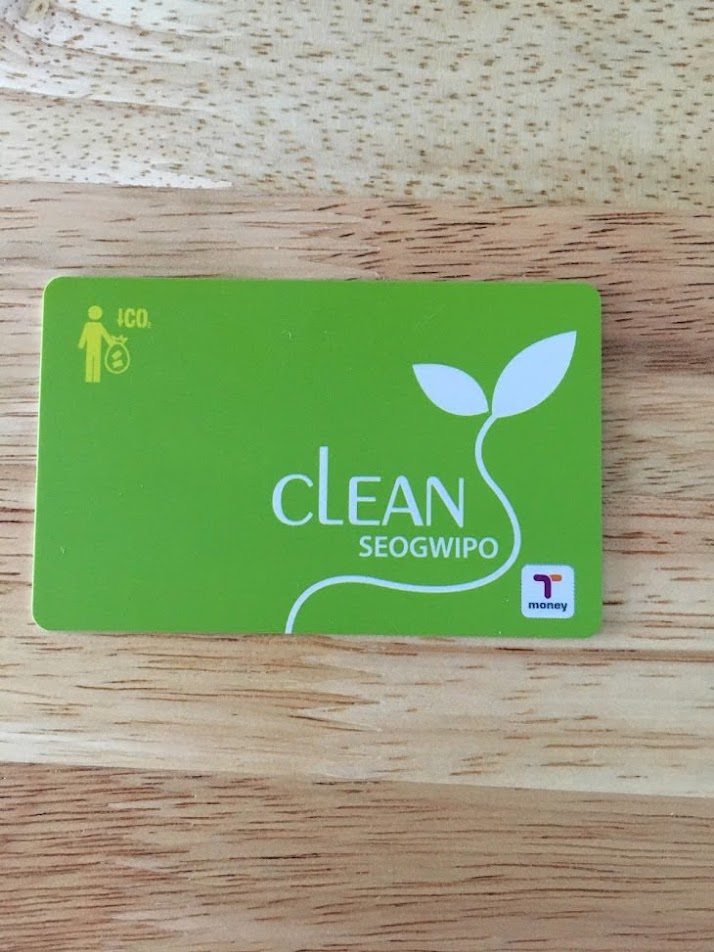 Pay-as-you-go bags are sold in liters by volume because they are not weighed when they are collected.

I found, In case of equipment failure and garbage disposalThere also seems to be You can just put it in a container, but since this is equipment that needs to communicate with RFID, there seems to be a problem like this.

In fact, food waste comes out a lot of water, so it weighs more, so I thought it would cost more, but when I asked around, they said that they don't care because they say that if you charge 1 won, you can use it for about a year.

However, it smells less and cleaner than putting it in a garbage can with a volume-rate bag, but I don't know what will happen again in midsummer.

As I glanced through the documents I found after searching for a while, I realized that various methods were being considered to reduce food waste and odors.

When playing SimCity, the landfill site is also important, and in SimCity 4, I put the landfill site of a nearby city in my city at the end of the city, saying that I would give you money if you let my city do it. As citizens filed complaints, it not only became noisy, but the land was also polluted, and the water quality was also polluted, leading to a drop in land prices. Disposing of garbage is not an easy task.