Toilets in office buildings in Chengdu, China are not very different from those in Korean or Western buildings, but toilets in restaurants and tourist attractions are different.

The photo below was taken last week at the place I went for a walker. It was a bathroom, so I couldn't take a picture, but there was no one there, so I quickly took a picture with my iPhone. 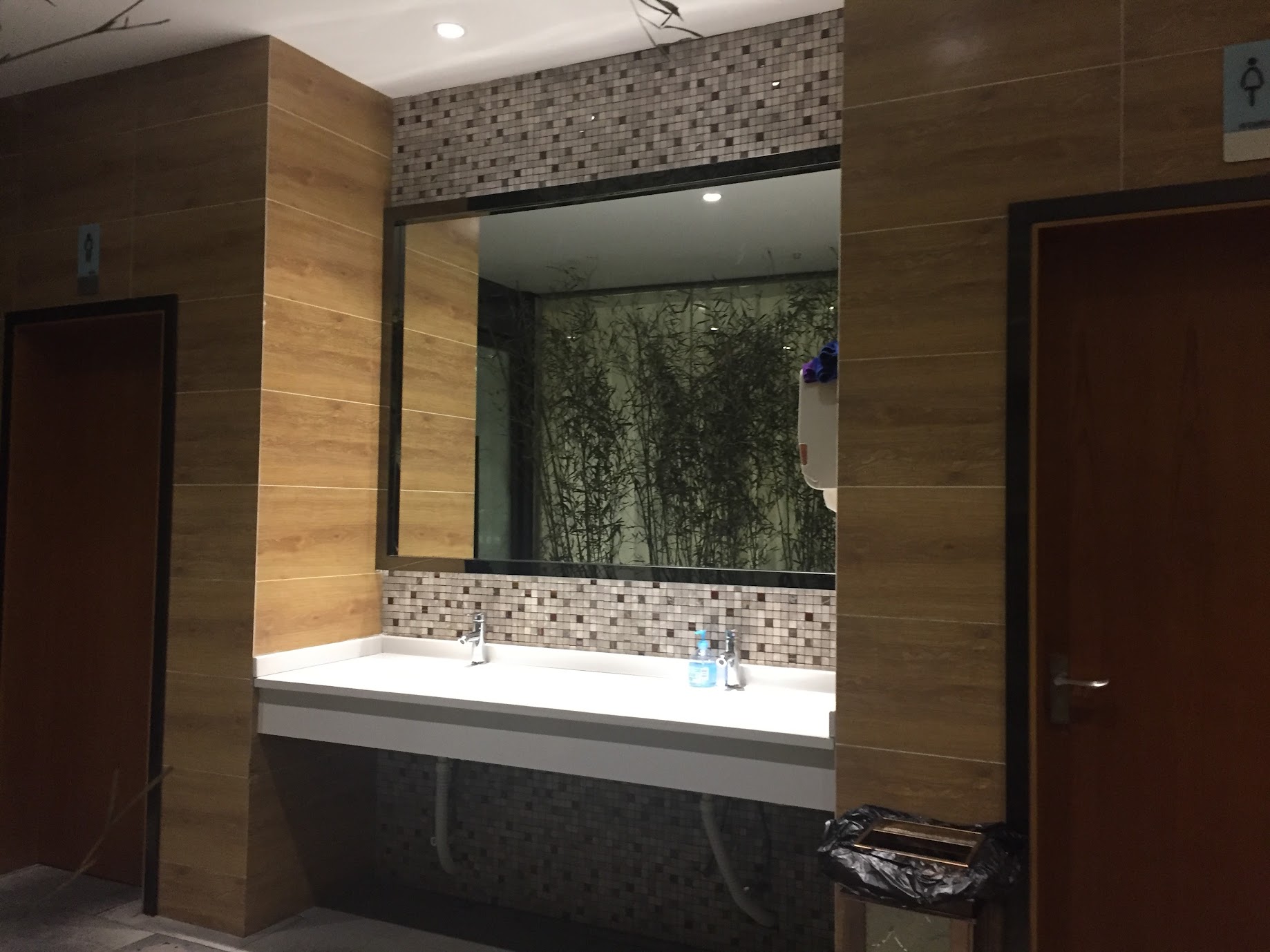 When I asked the staff in Chengdu, I don't know about the other places, but in Chengdu, the sink is outside the toilet.

If you place the washbasin outside so that it can be shared, there is no need to put it in the men's and women's restrooms, so it seems to be efficient from the standpoint of building a toilet.

However, women also fix their makeup, but there is a communal sink outside the bathroom, so you can sometimes see women fixing makeup standing in front of the sink.

Isn't the name of the toilet we're talking about originally a place to do makeup? Not the latrines of the past.

However, in Chengdu, the toilet seems to be a place to wash your hands.

This time at a restaurant in Chengdu, I wanted to ask the waiter in Chinese where to go to the bathroom, so I asked the people I went with and said, “Shishoujien.” Toilet It is said that you can say [ xǐshǒujiān ]. It means a place to wash your hands. It doesn't look like a place for makeup. To the employee in an awkward manner, “Where is Mr. Yoo Ji-en?” I said, let me know if you understand. Next time, “Is it Shisho Yujien?”  洗手间在哪?[xǐshǒujiān zàinǎr] I have to ask in full Chinese.

While constructing the building, flushing the toilet was also emphasized on efficiency, but as time passes, I wonder if there will be a washbasin in the men's and women's toilets like in other countries now.

It's important to be effective and efficient right now, but with time, as people's awareness increases, consideration for women and privacy, etc. become more important. It might not be accepted.